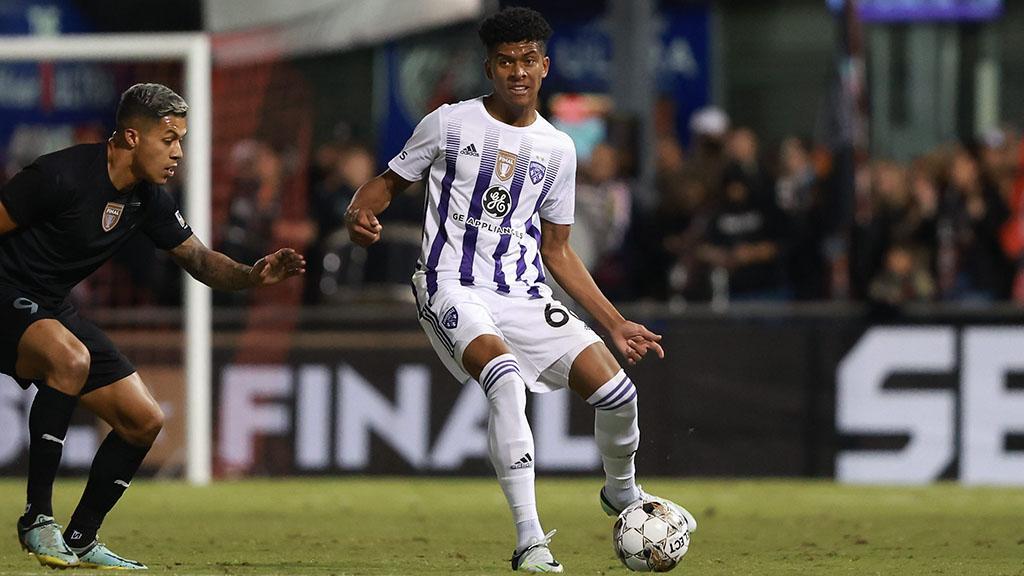 “I mean, it honestly gives me goosebumps,” said O’Connell. “To know where he was coming from and to have met his family, and to know that he’s now potentially on the pathway to be participating in World Cups and Champions Leagues and playing at the highest level, ultimately realizing his dream as a young American soccer player, is incredibly fulfilling.”

In the bigger picture, it also says to O’Connell that the opportunities being afforded players through the USL Academy structure are working.

Three-and-a-half years after his arrival at the USL, when he was tasked with producing a new model that would provide a development platform integrating local youth talent into an academy to professional pipeline, O’Connell is seeing the fruits of his labor.

There has been overseas player movement such as San Antonio FC Academy product Jose Gallegos, now competing in Denmark. There is Wynder’s success at both the domestic and international level – earning his nomination on Thursday for an award previously won by the likes of Landon Donovan and Jozy Altidore – and that of LouCity as a whole, with five current players signed to professional deals from its Academy.

Add the numerous USL Academy products competing for clubs around the USL Championship and League One – and those that are joining the professional ranks like El Paso Locomotive FC offseason signings Diego Abarca and Joel Maldonado – and there’s clearly much more to come in short order.

For O’Connell, Wynder’s rise to national recognition is a proof of concept that can now be looked at by other clubs across the USL ecosystem.

“They’re seeing a clear way in which they can go and find that diamond in the rough player in their backyard,” said O’Connell. “We’re showing these kids in these communities, once they’re given that pathway and the right opportunity to develop in this setting, they can actually become contributors as young men in these senior teams and within winning sides that are competing for championships in the USL Championship and League One.”

Wynder himself has reset the bar for what a top prospect in the USL Championship is.

Recently given a $1 million valuation by TransferMarkt.com, the 17-year-old has earned comparisons to Liverpool center back Virgil van Dijk and is being monitored by top clubs overseas.

A potential move to Europe could come this summer after he turns 18 years old on May 2. It’s almost certain that move will set a USL transfer record – a mark that was raised three times in the past year alone. Wynder’s path will then become one others aim to emulate as the spotlight on young American talent continues to grow.

As expansion USL Championship and League One clubs arrive in new markets over the coming years, and USL Academy programs with them, the potential for the next Josh Wynder to emerge becomes present.

“I don’t think there were many players like Josh, growing up in places like Kentucky, that would have had the opportunities he’s received in the past three years through Louisville City to step into the USL Championship and now eventually our U.S. national youth national teams,” said O’Connell. “It’s incredibly exciting, because USL Academy was ultimately the vehicle and the platform that helped Louisville identify him and create a pathway for him to transition from youth into professional football.

“As we see more clubs in places like El Paso and Albuquerque, New Mexico and countless other communities across the U.S., we're confident that there are more Josh’s to be found that just need the right opportunity and the right pathway to potentially reach new heights like this.”