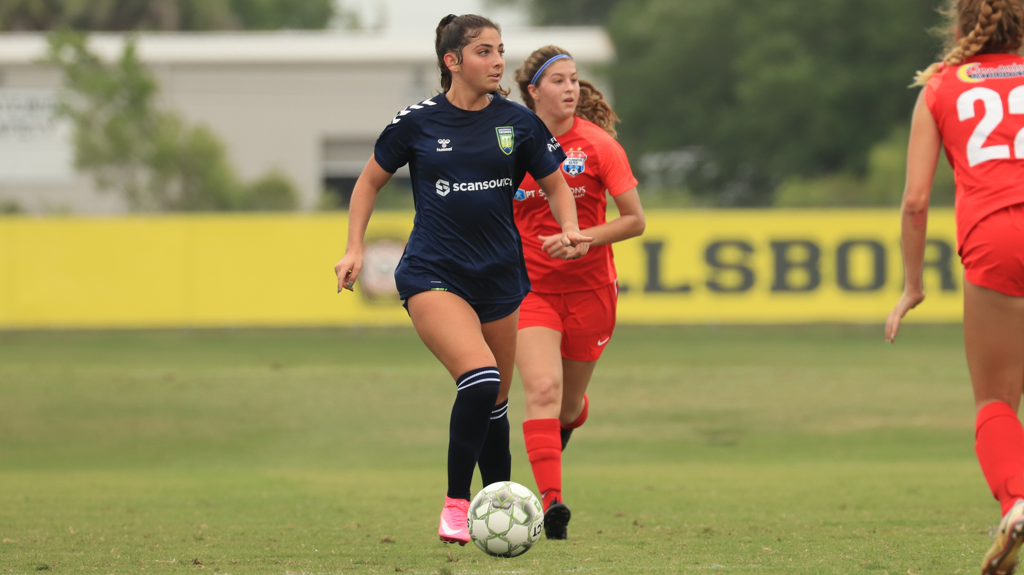 During the 2022 Academy League Finals, the excitement surrounding the addition of the girls’ divisions was in full swing.

“We’re at the 2022 Academy League Finals and there's some amazing talent, but I'm personally looking forward to hosting girls' divisions at the Academy League Finals in the coming years,” said Sarah Brady, Academy Director at the USL. “The inclusion of girls’ divisions allows us to deliver our mission of being the best individual player development platform in the country and elevating soccer in the United States to its fullest potential.”

Tampa Bay United’s Women’s Sporting Director and W League head coach Tricia Taliaferro caught some of the Academy League action over the four-day event. Taliaferro was on hand to support TBU’s boys’ squad which went undefeated in claiming the Playoff Division title after a 2-0 victory against Queensboro FC on Sunday morning.

“The USL continues to be progressive as far as filling the space that's needed in the American soccer landscape and the addition of girls’ divisions in the Academy is proof of that,” said Tailaferro. “We want to be trendsetters in the space, and we want to TBU to continue to push the bar and create more opportunities for our female player and coaches.”

“The strength of the USL is in the clubs – from ownership to operations staff, to players and coaches – and the impact they make directly in their communities. That's where I think TBU comes in as a strong organization as the club supports boys, girls, men and women equally across the board,” said Dr. Missy Price, Vice President of Women’s Soccer at the USL. “With senior teams across the W League and League Two, TBU demonstrates their commitment to player development, and we’re excited to see how they continue this trend for their girls.” 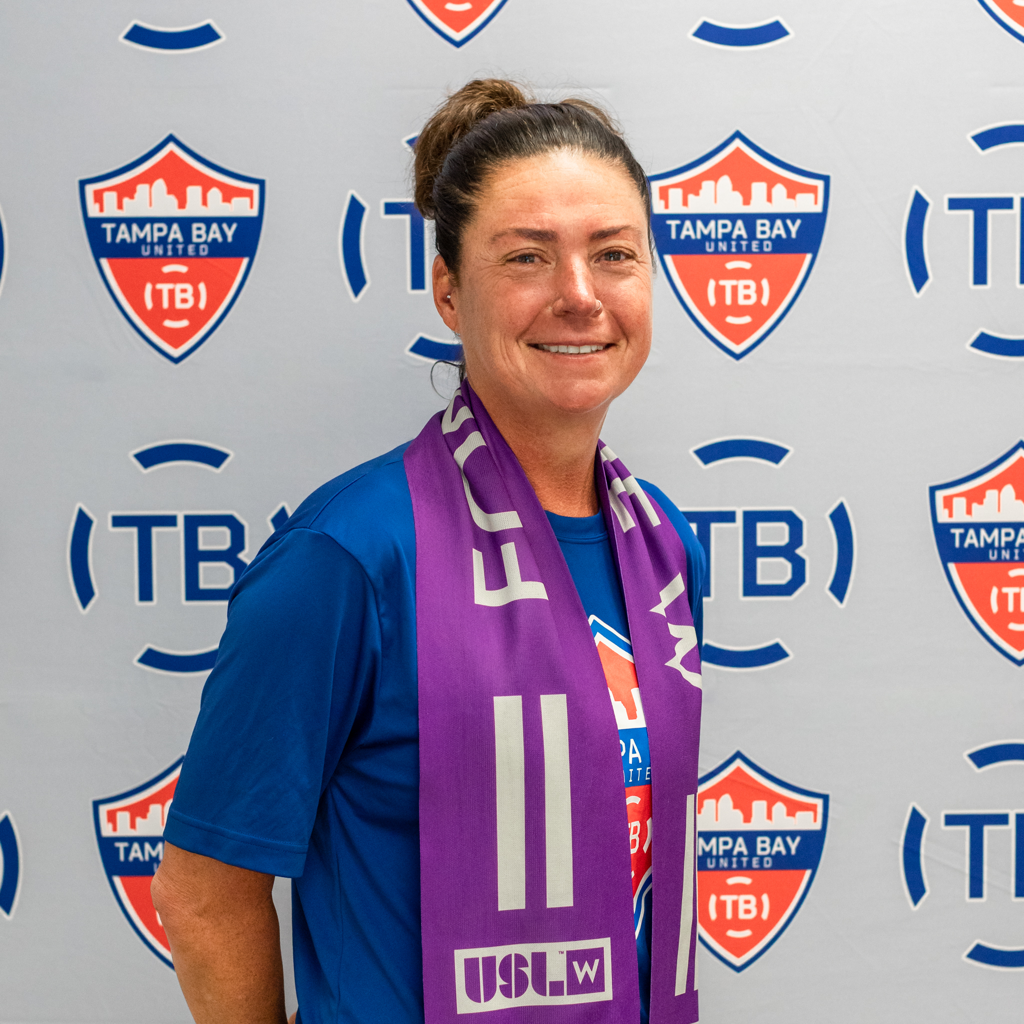 “The response from our member clubs has been incredible,” added Brady. “As soon as we unveiled the addition of the girls’ division, the phone was ringing off the hook with excited clubs looking to offer new opportunities to their local female players.”

While for some clubs, the women’s pathway is fully present already, for others the introduction of the girls’ division is adding new incentive to expand its programming. Among those is USL Championship club New Mexico United, which competed in the Playoff Division of the USL Academy League Finals and saw standout forward Alex Waggoner claim the Golden Boot with six goals.

While NMU does not currently have a girls’ Academy program, the club is excited about the future with the addition of the girls’ division, and the potential it could offer in the way the club’s men’s pathway has already seen local standouts such as Cristian Nava turn professional in the USL Championship.

“We certainly don't want to stop where we are right now,” said New Mexico United’s President Peter Trevisani. “We're going to start what we call 'high performance programming’ on the girls’ side as we currently do with the boys. That means we'll train about once a month to get started and this will help identify the best girls in New Mexico, with the ultimate goal being one day having an Academy girls' team.”

“If you’re good enough, you’re old enough,” said Brady. “Creating equal opportunities across the country for girls and boys to access the beautiful game is what this addition of girls’ divisions to the Academy truly means and we are so excited to launch the platform."

The next step? The 2023 USL Academy Cup in March, which will feature roughly triple the number of girls teams it featured last year.

“Looking ahead to the USL Academy Cup in March, the talent on these fields will be unbelievable,” said Brady. “I’m convinced that there will be future women’s national team players on the pitch.” 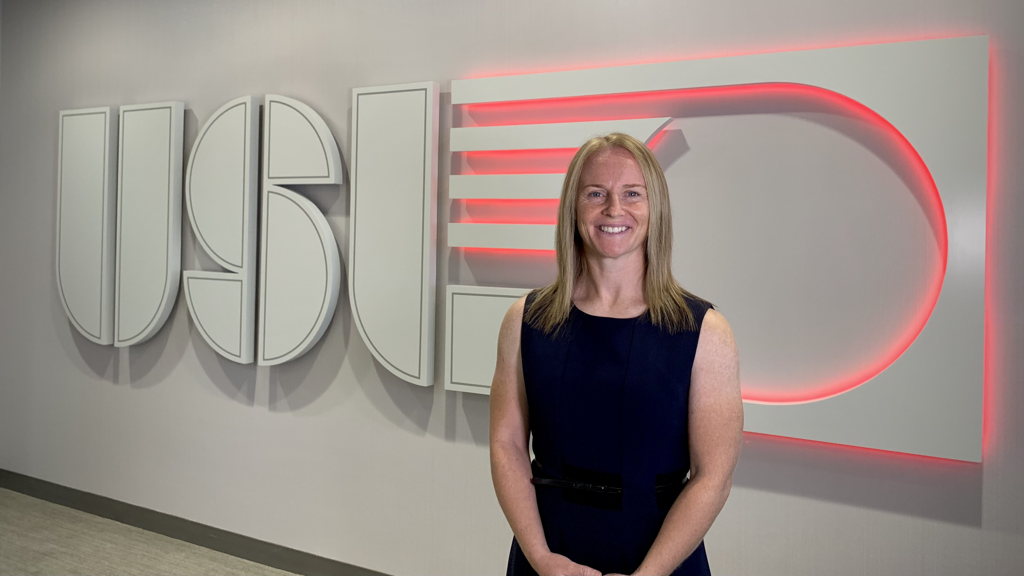