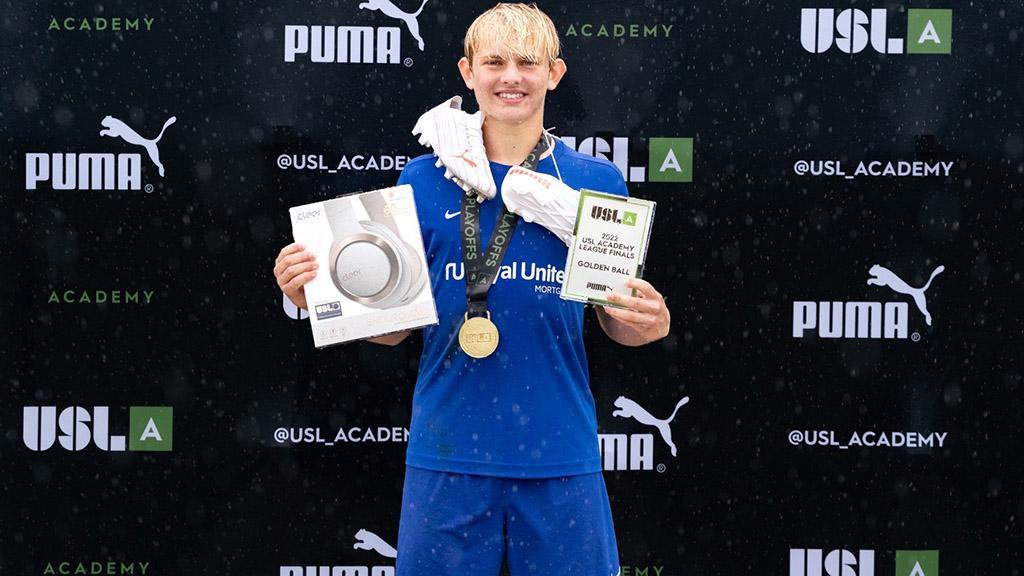 Tampa Bay United's Nicholas Skubis was awarded the Golden Ball at the 2022 USL Academy Finals after leading his side to victory in the Playoff Division tournament.

TAMPA, Fla. – Tampa Bay United midfielder Nicholas Skubis has been awarded the Golden Ball at the 2022 USL Academy Finals, earning the honor of the tournament’s best player after leading his side to victory in the Playoff Division on Sunday morning at the Sportsplex of Tampa Bay.

Skubis was joined by Tampa Bay United teammate Nicolas Mejia as the Golden Glove for best goalkeeper, while New Mexico United’s Alex Waggoner was awarded the Golden Boot as the leading scorer at the event. Queensboro FC’s Diego Gomez was awarded the Coach of the Tournament award.

“Winning a championship is something you always hope to do, so this is awesome, great for the team,” said Skubis. “Playing with all my teammates is awesome, they’re all great players and I’ve learned everything from them. Same with the coaches, too, always pushing you. It’s a great environment.”

Mejia claimed the Golden Glove after recording three shutouts in four games for Tampa Bay, including in the Final against Queensboro FC and in the side’s opening game against 2021 title winner Indy Eleven.

Gomez, meanwhile, led his Queensboro side to a second consecutive appearance in the Academy Final, with the side showing off a high level of technical proficiency and numerous entertaining passages of play.