Nicholas Skubis notches goal, assist to lead side to 2-0 victory against Queensboro FC 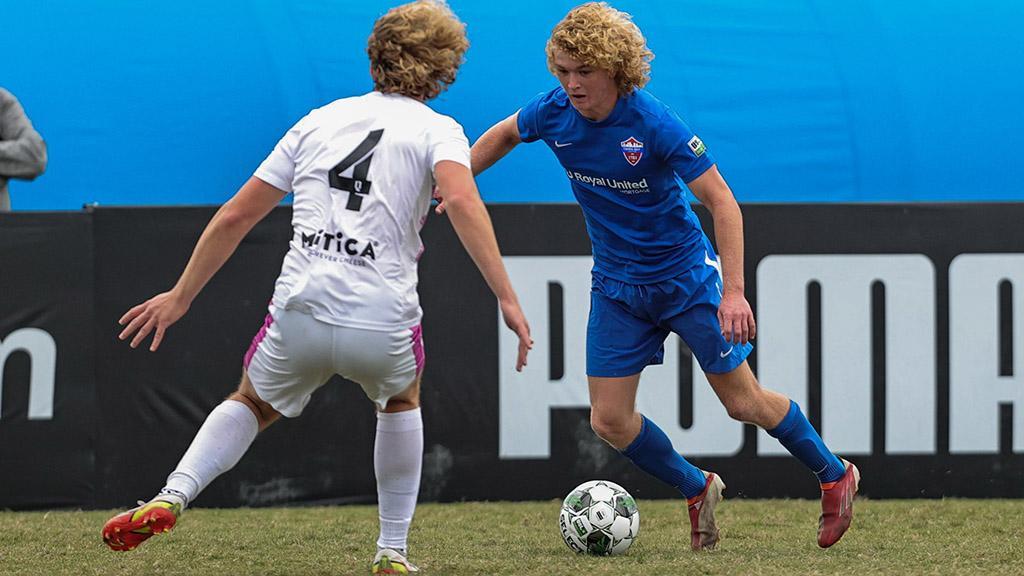 TAMPA, Fla. – A goal and assist by Nicholas Skubis sent Tampa Bay United to a 2-0 victory against Queensboro FC to claim the 2022 USL Academy League Final on Sunday morning at the Sportsplex of Tampa Bay, ending an undefeated week with victory with goals in either half as Queensboro was left to settle for second place for a second consecutive year.

Both attacks made probing moves early in the first half, but Tampa Bay took advantage of the first big opportunity for either side to take the lead in the 14th minute. A sweeping pass from the left channel found Asher Jones in the right side of the penalty area, and the right back cut back a pass for Nicholas Skubis to fire a first-time shot into the top-left corner of the net.

Queensboro had a chance to level eight minutes before halftime when Moussa Diarra cut in from the right flank and fired a near-post shot that was saved by TBU goalkeeper Nicolas Mejia. Tampa Bay went close to doubling its advantage inside the opening minute of the second half as Skubis slid a pass through to Oliver Blake on the left, whose near-post cross toward Jones was deflected behind for a corner.

Tampa Bay had another chance in the 48th minute as Daniel Lugo took on his defender in the left channel and produced a left-footed shot that was deflected over the crossbar. Queensboro, meanwhile, had Jonathan Santillan shoot low into the near side-netting from the left side of the penalty area three minutes later. TBU had a big chance to add to its lead in the 54th minute when Blake beat the offside trap but sent his finish on a one-on-one opportunity off the right post, and in the aftermath Skubis flashed a shot just wide of the right post.

Santillan threatened again with 11 minutes to go on a long-range shot that was saved by Mejia, while a minute later Tampa Bay went close as Jones set up Daniel Freire for a shot that was deflected wide of the left post. Off the ensuing corner, however, TBU added its second as a deep delivery by Skubis found Blake at the back post for a close-range finish, closing out the victory.