Eight teams will play in a Playoff Bracket, hoping to win a championship 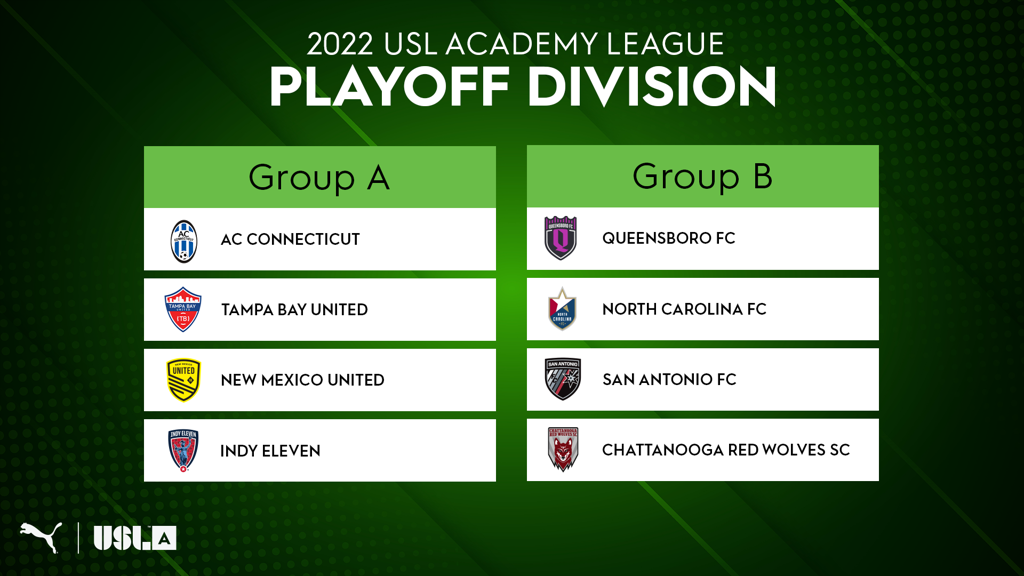 TAMPA, Fla. – The United Soccer League announced today the 30 teams set to compete in the 2022 USL Academy League Finals starting on Thursday, November 17 at the Tournament SportsPlex of Tampa Bay.

The Finals will be divided into two brackets: the Playoff Bracket and Showcase Bracket.

The Playoff Bracket consists of eight teams that won their divisions over the course of the Academy League season. These eight teams have been sorted into two groups, where they will play round-robin matches within their groups on each day of the Finals. The top teams in each Playoff Bracket group will then play in the Academy League Championship on Sunday, November 20 at 2 p.m. ET. 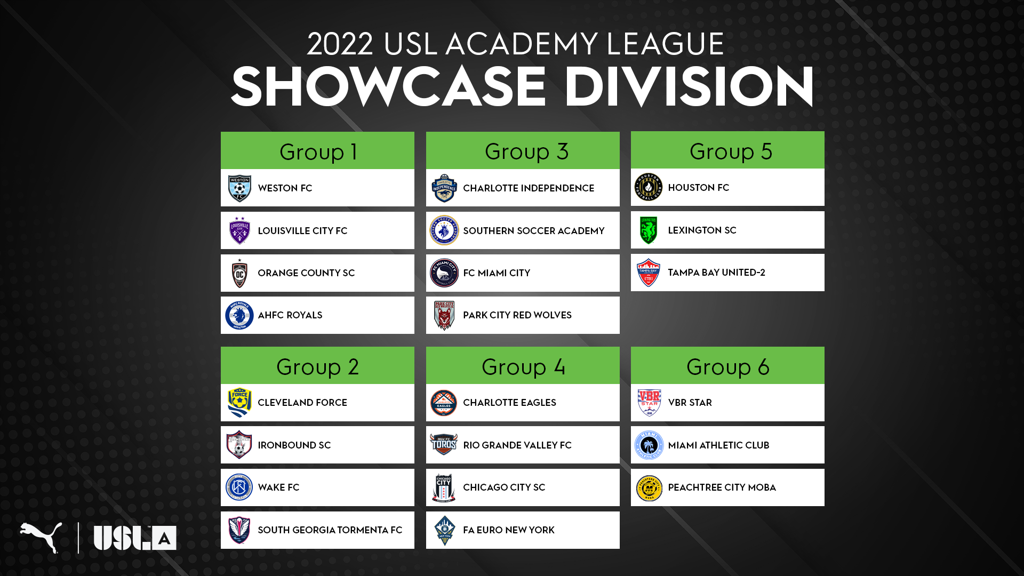 The Showcase Bracket will contain 22 other teams set to compete against clubs from across the USL ecosystem, to demonstrate the skills of their prospects on a national stage. The 22 teams have been divided into six groups. Four groups contain four teams, while the remaining two each contain three. The Showcase Brackets will feature group-play across all four days, allowing teams to compete against clubs that ranked similarly in the USL Academy League standings and from outside of their respective territories, to encourage quality competition and unique opponents.

*The Miami FC was originally placed in Showcase Group 5 but is unable to attend. Tampa Bay United will field a second team to compete in the Showcase Bracket.

The first session of matches will kick off Thursday, November 17th at 9 a.m. ET.

View the schedule of matches for the 2022 Academy League Finals!

Check out our recap of the 2021 Academy League Finals!