Sarah Brady: We are building a foundation for a sustainable pathway 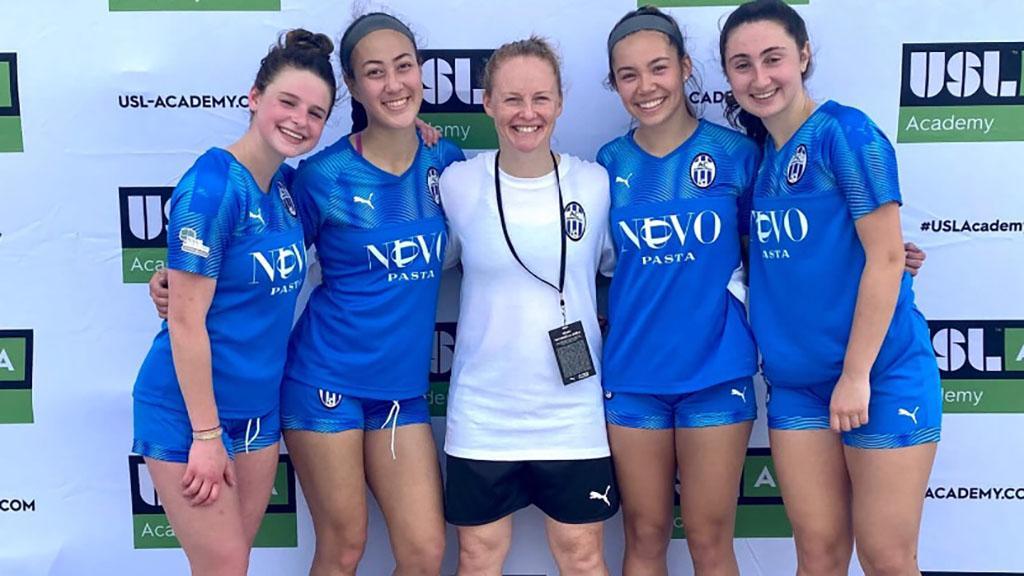 Newly appointed USL Academy Director Sarah Brady is a decorated coach at the youth, collegiate and pre-professional levels, and eager for her new role at league headquarters.

One of the best personalities in women’s soccer, Sarah Brady, is set to spearhead the USL Academy for girls. Brady is a decorated coach at the youth, collegiate and pre-professional levels. Brady’s passion for the women’s game and her hometown favorite Liverpool FC shone through when she sat down with the USLWLeague.com’s Lisa Padan for an in-depth Q and A.

USLWLeague.com’s Lisa Padan: Tell me about your playing career.

Sarah Brady: My playing career ended too soon unfortunately - the body gave in before the heart did. Where I grew up, we had a different system, so I was 11 years old playing for the high school team, which is technically under 16, so the kit was massive. I was playing at Evans Academy and played all the way up the women’s team, so it was enjoyable. I had bad injuries as I was a little bit more overskilled and underpowered physically, so it caught up with me. I loved it, I wish I could have played longer but unfortunately that wasn’t my path.

USLWLeague.com: Where did your passion for soccer come from?

SB: I am very lucky that I was born into it. My dad was a member of the travelling Kop when Liverpool were great. I know everyone thinks that they are great now, but they used to be truly great. They were the biggest club in the world, so back in the ‘60s and then mainly the ‘70s and the ‘80s my dad was a member of the traveling Kop. I was born in the back end of 1984, so I caught the tail end, but I grew up in a city that loves football, and I grew up in a family that loves football. Lucky enough for me we're on the red side of Liverpool, so we got a lot of success early. The ‘90s were tough, but the good times are back now.

Liverpool is a sporting city, but predominantly a football city, so I was very lucky. The circumstances definitely ignited everything for me. 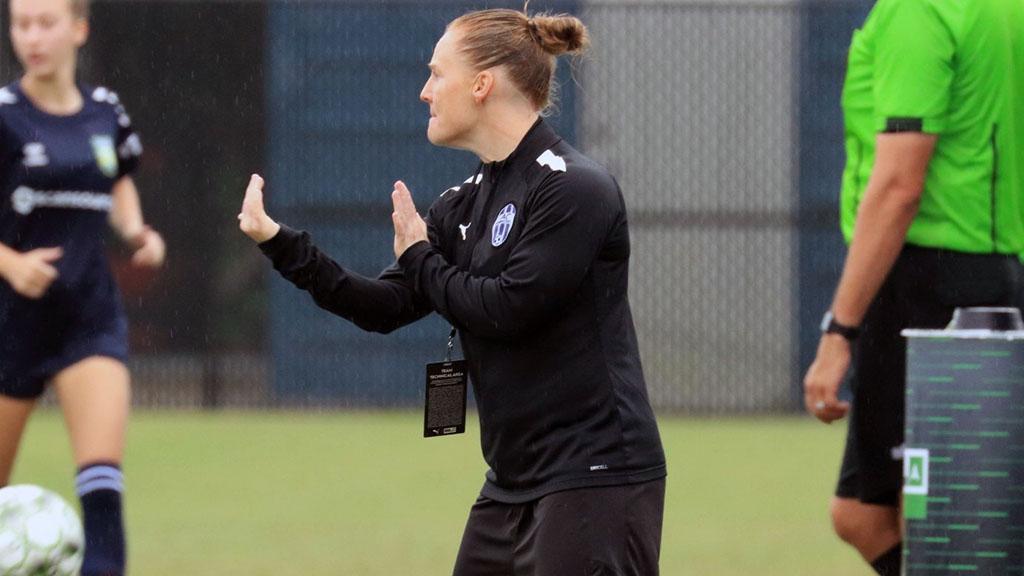 Sarah Brady coached AC Connecticut's U-17s at this year's USL Academy Cup, and also led the club through its inaugural season in the USL W League this summer.

USLWLeague.com: You started coaching pretty quickly after your playing career ended – walk us through those first coaching roles?

SB: I was the most enthusiastic person in the world, especially when I came to football. I just loved it. [Not being involved in football] was not a divorce I could handle, so if I couldn't play, I'm still coming to training, I'm still coming to everything I can. So, what started off as 'just go and warm this group up, that group up,' essentially just go over there and put the energy to use, I ended up quite a good little coach from the warming up perspective. I had my degree in sporting exercise science, so I had a little bit of strength, additional knowledge.

Then I got moved on with the kids, with the little ones like that you can demonstrate and stuff like that, and from there I started to move up. It happened pretty seamlessly. Then there was the big thing, the big change when I decided I was going to go into coaching as a career. I did the FA Level One license, which is your grassroots license, and I was really fortunate to befriend an instructor called Steve Hill. He was high up at the time at the Liverpool FA, and he just really liked what I brought to coaching. He said to me, "you know, if you want a future in coaching you need to go to America," so I did what I was told, and I’ve been here ever since.

USLWLeague.com: What made you want to make the jump from coaching on the field, to working in a league office?

SB: I think the answer to that question can be summed up in one word - “impact.” I love being in my boots, I love being on the ground with players, I love teaching, but I'm really excited about what the USL is delivering. There is such a massive group of underserved talent and when the job opportunity for this role became available, I read the job description and knew it was meant to be. One of my career goals is to make a global impact on the women’s game. I believe this role allows me to impact many more players than just my own players within my team. 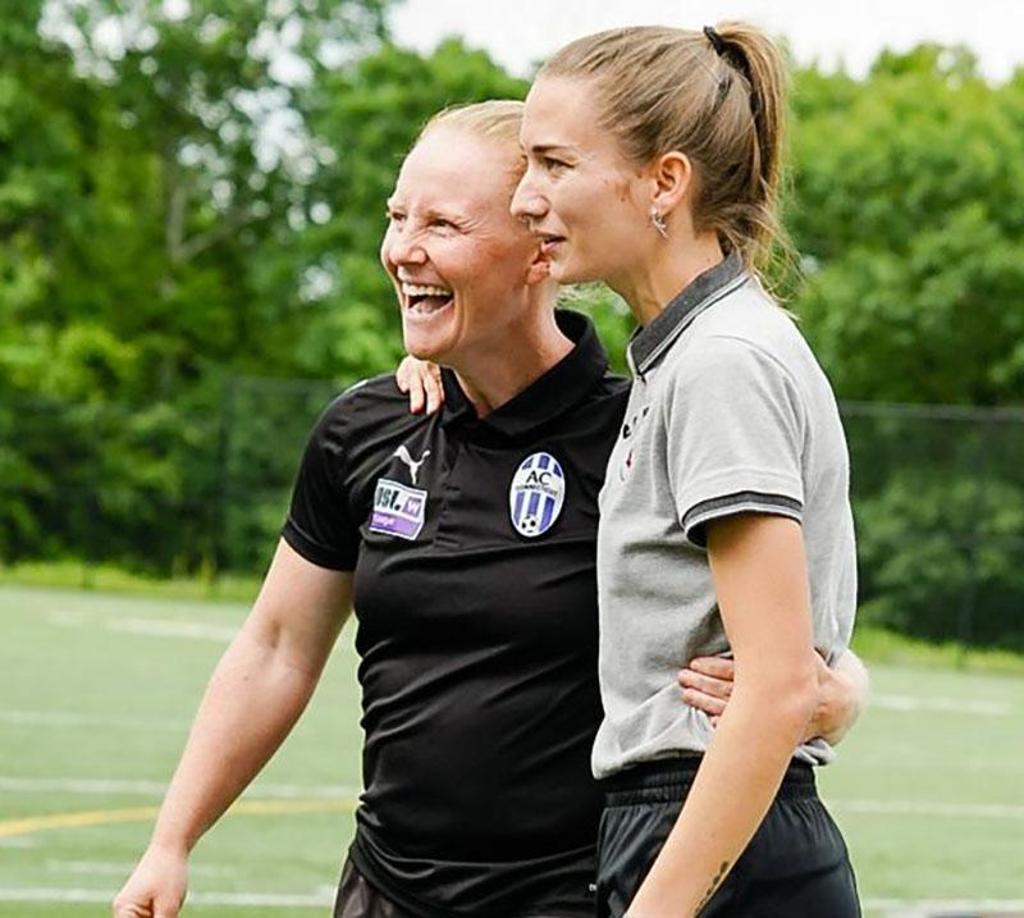 USLWLeague.com: What is the importance of the Women’s Pathway and what the USL is building?

SB: When it comes to women soccer, we always want to make everything sustainable. There's talent here, there's excitement here, but unfortunately what history has taught us is leagues have not been built with sustainability in mind. What we are doing here is building a foundation for a sustainable pathway, where an individual player can have a completely linear, fluid and progressive system where players can develop on their own, individual pathway.

What I'm really excited about with the women’s pathway at the USL is that it caters for every player to eventually make it to the professional level if they choose to do so without short circuiting anything. It's the foundation and the sustainability. That is what I truly believe makes this model far more likely to succeed.

USLWLeague.com: What is your coaching philosophy?

SB: I think my coaching philosophy is definitely developed but it's always around the core that if you’re good enough, you're old enough. That's something I put into action when I was on the ground level as an Academy coach and a W League coach – we added Academy players into the W League team every week. I believe talent needs opportunity and we shouldn't always put age brackets around that – honestly, if you're good, if you're really good, you shouldn’t be playing at your own age anyway – so it's always about the growth opportunity of playing.

I'm also really passionate about uniting player pools. I think we've divided the player pool, sometimes unintentionally, in coaching in this country after the youth levels, and I think America will greatly benefit from putting the player pools together. Talent has to play with talent and against talent to truly develop.

USLWLeague.com: What is your most memorable soccer moment?

SB: Most memorable football moment? That is hard. I mean, Liverpool’s comeback in the 2005 Champions League Final was incredible, mainly because we came back from the dead, but it was because it epitomized the Liverpool spirit. I think there's a lot of people who come out of Liverpool and a lot of people say to me, ‘you've been in America for 13, 14 years, you have last year,’ but there are some things that never leave you, and that was not just as a Liverpool fan, but just as a as a Scouser, that kind of 'you can't beat us, you can't defeat us, you can knock us, you can kick us down the hill, but we're coming right back up there.’ So, Istanbul in 2005.

The nice thing is that I met my dad in town – we've gone to a lot of big cup finals, like Athens in 2007 – but that one we chose to stay in Liverpool, largely 'cause I had exams at university, and we couldn't get tickets. We were like, ‘look we'll watch it in Liverpool instead,’ and it was better. A lot of people who went to the Atatürk speak volumes of it but being in Liverpool when Liverpool won the European Corp after so many years of just rubbish performances, and then the manner in which they did, coming back from three-nil down, I’m going to say that’s probably one of the greatest club sides ever.

The spirit and the magic of Istanbul in 2005, it's very basic for a Liverpool fan, but I'd definitely go with that one.