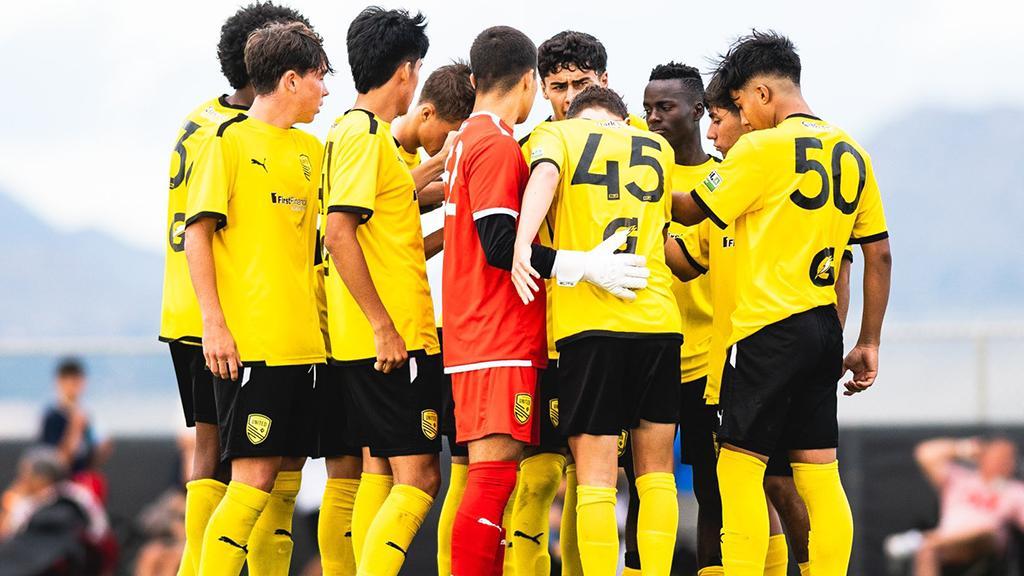 ALBUQUERQUE, N.M. – For the New Mexico United Academy, the inaugural edition of the Somos Unidos Cup was a chance to see how it stacked up against three top-flight Academy programs from the United States and Mexico.

Coming through three games with an undefeated record – earning victory against Atlanta United FC before ending all square against Monterrey CF and the Colorado Rapids – the progression of the club’s top young talent was evident.

“These are big teams joining us,” said New Mexico forward Aaron Cisneros. “There’s Atlanta, Monterrey, and Colorado Rapids. And we know we can compete with those teams, and with any team. We just need to come out and play the way we did today. We were playing against top players – against National Team players – and we showed that we belong.”

Cisneros helped New Mexico claim its biggest result of the tournament in its opener on Thursday night at the First Financial Training Center in Albuquerque, one of four players to find the net in a 4-1 victory against Atlanta that saw the guests from Georgia initially open the scoring.

New Mexico rallied again on Saturday night as Mikah Madrid scored a second-half goal to earn a 1-1 draw against Rayados despite being reduced to 10 players earlier in the half. Monterrey went on to claim the event with a 2-0-1 record – defeating both Atlanta and Colorado – before New Mexico played the Rapids to a 0-0 draw to close out the event on Sunday.

“They’re an amazing group,” said New Mexico Academy Coach Luke Sanford. “They have so much grit, resilience, and confidence in themselves and each other. … We told them at halftime ‘You guys are good! Come out and play with confidence in who you are.’ I’m so extremely proud of them. … I hope people are really excited to watch these guys play. It’s a lot of fun.”

The first edition of the event brought more than 600 fans in attendances across the three days, raising money to support the Somos Unidos Foundation, which works to make the New Mexico United Academy free for every player.