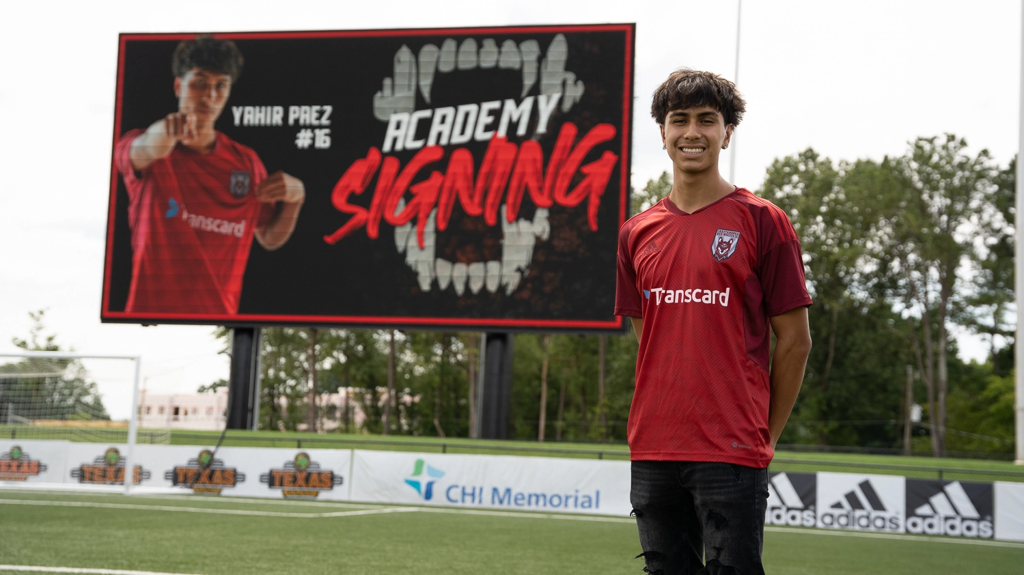 Paez, a native of Dalton, Ga., says, “It’s a dream come true because my parents are so supportive of me and I am happy I can make them proud. It feels great to sign with the Red Wolves due to how many competitive players play alongside me in the academy.”

On his journey to signing a contract and giving advice to current academy players, Paez said, “Last year Coach Mark [Ward] told me he saw potential in me, and it made me drop outside distractions and better focus on my game. My advice to the academy players is that anything is possible and to always be ready to take your chance when it comes.”

Academy Sporting Director Luke Winter spoke about the importance of a competitive academy and the strength that a strong academy provides to the club saying, “This is what the academy is working towards. Cristian [Zaragoza] was the first but was very much the only player in contention for a professional contract at the time. Now we have Yahir signing an academy contract and multiple other players are currently being looked at or have been looked at by the first team as potential signings. This is the path to pro that we are excited to be a part of.

"It’s exciting for Yahir that his hard work has paid off, but also exciting for the academy staff like Mark and John who have played a pivotal role in the process of developing and shaping our academy prospects. I believe that there is more to come from our academy.”

First team Head Coach Jimmy Obleda praised Yahir’s work ethic and ability to achieve a professional contract while also commending the work that the academy is doing saying, “The signing of Yahir Paez to the first team is another testament to the work that the Red Wolves Academy is doing in developing players for the next level and for the professional game. Yahir shows maturity and an aptitude to play that we’ve been very happy to see in his time with the academy. For that reason, we have brought him into training and to sign a contract with the first team. We have high expectations for him and he has a very high ceiling for the future with his potential to contribute to the first team squad.”

Club President and General Manager Sean McDaniel added, “Having professional level players like Yahir in our own Red Wolves Academy continues fulfilling the mission of building a strong soccer platform in Chattanooga.”

Yahir says although he is proud to be the second-ever Red Wolves Academy player to sign a professional contract, his work is not done: “My main goal is to eventually play for the club and debut.”