Situated in a soccer hotbed, the next Omar Salgado or Ricardo Pepi will likely emerge as a Locomotive FC player 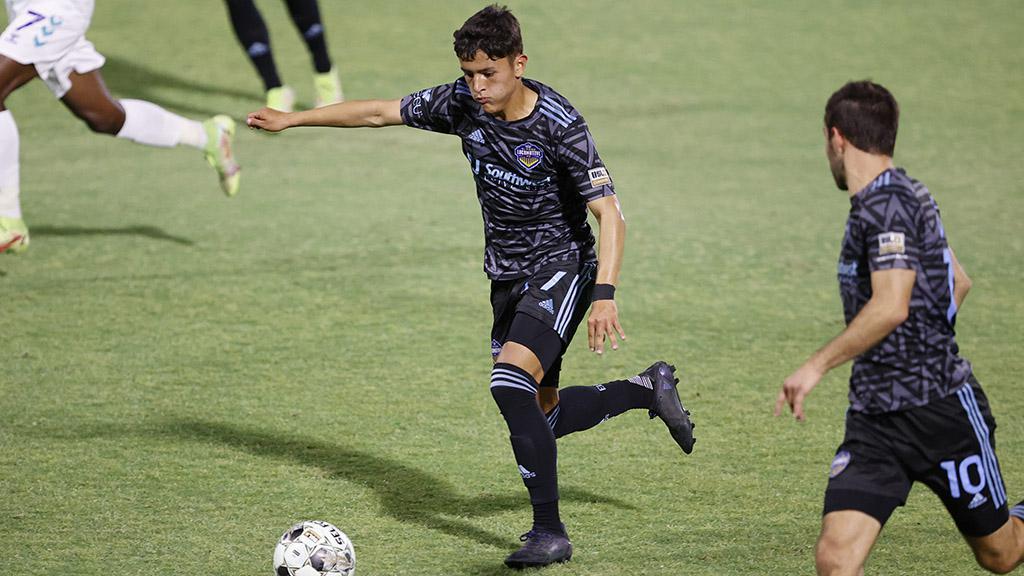 El Paso Locomotive FC's Diego Abarca is one of five USL Academy signings to have played in the USL Championship this season as the club's investment in one of American soccer's hotbeds has quickly paid off. | Photo courtesy Ivan Pierre Aguirre / El Paso L

Looking back, Omar Salgado’s experience as one of the top young soccer players in El Paso, Texas seems from another era.

“To get good, competitive games, you really had to leave outside of El Paso,” the former United States youth international said recently. “There wasn't really a big, structured league that provided competitive games week-in and week-out. So, I spent most of my childhood traveling across the United States with my teammates, playing tournaments all over.”

Playing for the Texas Fire in the youth ranks in the mid-2000s, exposure and the potential to progress was gained through an arduous schedule of travel tournaments that sent his side to places like Houston, San Antonio, Dallas and even further afield for the chance to compete and get spotted by a professional club or a national team scout.

Nowadays things are very different, for the better.

The advent of the Academy era at all levels – including the burgeoning investment and competition within the USL Academy League – and opportunities for First Team soccer in the USL Championship and League One as USL Academy signings has changed the entire landscape. Where previously players such as El Paso natives like Salgado, current United States international and FC Augsburg forward Ricardo Pepi and Newcastle United FC forward Santiago Munoz had to leave to fulfill their promise, that potential now exists close to home.

For Salgado – who joined the Chivas de Guadalajara’s Academy as a teenager to pursue his professional goals – the change is welcome. It’s also a development that he believes has fueled the country’s upward ascent in visibility and competitiveness at the international level. 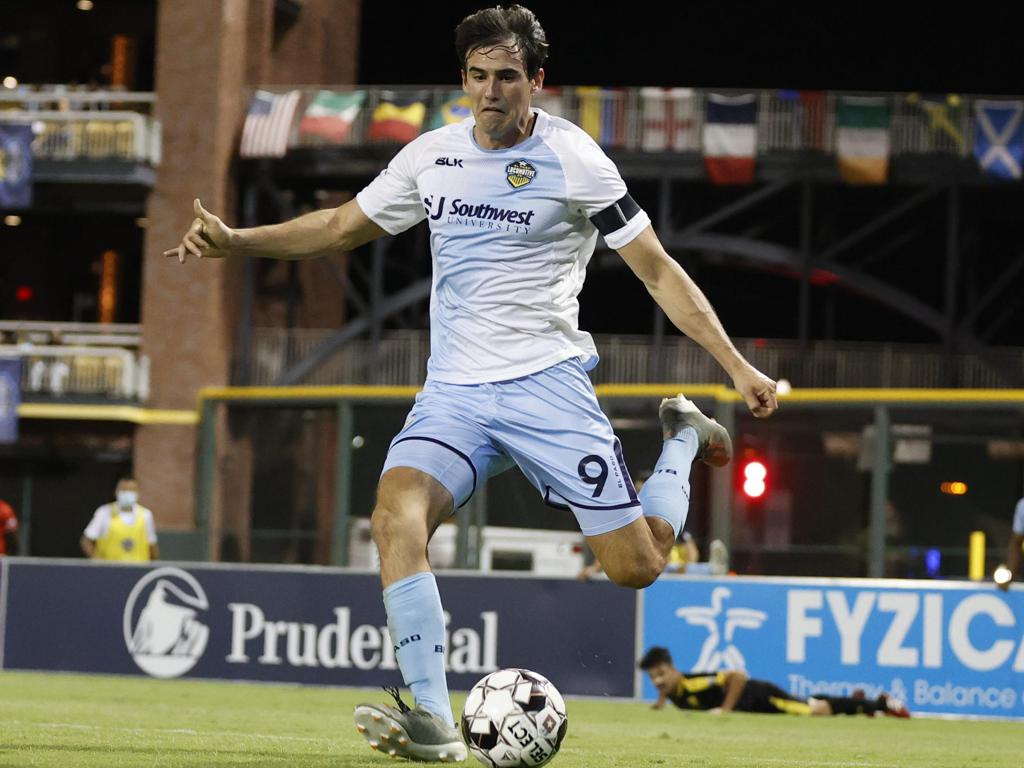 “An American kid right now growing up in the U.S. is in an ideal situation, in my opinion, because there is now a competitive structure and leagues that provides them with what they need to be able to succeed and thrive in international soccer,” said Salgado. “I think when we were growing up, U.S. Soccer wasn't what it is now. It wasn't really seen as a world power, as a thriving Academy system, and I think that's changed ever since the creation of the MLS Academy. Now this huge Academy has been built in the USL, and it’s changed the game for everyone.”

The shift has been noticeable, and so has the level of talent starting to be exported from the league to higher levels. At Locomotive FC, that pipeline has begun to emerge over the past year. There are currently 12 players signed to USL Academy contracts on the First Team roster, and five have seen First Team action this campaign. This past weekend, with El Paso’s squad shorthanded due to international call-ups and Diego Luna’s transfer to Real Salt Lake, it was the turn of Diego Garcia to make his debut. The 15-year-old came on as an 84th-minute substitute as Locomotive FC and helped the side hold one-goal lead on the road against Phoenix Rising FC.

They’re first steps, but they’ve been achieved rapidly. Through major investment by Locomotive FC’s ownership group, the club’s Academy has quickly grown over the past nine months to deliver opportunities for the young talent currently present in the Borderplex. For El Paso General Manager Andrew Forrest, the tangible reality that presents has opened a new horizon. As they train and compete adjacent to or alongside Locomotive FC’s First Team – which features both experienced professionals and senior internationals from the region – players can now fulfil their aims as future professionals without having to leave home.

“I think they can see it,” said Forrest “[The idea of] ‘you could go to FC Dallas and you could become the next Ricardo,’ that’s really hard to do. In addition, it’s not right in front of them. They can’t see it every day. Our kids train one field over from where our professionals play, and they overlap on their training sessions so they can see the First Team there. They’ve all had opportunities to be in the First Team training environment, so it’s not just some philosophical thing you read about in a book. They can see it, they can see their teammates playing there. They’re in that environment and they’re able to feel it, touch it, smell it, and be part of it.”

For Locomotive FC’s emerging Academy group, there was no better example of what can be possible than Luna. Arriving at the club to turn professional aged 17 years old from the Barca AZ Academy, the attacking playmaker grabbed his opportunity when handed it by former Head Coach Mark Lowry a season ago. Part of the United States U-20 Men’s National Team that kicks off at the Concacaf U-20 Championship in Honduras this weekend, Luna’s future following a recent high-profile transfer to Major League Soccer’s Real Salt Lake couldn’t appear brighter, with El Paso’s environment having played a key factor in that progression.

As someone who was familiar with Luna during his time in the youth ranks Northern California’s Bay Area, United States U-20s Head Coach Mikey Varas said the player he saw after a season in El Paso had become something different, and more well-rounded, than he remembered.

“I hadn't seen Diego for probably about two-and-a-half, three years and then I saw him in Revelations Cup and with El Paso right before that, and what I saw was a complete focus, intensity, and energy of wanting to prove that he is a top footballer,” said Varas. “Diego is always an exceptional attacking talent. But if you watch Diego now, he’s still an exceptional attacking talent who will run through a wall for his team and will not stop running an entire game. It’s been really impressive, and it’s something that we’re really proud of.”

Forrest believes Luna’s decision to join the professional ranks at Locomotive FC played a role in that progression. Faced with the demands of the professional game, Luna’s relationship with not only Lowry and current Locomotive FC Head Coach John Hutchinson but also veteran midfielder Richie Ryan helped the 2021 USL Championship Young Player of the Year finalist understand what it took to reach his goals.

“That's tutelage from Richie Ryan, and credit to Diego, who was open to hearing what it means to be a pro,” said Forrest. “We all know Diego’s talent is undeniable, but is he willing to be a professional and do the things behind the scenes off the field? The rehab, the prehab, conducting yourself correctly on the road? I think Richie and Diego had a very special relationship. I don’t know if Richie could have taught him one thing about how to be offensive player, but he could teach him everything about how to be a team player.” 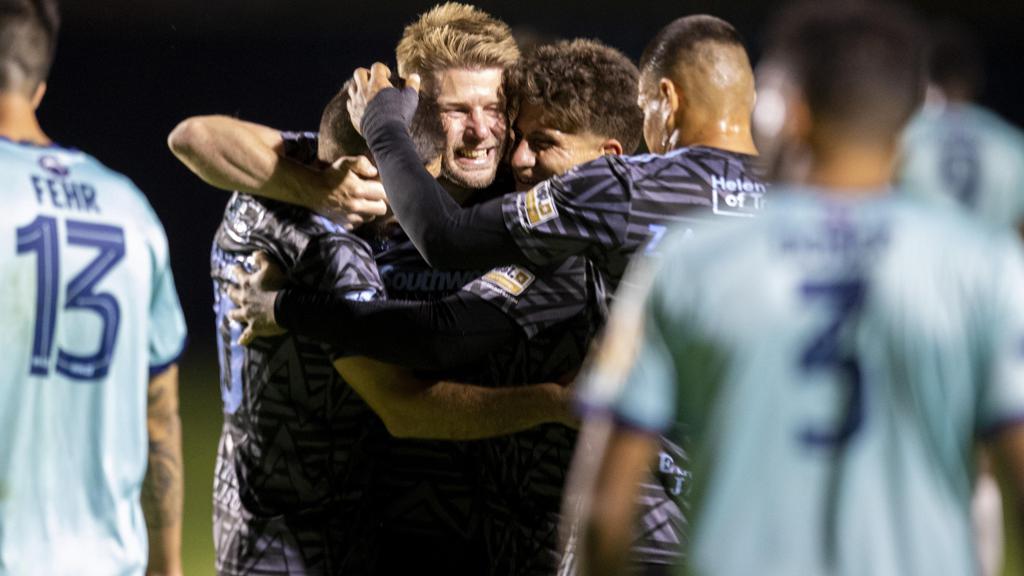 Luna’s move to Real Salt Lake was one example, but it’s become clear the pathway is opening for young, talented players to make the USL Championship the launching point for their careers. This week’s transfer of Orange County SC talent Kobi Henry to Ligue 1’s Stade de Reims and the move of 2021 USL Championship Young Player of the Year Jonathan Gomez from Louisville City FC to La Liga’s Real Sociedad are among five transfers to European clubs that have occurred in the past six months from the league.

With other talented prospects such as Louisville City FC’s Joshua Wynder, New Mexico United’s Cristian Nava and Indy Eleven’s Alann Torres recently making the jump to the professional ranks for their hometown clubs, it may not be long before the first true homegrown El Paso product is making waves in the Championship, and potentially further afield.

When they do, they’ll be following in the footsteps of Salgado, Pepi, Munoz and others who emerged from the soccer hotbed, and getting the opportunity to do so on their own terms in their own communities.

“Speaking to many agents around the world, American soccer players are in demand,” said Salgado. “The more and more academies that are built, the more and more USL, MLS continues to grow, it will follow this demand that we've continued to see over the last couple of years. It provides a lot of opportunities for American kids to be able to stay close to home, stay in a situation where they’re comfortable without having to go to Mexico, Europe, wherever that might be, and still excel and succeed and possibly end up playing for playing for Real Madrid, playing for Chelsea, end up playing for one of these big clubs as a star, like Christian Pulisic.

“I think soccer is in the U.S. is definitely headed in the right direction, and all of these academies are what’s pushing that growth.”