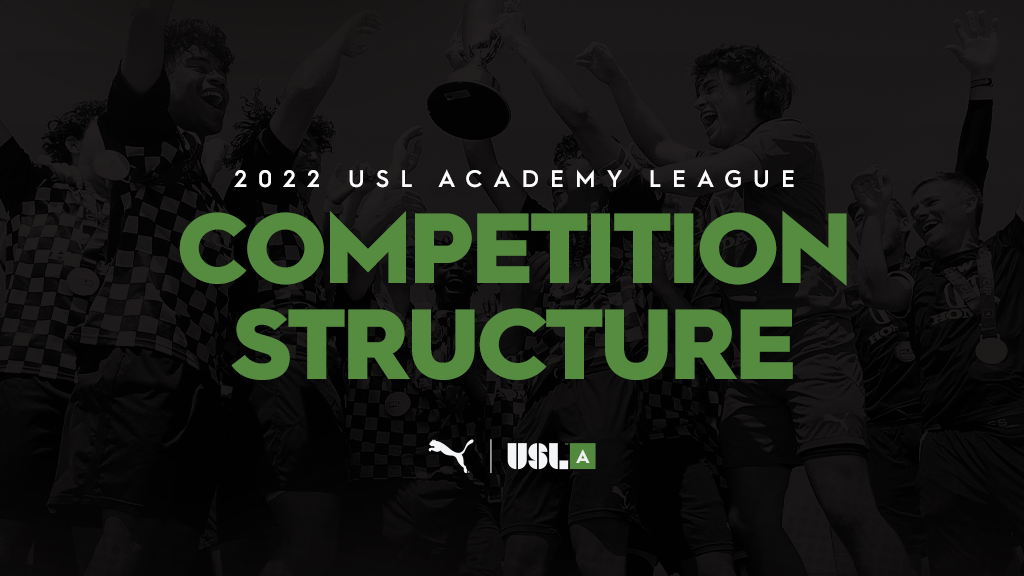 TAMPA, Fla. - The 2022 season will be the largest yet for the USL Academy League, the premier youth soccer competition in North America. There will be over 70 clubs participating across 11 divisions that span the country, each with its own affiliation to a senior club in the USL ecosystem.

The 2022 Academy League Summer season will feature 60 teams across those 11 divisions. That season begins June 4 and will run until August 21. Each team will play between six and 12 games in their season, against only their divisional opponents.

The 2022 Academy League Fall season will run from August 27 to November 6, and will feature 40 clubs across eight divisions, each playing between six and 12 matches.

The Academy League Finals will be held from November 17 to November 20. Teams will compete for eight playoff spots, featuring the eight divisional winners, decided by average points per match throughout the regular season. The divisions outside the three new pilot divisions for Summer 2022 are eligible for Academy League playoffs. The eight divisional winners will play three daily round-robin group stage games in two different groups, and the points leaders in each group will play each other on the fourth day of the Academy League Playoffs.

To be eligible for the playoffs, teams must have participated in two of the three 2022 seasons (Spring, Summer, Fall) and played a minimum of 12 total games between those seasons.

“We’re so excited about the scope of this competition,” USL Technical Director Liam O’Connell said. “This is a perfect route for bright young talents all over the country to competitive, first team soccer with professional organizations. This competition continues to grow every year and it shows the trust these players and clubs have in this system.”

This year’s Academy League competitions feature a 27% increase in the number of teams from the 2021 competition, with goals to continue expanding.