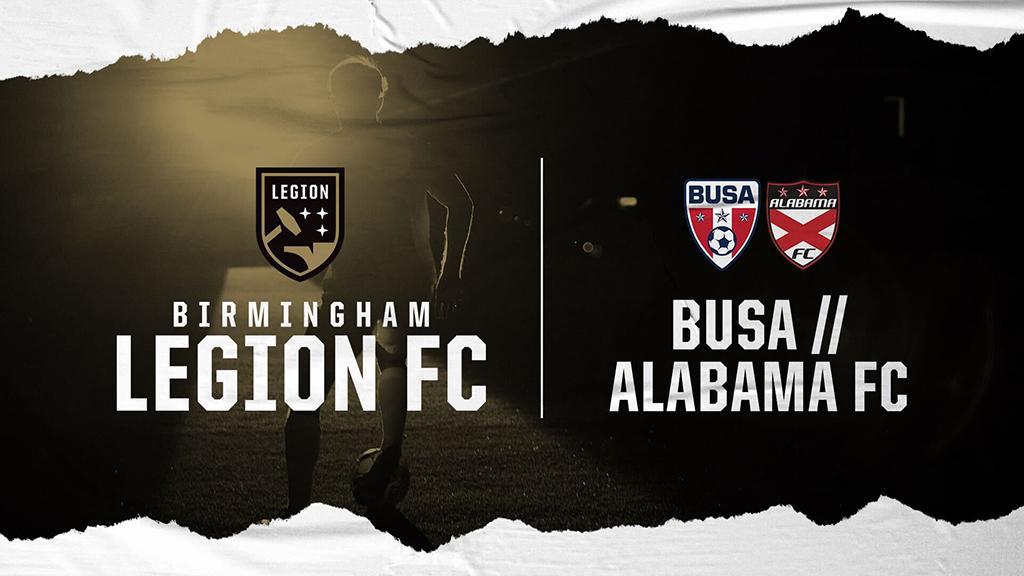 BIRMINGHAM, Ala. – Birmingham Legion FC announced on Monday the club had entered into an agreement with Birmingham United Soccer Association/Alabama FC that will benefit youth soccer throughout the state of Alabama and continue the club’s reach into the local community at large.

The partnership is uniquely intended to provide the best developmental pathway for young players within BUSA – including high-level competition in the USL Academy – while also recognizing the importance of Alabama High School Athletic Association soccer in a player’s experience and development.

“The goal of the Legion FC Academy has been to provide the best development for young players with professional level training and competitive league competitions, while also recognizing the importance of Alabama High School soccer in a player’s growth,” said Jay Heaps, Legion FC President and General Manager. “Partnering with BUSA/AFC is an important next step for the Legion FC Academy in strengthening development and providing a pathway for players to reach the next level.”

The affiliation between Legion FC and BUSA/AFC provides the first ever local pathway for a player to begin playing soccer at age three with BUSA and end up in the professional ranks competing with Legion FC, while also allowing top players to continue to spend valuable time growing and developing with Alabama High School Athletic Association teams.

“BUSA/Alabama FC are thrilled to create a strategic partnership with Legion FC,” said Andrew Brower, BUSA/AFC Executive Director. “This partnership will allow for meaningful developmental opportunities for all ages, and levels within our organization, while also providing a pro pathway for our oldest boys within our Alabama FC ECNL/ECRL platform.  We are thrilled to begin this relationship and believe that our shared visions of development will continue to raise the bar for soccer in Birmingham.”

As a result of Legion FC’s partnership with BUSA/Alabama FC, the club’s youth players in the Birmingham area, at Alabama FC East in Oxford, and at Alabama FC South in Montgomery, will all have increased access to Legion FC coaches and players, as well as exclusive fan experiences during Legion FC’s USL Championship games at Protective Stadium.