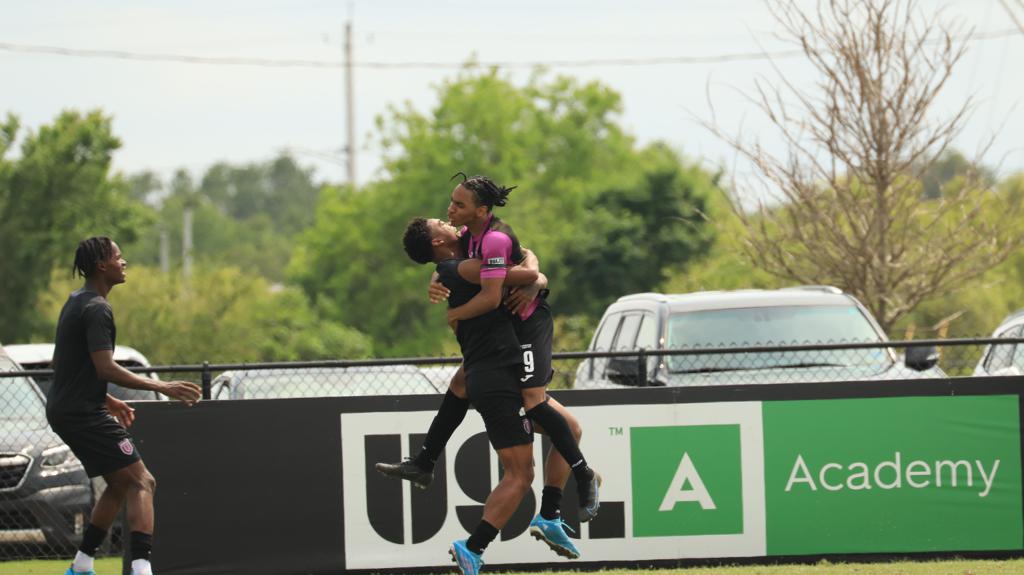 A heavy rainstorm delayed the day’s headlining matchup, but teams playing on Day Two of the 2022 USL Academy Cup brought the heat regardless of the inclement weather. It was a day of close matchups – nine different games in the Cup’s Elite divisions were decided by a single goal or fewer – including a 1-1 draw that saw a rematch of the Academy Playoff Final between Indy Eleven and Queensboro FC II.

But before that match took place, some superstar performances took over the pitch on Day Two. Asher Jones, who already has a Golden Ball from last year’s Cup, scored a beautiful, chipped goal in Tampa Bay United’s 3-0 win over AC Connecticut during the morning session. The U-15 Elite Boys’ games for the day were all separated by a goal or less, as Indy Eleven took a commanding three-point lead in Group B with only a +2 goal difference.

In the U-13 Boys Elite Division, Tampa Bay United followed up yesterday’s 8-0 domination with a 2-0 win to take a commanding lead over their group, with six points headed into the third day of the competition. In Group B, Weston FC, Indy Eleven and Charlotte Independence are all separated by just a single point and a single goal.

On the girls side of the competition, it was more of the same for Greenville Triumph and NC Fusion as they won their second consecutive games of the weekend. Greenville’s goal difference was elevated to 10 after they won the first game of the day against AC Connecticut.

Finally, Indy Eleven and Queensboro FC II took the pitch in a rematch of the Academy Playoff Final. An early goal by the defending Playoff champions set the tone of much of the first half, and it wasn’t until there were only 10 minutes to play that we saw another ball cross the goal line. Damien Barker whipped in a shot that curled just under the crossbar as his teammates swarmed him in the corner.

One more day of group stage competition before setting out to find a group of champions.