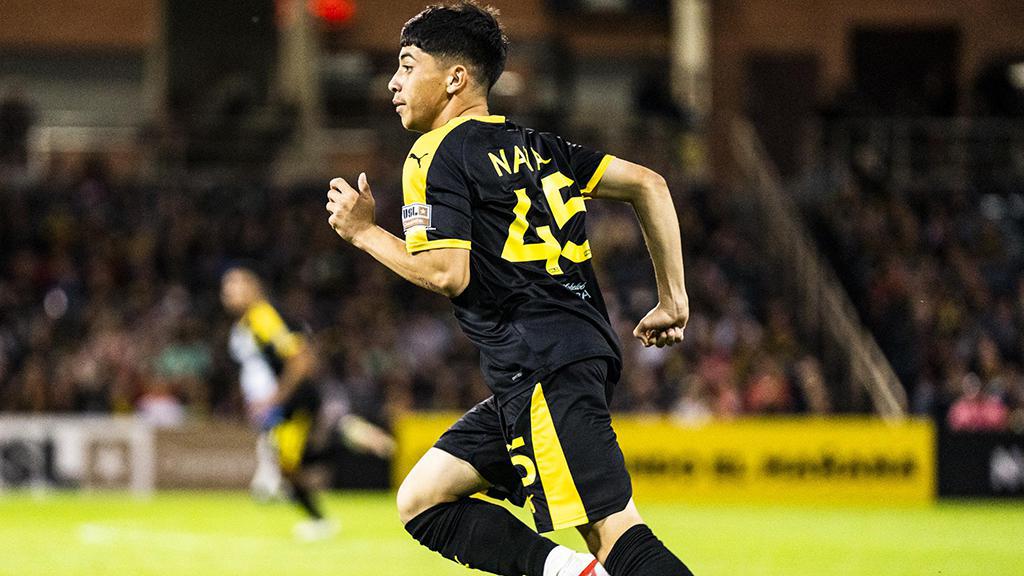 For former player David Estrada, though, it was hard to compare anything to the reaction when 17-year-old Albuquerque native Cristian Nava took the field for his USL Championship debut last July against Colorado Springs Switchbacks FC.

“I believe we have the best fanbase in the whole country,” said Estrada. “I’ve never heard the stadium that loud when Cristian, one of their own, jumped onto the field. To be able to experience that was something that made everything that we’re doing real and realize that’s what we’re aiming for. We know he’s just the first one, not the last one.”

“It was probably one of the best feelings of my life,” added Nava. “Making that professional debut is something a lot of kids like me want to experience, and it made me feel so, so happy.”

Nava’s debut was one of the high points in the first year of New Mexico’s full Academy program, but also served as the culmination of the building blocks the club has been putting in place in the youth space. Early in the club’s first season in the USL Championship in 2019 it established a High-Performance Program for youth players in the region, which laid a foundation for what was to come.

Directed originally by Zach Prince, who this offseason was promoted to become United’s Head Coach in the Championship, the aim was to offer supplemental instruction and competitive opportunities for the state’s top talent. With the advent of the Academy program – which is fully funded by the Somos Unidos Foundation – the top young players in Albuquerque and beyond were provided a pathway to the professional ranks. 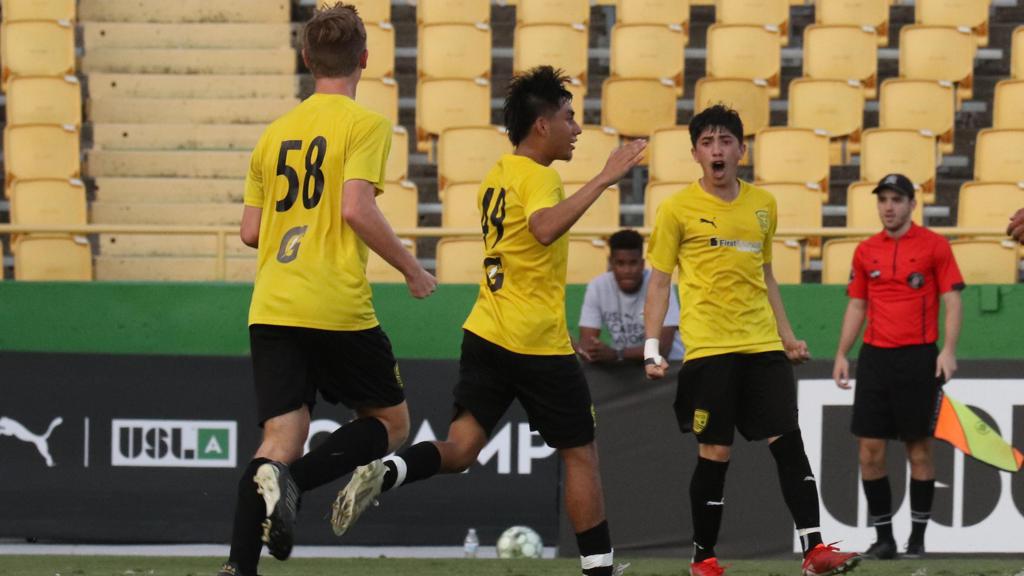 Estrada credits club Owner and President Peter Trevisani and former Head Coach Troy Lesesne with the establishment of the potential pipeline for local talent, and the club and community’s overall embrace of the program and the Somos Unidos Foundation. Now a Community Relations Manager for the club as well as scout and coach for the High-Performance Program, Estrada and others like Head Academy Scout Lucien Starzynski are building a connection the community can see, and a product that on the field produced positive results, finishing third at the USL Academy Playoffs in December.

“I think from the start, Peter Trevisani was on a mission to provide these positive opportunities for the people of New Mexico, and that includes the youth,” said Estrada. “When you talk about Somos Unidos being able to fund that, it takes it to a different level where we have our Executive Director Chanel Wiese, we have Linnea Romero, who is part of our foundation. We’re a very small group, but we understand that everything we do in the community is eventually going to come back to the youth level.

“To be able to bridge those two together is very different and very special, and I think our own community realizes that anything the foundation does, anything the team does, there’s a youth team that’s helping the next generation to hopefully lift the level as well.” 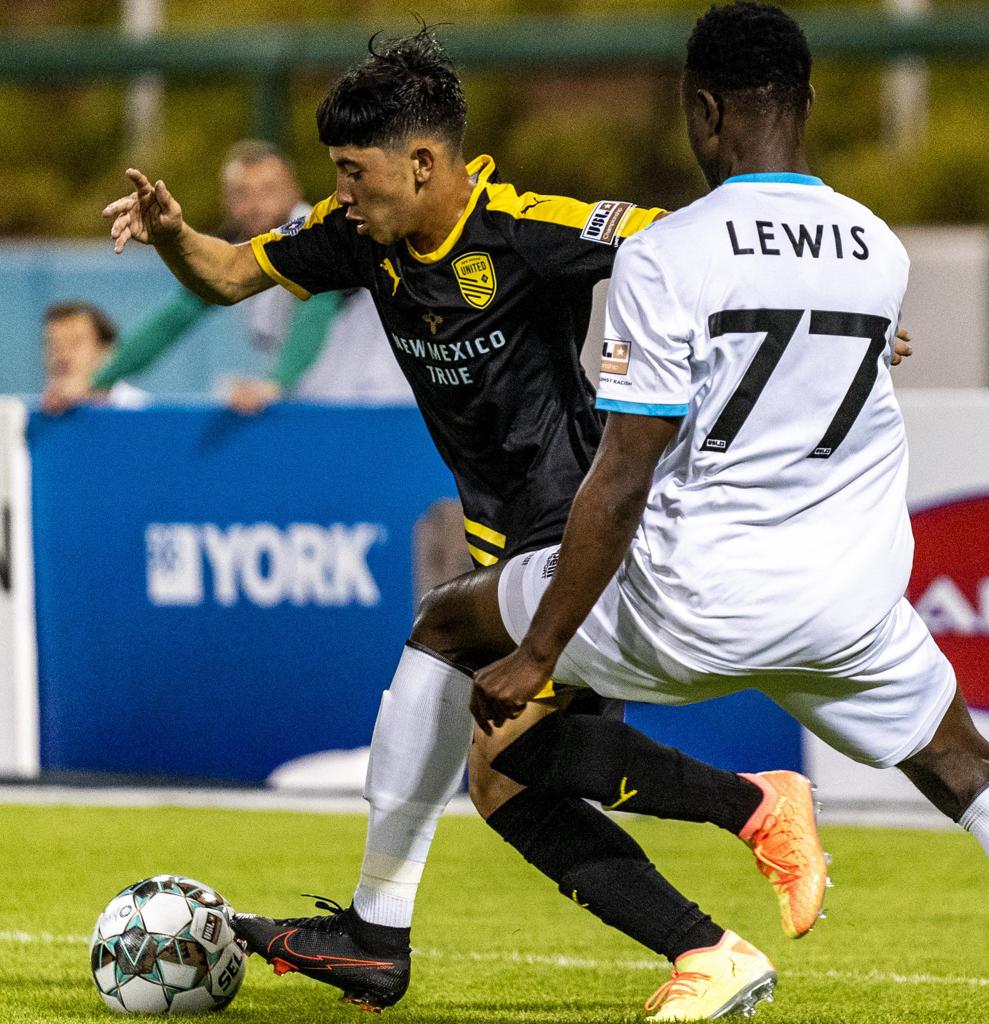 Cristian Nava made five appearances for New Mexico United in the 2021 USL Championship season, all as substitutes, as he began his path in the professional ranks. | Photo courtesy Josh Lane / New Mexico United

Starzynski’s role has been particularly notable. With more than 20 years of experience working in New Mexico’s youth soccer ranks, the connections he brought to United through his relationships with coaches across the state, and the relationships he built with players and families, helped bring a strong overall talent level to United’s first USL Academy squad.

“Lucien, having him on board, has made a massive difference,” said Paul Leese, formerly New Mexico’s Academy Head Coach. “He spends a lot of time on the road, not only does he see the players play, but he knows their families, he speaks to them, he knows their character. One of the biggest issues with us is making sure we brought in players who we knew would represent the club in the right way, but also work hard, have the character to want to develop individually and as a team.”

The embodiment of that ethos is Nava, whose performance at the USL Academy Playoffs earned him the tournament’s Golden Ball as its best player. Having made five appearances for United in the USL Championship last season, he now enters the 2022 season with the aim of taking the next step forward. This past weekend, Nava was in the starting lineup for New Mexico’s opening preseason game against fellow Championship club San Diego Loyal SC, a positive sign for what this year could hold.

For Leese, while the potential of where Nava’s path could lead is exciting, the focus for the club is to make sure his individual potential is fully realized in the manner of other young standouts in the league such as San Antonio FC’s Jose Gallegos. The two-time Championship Young Player of the Year finalist took the same early path as Nava, competing as a USL Academy signing before signing professional terms, and more recently making the move to Europe with Danish Superliga club SønderjyskE.

That, or something similar, could be the future for Nava as more teams scout the USL Championship and League One for emerging young talent. For Leese, being patient is going to be essential to making sure Nava’s career is a long and successful one. 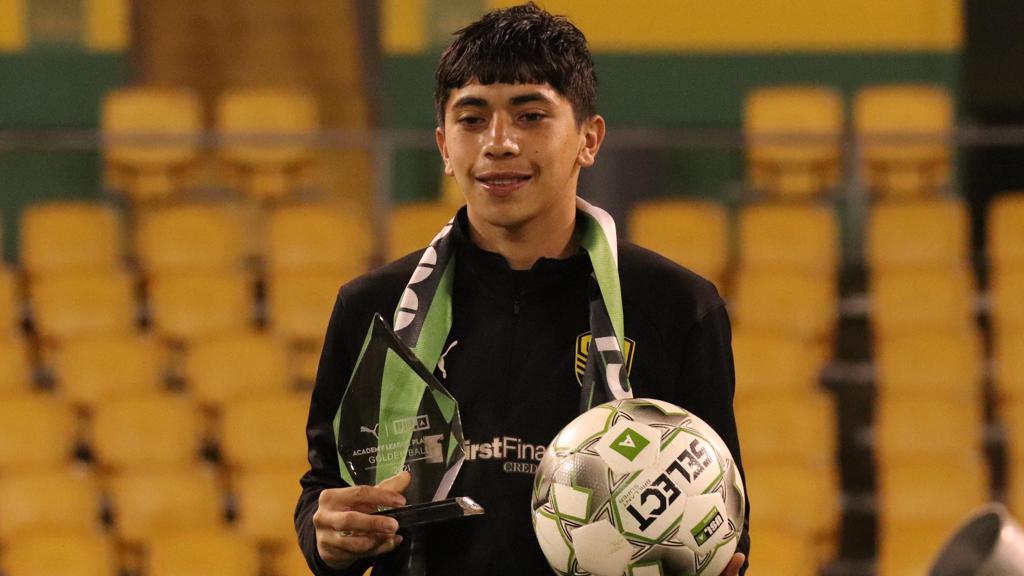 “For us personally, this is something we need to make sure we take one step at a time,” said Leese. “For someone like Cristian, he’s had five appearances for the First Team, he still has a long way to go, a lot of growth, and he knows that, and it’s important we know it as a club, so we don’t try and have him miss steps up. He’s tremendously talented, but he’s got a lot more growth, and that’s now our job to be the stewards of his career.

Nava’s ascent to the First Team, however, provided a tent post for others to follow in New Mexico’s Academy ranks.

“Having Cristian be part of this group, the boys now see it is doable, it is reachable,” said Leese. “If he can do it, and I’ve known him since he was a kid and we’re playing together, then it obviously fills them with a lot of positive thought that I can do that too.”

The success of the Academy’s first year – both on the field and in elevating player opportunities – is just the start of where Estrada believes the program can go next.

For Nava, meanwhile, the work is only just beginning.

“All I can think of right now is to keep working,” he said at the USL Academy Playoffs. “That’s all it is, work hard, work hard every day. Every moment you get the chance to, put in the work.”