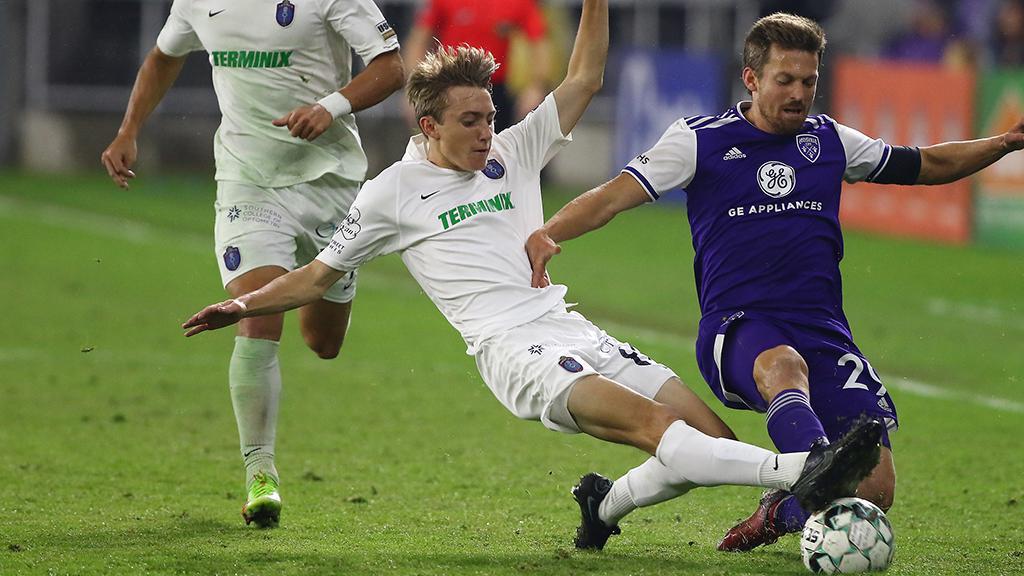 Memphis 901 FC's Max Talley is set to be one of four USL Academy signings for the club this season after making a pair of appearances for the club in the 2021 campaign. | Photo courtesy Em-Dash Photography / Louisville City FC

MEMPHIS, Tenn. – Memphis 901 FC announced on Wednesday the club had added forwards Simeon Betapudi and Matt Brucker, and midfielders Max Talley and Aaron O’Malley as USL Academy signings to its squad for the 2022 USL Championship season.

As USL Academy signings, Betapudi, Brucker, Talley and O’Malley will maintain NCAA eligibility while being able to compete in the USL Championship and Lamar Hunt U.S. Open Cup as part of the 901 FC First Team.

Betapudi, Brucker and Talley will all return for a second season as USL Academy signings, with O’Malley joining the First Team squad for the first time. Talley returns having made two appearances for 901 FC a season ago, with the 17-year-old having also played club soccer locally with Germantown Legends at the club level and having won a state championship with Houston High School.

O’Malley joins the side having been part of the 2021 Houston High School State Championship team and has played club soccer locally with Germantown Legends.