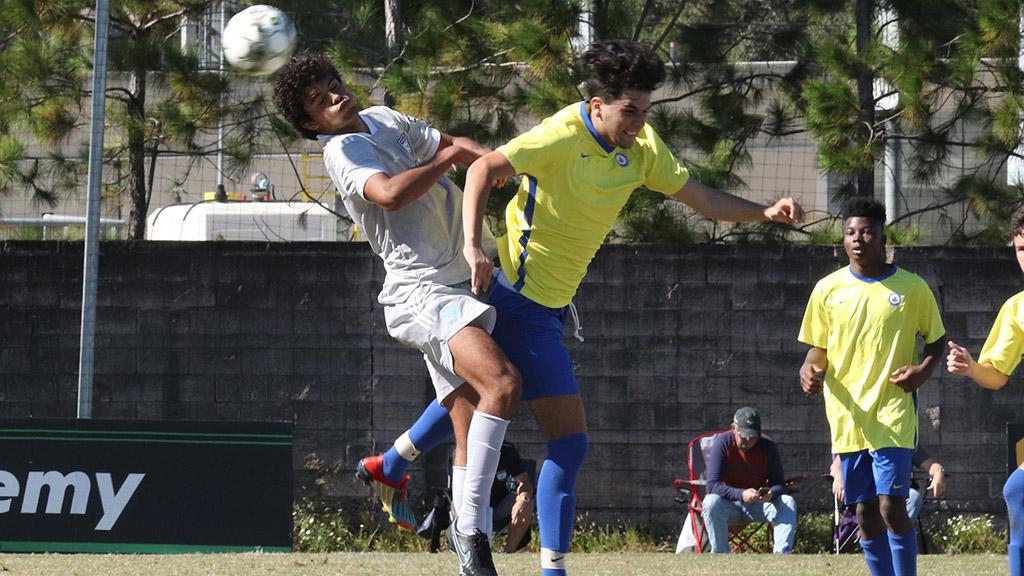 The landscape in recent years has changed around the club, however, first with the arrival of current USL Championship side Miami FC in 2015 and then Inter Miami CF’s launch for the 2020 Major League Soccer season.

But the arrival of those organizations, rather than taking away from Weston’s opportunity to build on its history of success, has only sharpened the focus of where the club is now and where it is heading next.

“It’s definitely changed the environment a little bit, we’ve had to refocus and go through what our main purpose was with the development of the players,” said the club’s USL Academy Head Coach Brandon Collins. “With these guys it’s definitely improved our numbers and the competitiveness of our club, so I think it’s definitely had a positive influence on us and helped our players be harder working, more resilient, improve their character.”

Weston claimed a 2-1 victory against Southern Soccer Academy on Thursday in their opening game of the 2021 USL Academy Playoffs as it rallied from a deficit early in the second half with Elan Romo scoring an impressive game-winner. The club’s expansion to add a team in USL League Two in 2017 has, for Collins, given the organization a chance to provide a key opportunity for its players to take advantage of as they move up through the youth ranks.

“It provides us a great platform to provide that pro pathway for players, whereas before it was just a top youth club,” said Connor. “It gives us that professional pathway and that aim and that goal, so we take a lot of these U-19 players and we put them in the [League Two] platform … which definitely helps the development of that younger age group and pushes them to whatever is their best possible situation, whether that’s professional or the collegiate level.”

Southern Soccer Academy faced the same circumstance as Weston after establishing itself almost a decade ago in Atlanta’s metro area. The arrival of Atlanta United FC as an MLS expansion club in 2017 – quickly becoming one of the league’s marquee attractions – also meant an evaluation of what SSA was going to be and how it could continue to nurture talent while having fewer resources than its major league counterpart.

In that realm, and in particular finding ways to develop players that could make the move into the professional ranks in the future whether in Atlanta or elsewhere, the arrival of the USL Academy League has been a major boost. 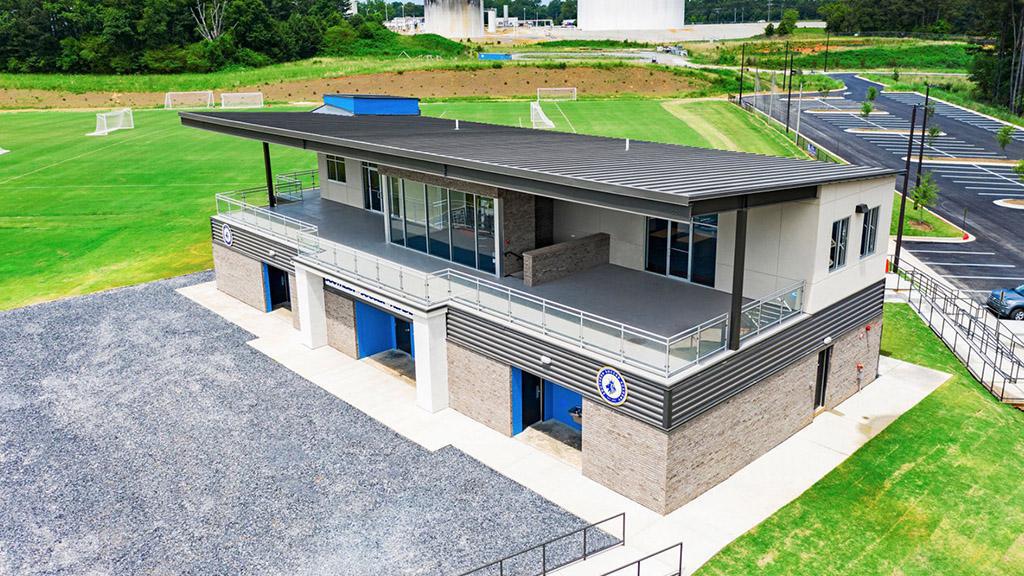 Southern Soccer Academy opened a new training facility this past July, offering high-level opportunities to players throughout its organization.

“I think that this has been a brilliant program for our youngsters in particular, giving them opportunities to develop and grow from U-15 and U-16 and have this to grow into, build into,” said SSA assistant coach Ryan Robertson. “The opportunity it gives us to play high level competition that’s been provided has been a platform that we’ve always strove for and wanted to have, and this has absolutely provided that.

“For us, it provides the opportunity to compete with that to the best of our ability in our market. Obviously, we don’t have the budget [ATL UTD does], but we are striving to be the next-best option in Atlanta for that process. Those kids are on the bubble of making Atlanta United, it gives us that real attainable goal of developing those kids and possibly passing them on in that situation.”

That difference in resources compared to the newer arrivals doesn’t mean either SSA or Weston are lacking, either. This past June, Southern Soccer Academy opened its new training facility including practice fields, offices and strength and conditioning areas and a small stadium field that hosted the club’s USL League Two side. SSA will also be part of the USL W League as it launches next year, giving the club’s youngest players a target to aim for on both the men’s and women’s side of the program.

“I really think it gives you the true player pathway,” said Robertson. “Obviously, that’s what we want when we work in our youngest age groups and give them a target to look forward to and see players that are matriculating through our levels and into the USL Academy and then into our USL League Two team, this is exactly the reason why we’ve done this program in our club. It gives us a great pathway for these kids to strive for.”

At Weston, there has been collaboration with Miami FC – according to Collins a pair of the club’s players are currently on trial with the Championship side as it begins to build its roster for the 2022 season – but there could be even bigger aspirations down the line as one of Florida’s longtime academy powers takes aim at even bigger goals.

“We understand our place in our market right now, but it’s something we want to strive to become a professional environment and become a professional club as well,” said Collins. “We have a lot of things working right now, we have a new Technical Director in Luis Mendoza who is in his third year, and we’re in the process of building new facilities and training centers. We understand who the pro teams are in our market, but we definitely have ambitions to create a pro environment ourselves and not only progress players into that environment but compete with them at the highest level.”

As the landscape evolves, both Weston and SSA are equipping themselves and their players for long-term success.