From New Jersey to Denmark, a New Pathway for Ronald Arevalo 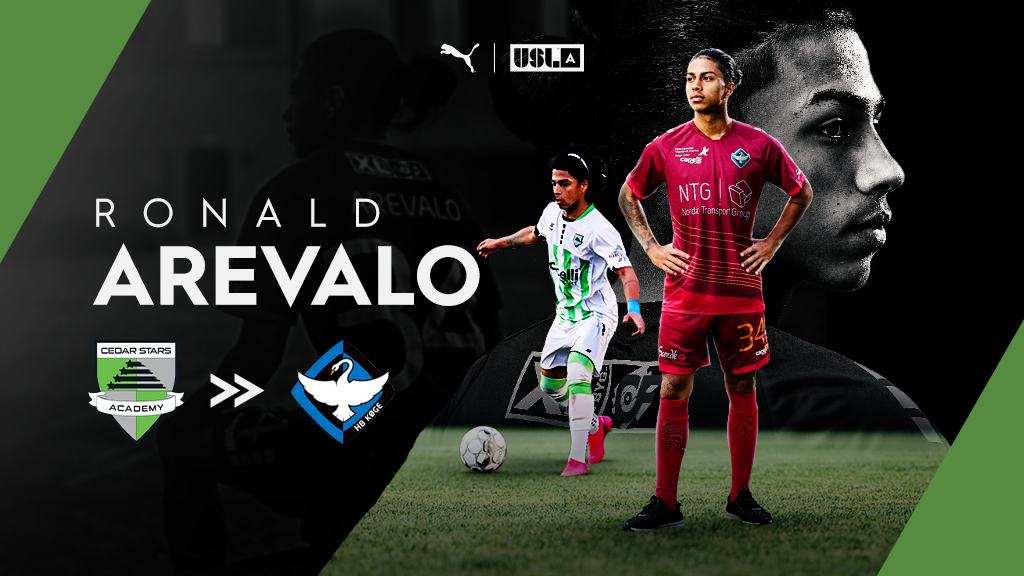 Ronald Arevalo was a standout player during his time at Cedar Stars Academy. Between learning at the academy and earning minutes with Cedar Stars Rush in USL League Two, Arevalo worked hard to impress.

Now that work has seen him land a professional contract in Europe.

Through the team’s connection to HB Køge in the Danish 1st Division (Denmark’s second tier of professional football) through Capelli Sport, Arevalo went abroad to train with the team in recent summers. Because of the impression he left during his time with the club, Arevalo inked a deal two years ago that would allow him to move to a permanent deal on his 18th birthday, which happened earlier this year.

“I didn't really understand [the significance] at the time because I was very young, but now that I look back at it, it's something that not many players could do,” said Arevalo. “For me to be 16 and playing preseason with a bunch of guys that have gone through so many things in their career, it was amazing.”

During his time at Cedar Stars Academy, Arevalo featured in USL League Two, a pre-professional league that helps prepare young talent for a professional career, with the Academy’s affiliate team, Cedar Stars Rush. In the 2019 season, Arevalo played 336 minutes across four games and scored one goal. He made history as the youngest goalscorer in the league that season.

His success continued in League Two as well, as he played 466 minutes in seven games during the recent 2021 season, making his final appearance for the club in late June before his 18th birthday, when he was able to make his move to Europe.

“[Playing in League Two has] prepared me quite well because I've been playing with a lot of men,” said Arevalo. “Most of the teams in [League Two] are men and, coming here to Denmark, it's a very physical game, so to get in the platform of the USL helped get me ready for this league.” 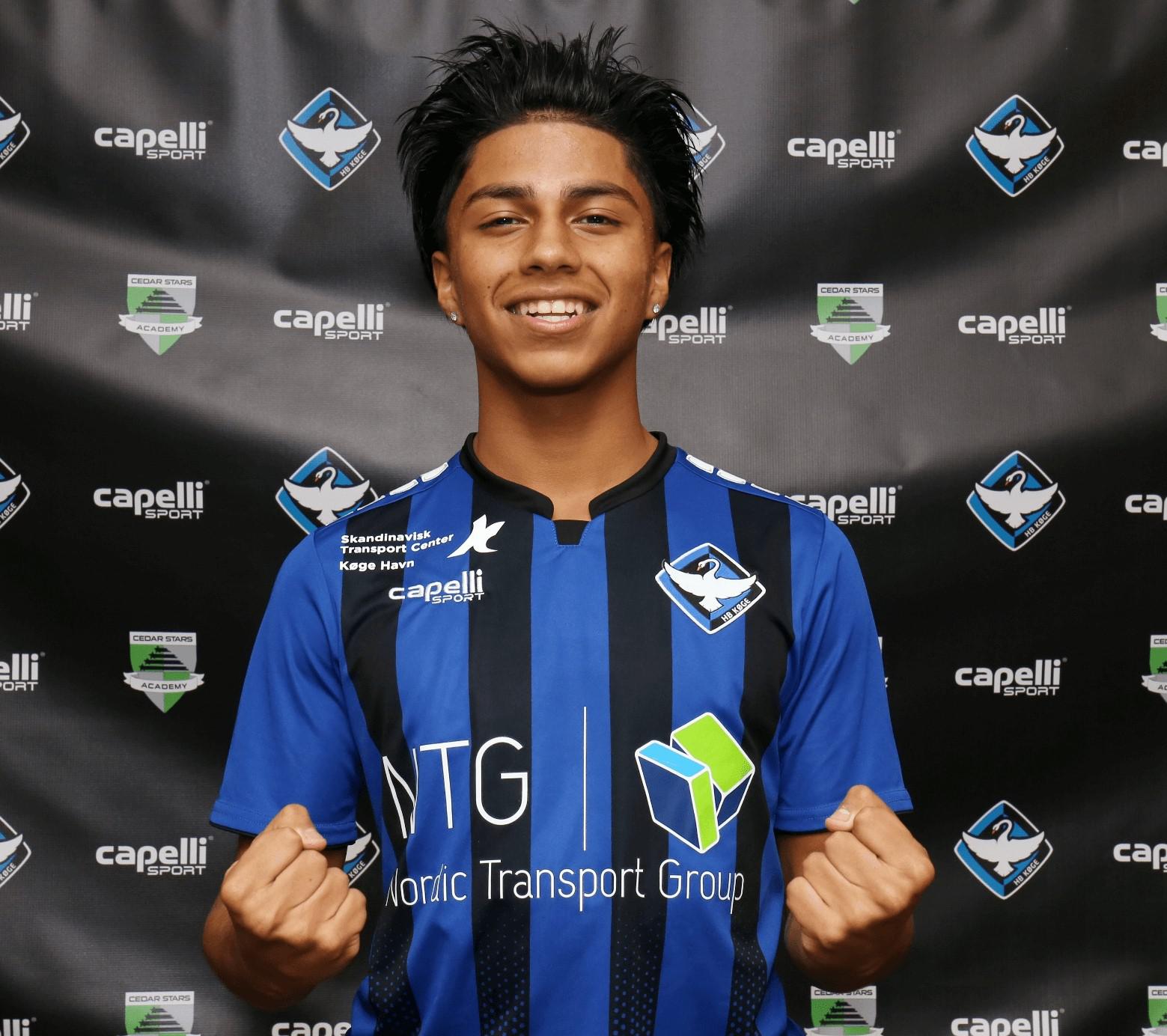 Arevalo attributes his success to his parents, who immigrated to the United States from El Salvador. They pushed him to follow his dreams and did everything to help him achieve them.

“Both of my parents are immigrants, and they came here to have a better life. I'm always appreciative for them because, without them, I would be nothing,” he said. “My mom stopped working for me, so I remember going to practices at 3 p.m. and leaving the field at 10 at night, and my mom would always be there with the car lights on. Coming from a very hardworking family, it’s just right for me to give back and hopefully, starting here I could fulfill that dream I have to give back to my family.”

So, too, does Cedar Stars also deserve credit for a strong impact on his soccer career. The academy allowed Arevalo to train and play above his age, which helped to further his growth. In addition, without the club’s partnership with HB Køge, the move would not have been possible.

“Something that [Cedar Stars] did that I really liked was that they got me to come [to Denmark] multiple times before I could even start my career here. It really helped me a lot because I got to see where I could be living and made me feel comfortable with everything changing, like being away from my family.”

Because of the relationship Cedar Stars has forged with HB Køge through Capelli Sport, Arevalo’s switch was an easy transition. With the move now official, a pathway has been formed from the New Jersey club to a professional team in Europe, allowing for more opportunity and development for the top talent Cedar Stars Academy produces.