Indy Eleven’s Plan to Inspire Development Across the Hoosier State

As Indiana’s lone pro soccer team, Indy aims to raise the state to a higher level of development through its academy 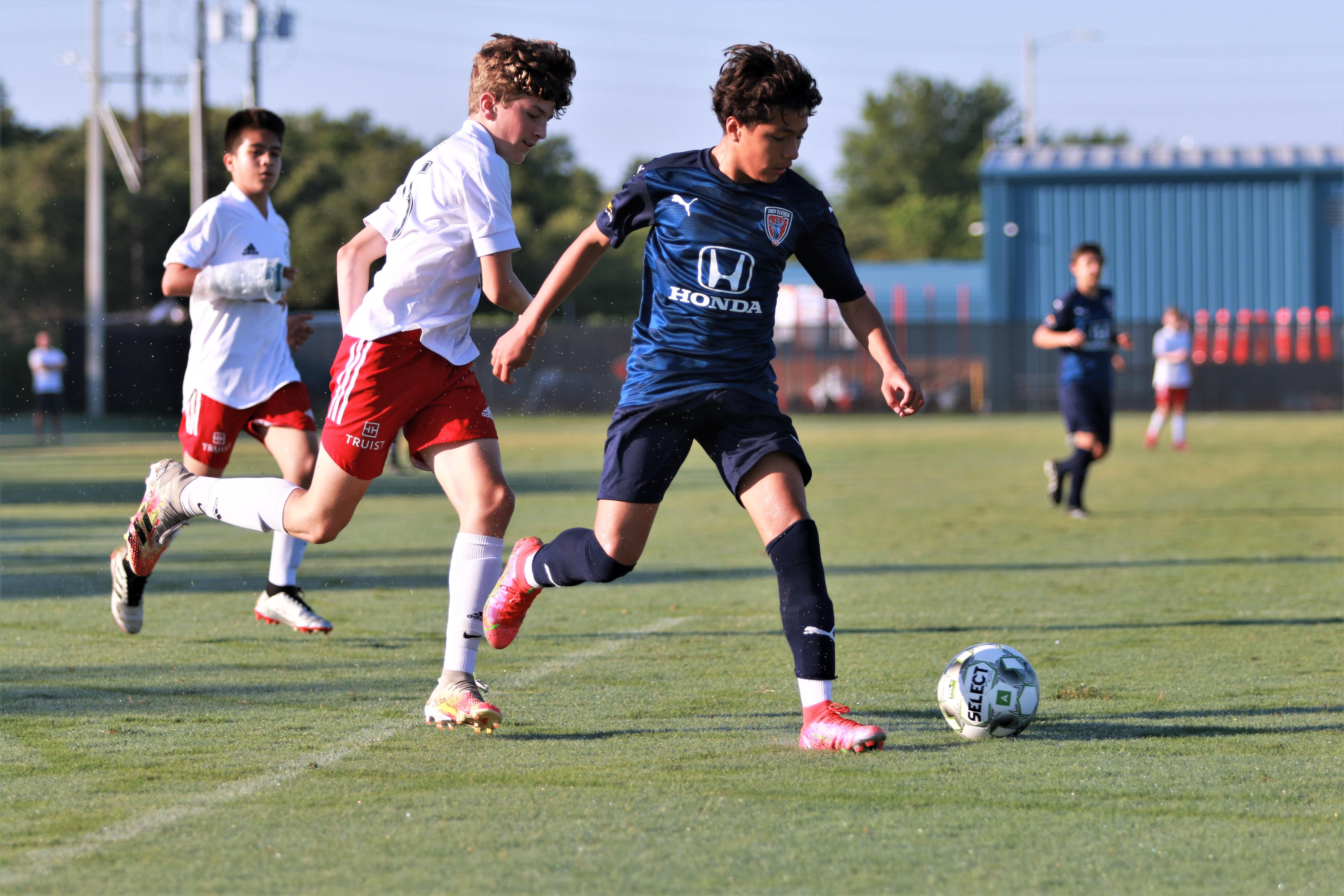 Indy Eleven joined the USL Championship in January 2018, and didn’t take long to establish a youth to pro pathway that had become a staple at many of the clubs it would now be competing against across the league.

But instead of building out internal infrastructure - which could take years to produce talent that could join the club’s First Team - the club made the opening move to partner with Indiana Fire Academy, the state’s only professional youth academy program. In short order, Indy began to create the opportunity for movement between the clubs, hiring integrated staff and calling up elite players to train at the professional level -- moves that have quickly proven successful.

“Right now we have close to 15,000 kids that we have affiliated with youth clubs from around the state of Indiana, with that system only built out in the past 6-10 months,” said Indy Eleven President and CEO Greg Stremlaw. “It's a really good feeder system to cross-fertilize from branding opportunities to making sure that the First Team is relevant around the entire state, not just in the city of Indianapolis. Amongst many other things, it also connects as talent identification as things get into the competitive play, like the Academy teams.”

Phil Presser, Indy Eleven Assistant Coach and Indiana Fire Academy Technical Director, bridges the gap between the two clubs through his roles. His presence allows top youth talent to be easily identified by the senior team for potential training opportunities and USL Academy contracts. In addition, Kiki Wallace and Josh Kremers, Indiana Fire Academy Director and Indy Eleven Director of Youth Development respectively, are at every Indy Eleven training session in order to help the transition of the academy players.

“Every one of those [academy] coaches is able to be around First Team training as often as they want to make sure that the shared philosophy and curriculum between both programs are very good,” said Presser. “We want all the players to understand what the team is doing so when they have that opportunity to move into training or are amateurs who go back and forth, they're fully aware of the system of play, the style of play, the training demands, and the type of training we have.” 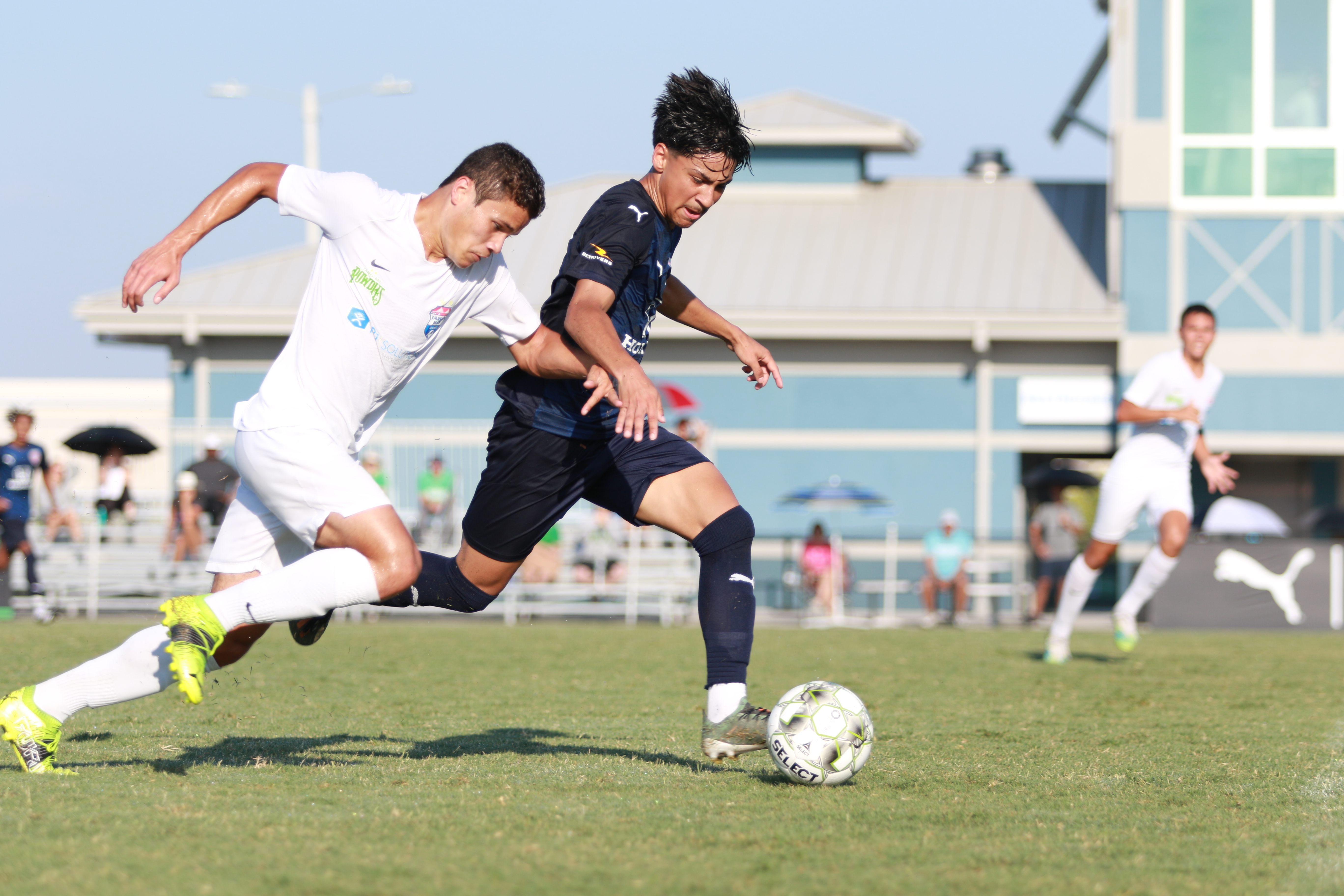 To further solidify the connection between the teams, Indy Eleven’s USL Academy team trains in the morning on the fields parallel to the Senior Team, allowing those players who are proving their talents to have the potential to move over and train at the pro level. That has opened the door for constant movement between the teams for different drills or as a reward for dedicated training.

“That's how we can mature a young player and get exposure and get them around this environment - in limited capacities at first, because their body needs to be able to take it - and then adjust to the physicality and the loads,” said Presser. “But it opens up concepts of growth.”

Development and moving players to higher levels is a central element to Indy’s current and future plans. Having had USL Academy signings as part of the Senior Team since 2019 - including Josh Penn, who signed a professional deal with the club in 2020 before a transfer to Major League Soccer’s Inter Miami CF last offseason - the five current Academy signings on the club’s USL Championship roster have a roadmap to start pushing themselves into the gameday roster. They will also have seen Indy’s ability to strike deals, with the last offseason seeing Tyler Pasher and Evan Newton also sold to clubs at higher levels.

“The current goal is to have an academy system that is professionally operated and is working to be best in class. It’s part of our vision, it’s part of our mission statement,” said Stremlaw. “Our goal is to be a preeminent franchise in the USL Championship and to do so, we believe it has to be more than butts in seats, it also has to be our developmental system.”

To help grow development across the country, USL this year introduced the Academy League that would follow the timeline of its professional leagues. The alignment gives clubs the chance to bring academy players into training or even sign an Academy contract, allowing the players to keep their college eligibility while growing their game.

“USL Academy brings soccer that can truly be played year-round. The summer used to be the off-season for these players, the high-potential players. Now the summer is filled with a complete schedule and more training, which really increases the opportunities,” said Presser. “If [USL] expand[s] these leagues and add[s] more cups throughout the year, it just gives more opportunities to keep the league consistent, and the mindset consistent with development.” 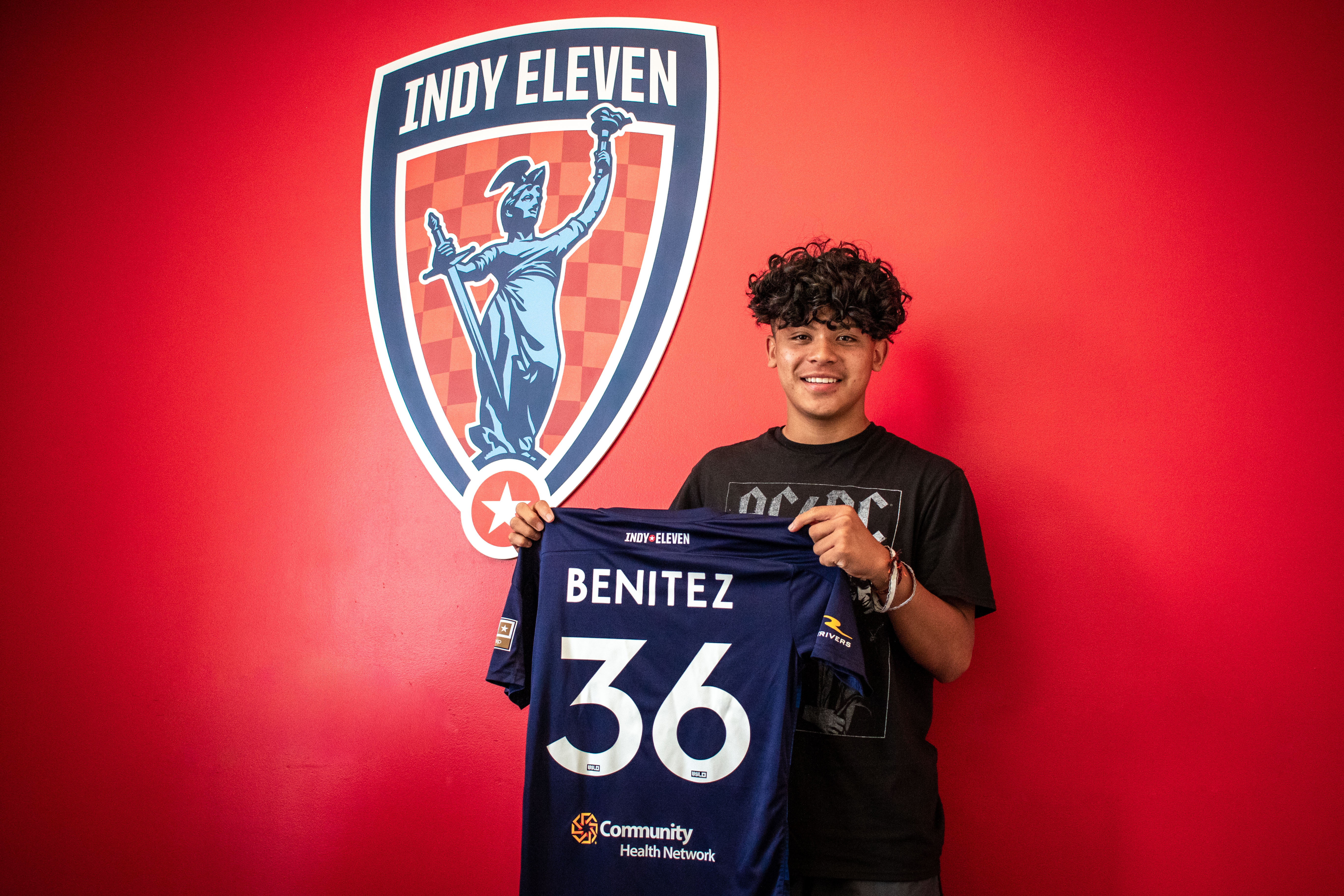 Aiden Benitez will be the youngest Academy signing in USL Championship history at 14 years, 3 months and 26 days | Courtesy of Indy Eleven

USL Academy is a single team model represented by players ages U15-U19, with limits in each older age group in order to promote different levels of development. Indy is taking full advantage of the platform by signing multiple young talents USL Academy contracts, including 14-year-old Aiden Benitez. He will be the youngest USL Academy signing in Championship history, and surpass Orange County SC’s Francis Jacobs as the youngest player to appear on a First Team roster in the league.

In a single day, Benitez has the opportunity to train with any youth team from U15-U19, the USL Academy team, or the “Boys in Blue” alongside players like Jordan Hamilton and Neveal Hackshaw, who have both competed at the international level. Having that flexibility will develop his game quicker and more efficiently. He will have the chance to learn from a variety of coaches and players, all while competing at the highest level and going to school.

Benitez will be joined by midfielders Allan Torres and Diego Sanchez, and defender Ecris Revolorio as the next round of Indy’s Academy contracts. Sanchez is not new to the USL Academy platform, having competed with the U17 squad at this year’s USL Academy Cup, who finished the weekend as runner-ups.

Indy has the intention of keeping up with Indiana Fire Academy’s legacy of being one of the best youth programs in the area. Taking the largest youth club in the state and combining it with a professional team in a league where player development and advancement is a high priority creates unique opportunities for growth.

“I think when you have a few clubs leading the parade with development, then everyone else has to heighten up their platforms and strategies to do the same,” said Presser. “All that's going to do is create more competition with higher-level development, which is going to help out our country, the USL Academy league, and everything within it.”

Indy Eleven’s goal in the long run? Stremlaw has a positive thought on the future.

“At this point, the sky's the limit in the sense that we continue to try and make sure that we're methodical, that we're not pacing ourselves at a level that we can't keep up with. We do want to be smart about how we continue the growth,” he said.

“I think a lot of what we're doing from a larger scale has the ability to influence the academy systems and youth development across the state of Indiana.”