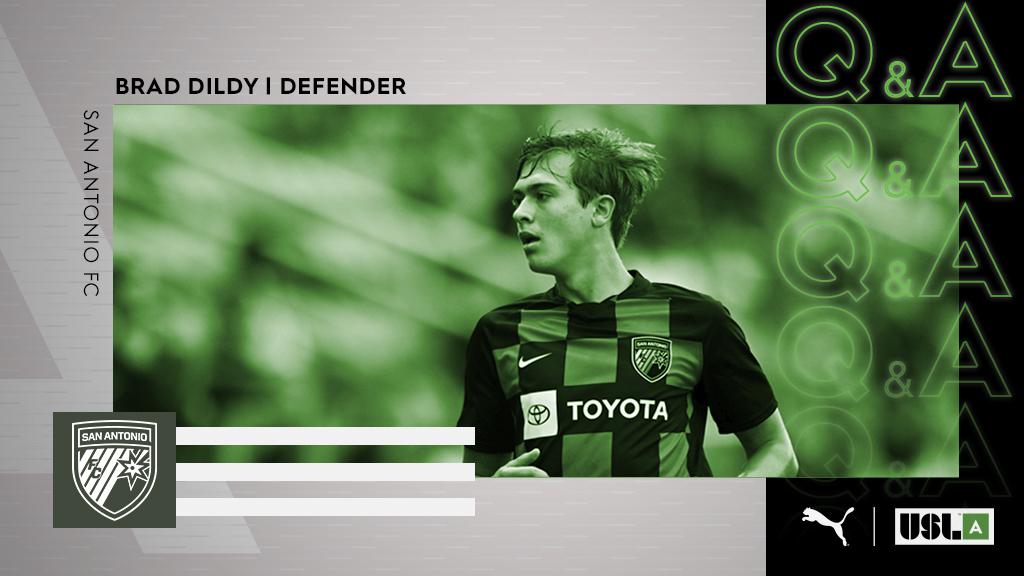 Born and raised in San Antonio, Brad Dildy has grown up watching pro soccer take its shape in the city. He played for youth club Liberty SC until 2016 when upon its launch San Antonio FC formed its Pro Academy. From there, Dildy has excelled, growing into a young talent with a promising future on the horizon.

USL Academy sat down with Dildy to discuss his journey from a kid sitting in the stands of Toyota Field to taking his first steps through the tunnel and onto the pitch for his hometown club.

Question: How did it feel to represent your hometown club at the professional level?

Brad Dildy (BD): It's honestly amazing, just being at the games. When I was playing, seeing all the familiar faces made it all seem almost surreal. It felt like a dream come true to play there and represent the city.

Q: Did you get the chance to train with the pro team before getting the call up for the international friendly?

BD: I had been training with the First Team since the beginning of July, after an academy showcase. I got back and I had a day off before my coach called me and said [SAFC] wants me in training. I had been with them since then. But then also before that, I had played some preseason games with them as well, back in March. That's when I first got with this group. Last year I trained a little with them as well.

Q: Tell me about that first moment stepping onto the pitch. What was running through your head when you got to play for this team you've been watching for so long?

BD: That moment, I'll never forget it. Walking through the tunnel, it's all the energies building up and you're standing there waiting in the tunnel for all the guys to get there. You just walk out, you hit the field, you see all the fans in the stands and the atmosphere, the noise, there's so much to take in, but then you just forget about everything and just enjoy the moment. Just love that you're able to get there and make the most of it.

Q: What was it like to play against these huge Liga MX teams?

BD: When I found out I would be playing, it was unreal, because these are top sides from the top division in Mexico. I was buzzing to get that opportunity. But then once you get out there, it's just like any other game pretty much and you’ve just got to treat it like any other game. You give respect to the other team, but at the same time, you're there for a reason. It was so awesome to play against them. These guys are big guys and talking to some of them after the game, being able to share the experiences, it’s really a dream come true. I never would have expected myself to say I've played against those teams at such a young age. They're so good and keep the ball so well. But then, they're there for the same reason as you, to compete and play the game. 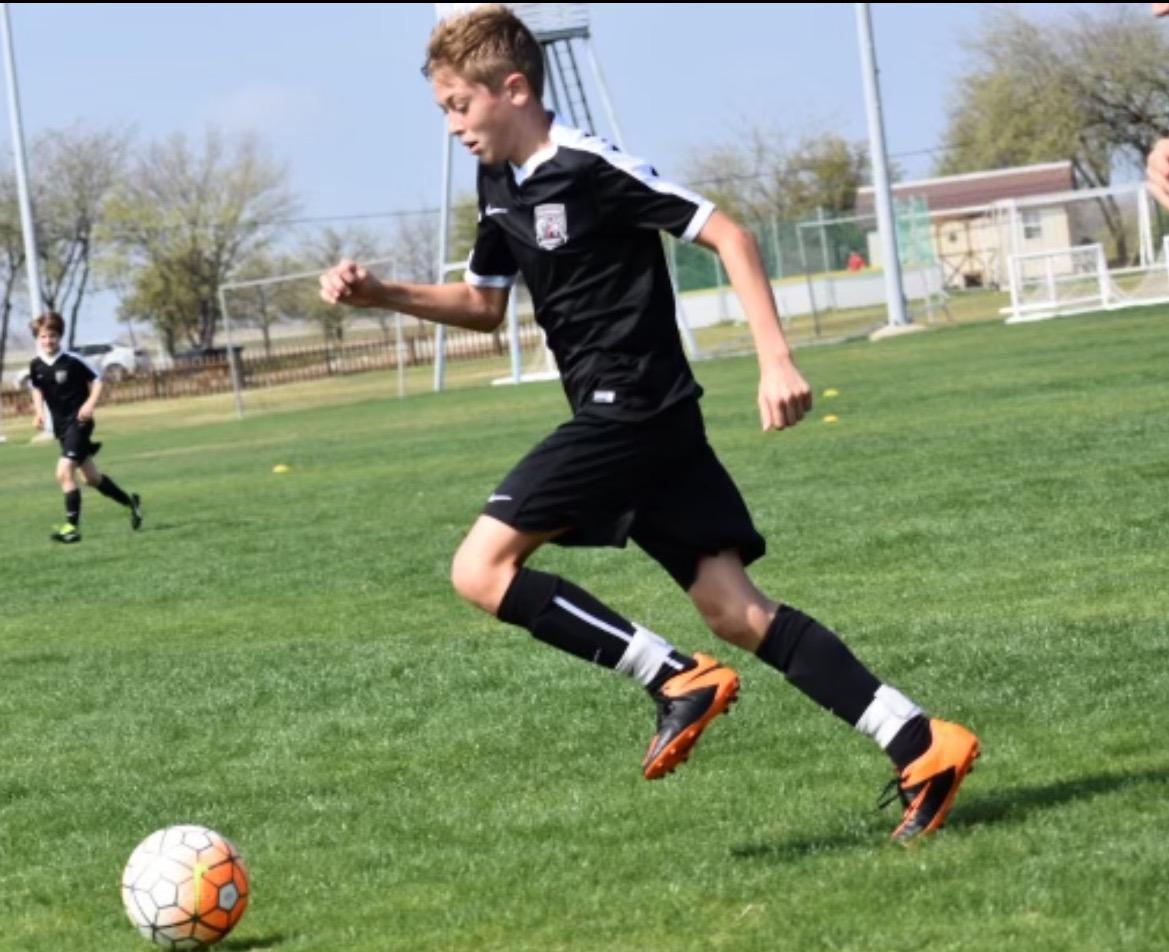 Q: What are you looking forward to the most with the new USL Academy League season?

BD: Our Academy team is a newer thing for us, but I think it has a lot of great opportunities for us just to be able to play against guys in the same position as we are. It’s going to be fun and bring new experiences.

Q: What was it like to train with pros at such a young age?

BD: When you first step in, you're always like really nervous, right? So, fortunately for me, a lot of the guys were so good at making you feel welcome and comfortable. After that first day, you just start building confidence. These guys really push you. It's just a completely different experience when you go out and play with the pros, because everything is just so much quicker and everybody's a lot faster, stronger, bigger. You just have to adapt and get settled.

Q: How did the academy prepare you to be able to play with the senior team?

BD: The biggest thing that the Academy does along with the First Team is keeping the same principles. While you're in the Academy, everything the First Team is doing, you're doing as well. The team identity runs through the whole organization from the First Team all the way down to the youngest team in the academy. Every day at training, you're doing exactly what [the senior team] is doing and you're being pushed to those standards, always being pushed to be faster, stronger, quicker so when you do get your opportunity, you don't miss a beat. You step in and you're along the same lines, knowing the same things they're doing, and able to execute it on that level. The Academy really strives to be just like the First Team.

Q: What does it mean to be a part of an organization that pushes young players through the pipeline and gives them the opportunity to play?

BD: Being with SAFC is a blessing. They really are all about developing the youth and helping us progress our careers. I'm able to share the field with a lot of my teammates as we train with the First Team. It’s what I’ve always wanted when I joined the Academy. It was always the goal to end up with the First Team. If you work hard enough, you get your opportunity. It’s amazing that they give the youth the opportunities to go in with the pros and get experience. We're getting opportunities just from that recognition. Now, so many players are with the First Team. The opportunity to be with an organization that really strives to get the youth involved and progress their careers, as well as with the pro team, is awesome.

Q: Jose Gallegos and Leo Torres are some of the first big players that came from the academy and signed a pro team contract. What have you learned from their experiences?

BD: Jose, he's such a good person, such a good player. Being able to share the field with him is awesome. He's done really big things and he's got such a big future ahead. I've really learned from him to be confident because he's only a year or two older than me, but he's running the show for the team. One of the things I always see him do, he plays by just having fun. He's out there having a good time and making the most of it. I think just watching him play, being able to share the field with him is fun, and brought me confidence. Leo Torres was the first to sign with [SAFC]. Then the rest of us were kind of motivated by it and showed us that we could do it too. We played with Leo, we all competed with him, so we could eventually make that jump.

Q: Have there been any players on the senior team that motivated you?

BD: When I first came in, I think one of the guys who really helped me out was Cameron Lindley. We've talked a lot, he's kind of been in my shoes, growing up and playing in the academy for Chicago Fire, getting his experiences there. He was always one who made sure I was doing good and helped me out. He's probably been my biggest influence in there. Now, it's at a point where we can joke around, and I'm comfortable with that. He's really been a leader for me. 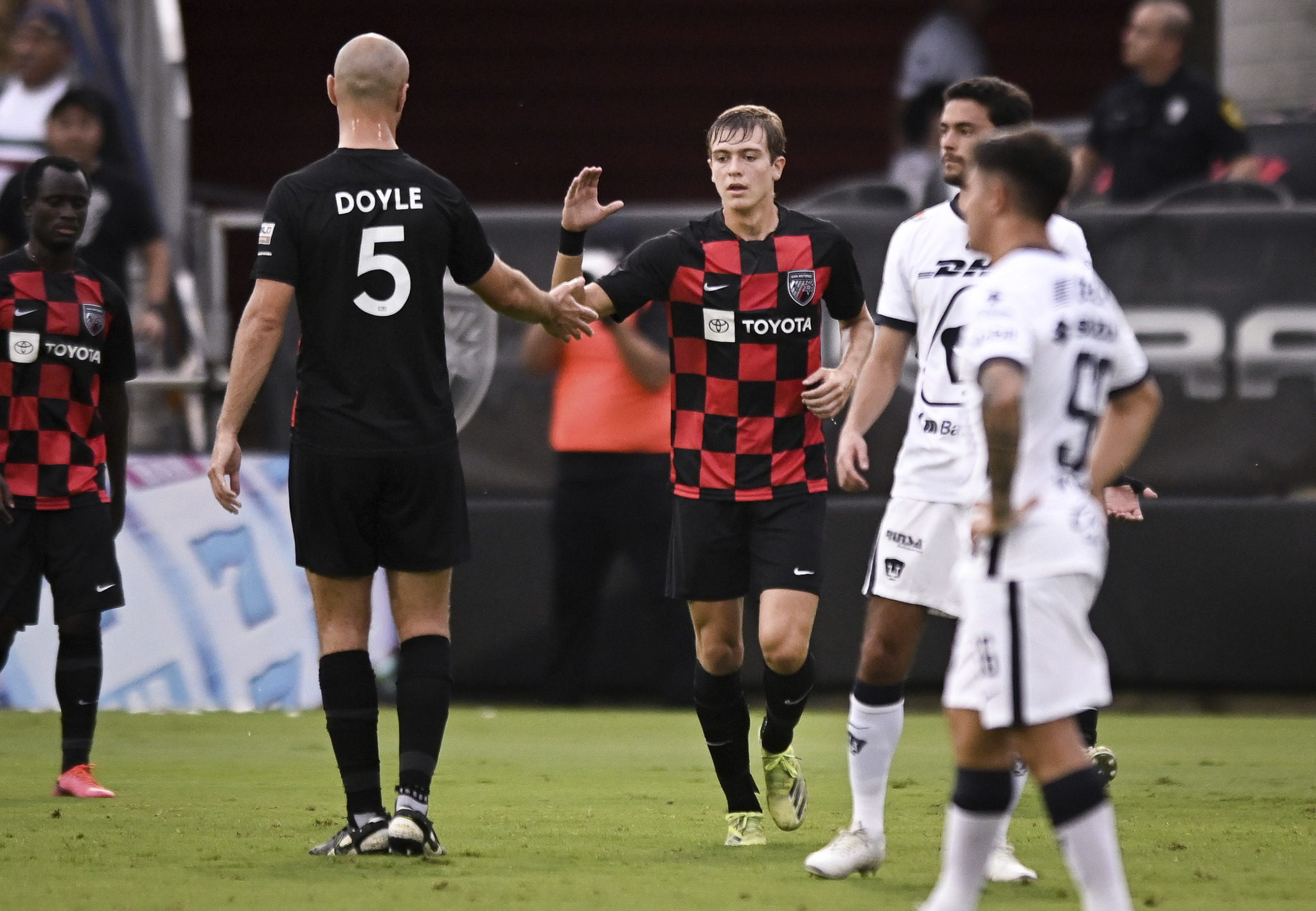 Q: Who do you model your game after?

BD: One of the players in Europe that I really admire and try to play a lot like is Alphonso Davies because he's also really young. He's super young, he's at the biggest stage playing with Bayern Munich. I've really been following him a lot recently. We have a lot of the same tendencies, he's a left-footed left-back, just like me. I try to model my game a lot like his.

Q: How does it feel to see Alfonso Davies playing at the highest level, knowing that he had the opportunity to play in USL Championship?

BD: It’s very motivational and inspiring seeing that a player that I look so highly up to was once in the same shoes as me. It shows me that my dreams can become reality and gives me even more reason to continue to work hard and push towards my dreams. To see where he’s at now and where he came from is proof of just how beautiful this game is and where it can take you! Truly inspiring.

Q: Anyone in San Antonio you try to model your game after?

BD: As far as in San Antonio, one of the outside backs on the first team, Sam Gleadle, he's been really influential. I split reps with him in the First-Team training. I used to watch him a lot and learn from him a lot. When he gives me advice, I really take it. He's in the same position as me and he's got a lot of experience. I model like him as well in training, and try and talk with them off the field to get advice and learn from his experience.

Q: How do you balance your eye on the future while focusing on playing in the present?

BD: You got to live in that moment. So during those big games and practices, you go out there and leave it all out there. Once you're off the field, then I say you focus on the next day, the next game, and focus on your career. I say a majority of what I do off the field is extra treatment and staying late with the trainers, making sure I'm always ready to go the next day. Once you get off the field, you start focusing on that next game or training.

Q: What has been the best piece of advice given to you so far on your journey?

BD: There's a quote that the team goes by, humble and hungry. That quote has always really pushed me along. You have to be hungry for the opportunities and take them when you get them. But you also have to be humble and you have to just make the most of it, but then you always want more, that's where the hungry piece comes in. So along my journey, being humble, waiting for my opportunity, waiting for my chance to go up and play. Being able to take that chance and run with it. I still live by and play by that quote. Ever since I first joined the academy, that little quote has locked me in and pushed me along the path.

Q: What advice do you have for any players looking to make the jump from Academy to pro?

BD: The biggest thing you can do is believe in yourself. If you have the talent, you'll get your opportunity. Don't give up on that. I had a few teammates before me who were able to make the jump and play with the First Team. Don't lose your faith, use it as motivation, and keep pushing hard at training and in games, because you will get your opportunity eventually.