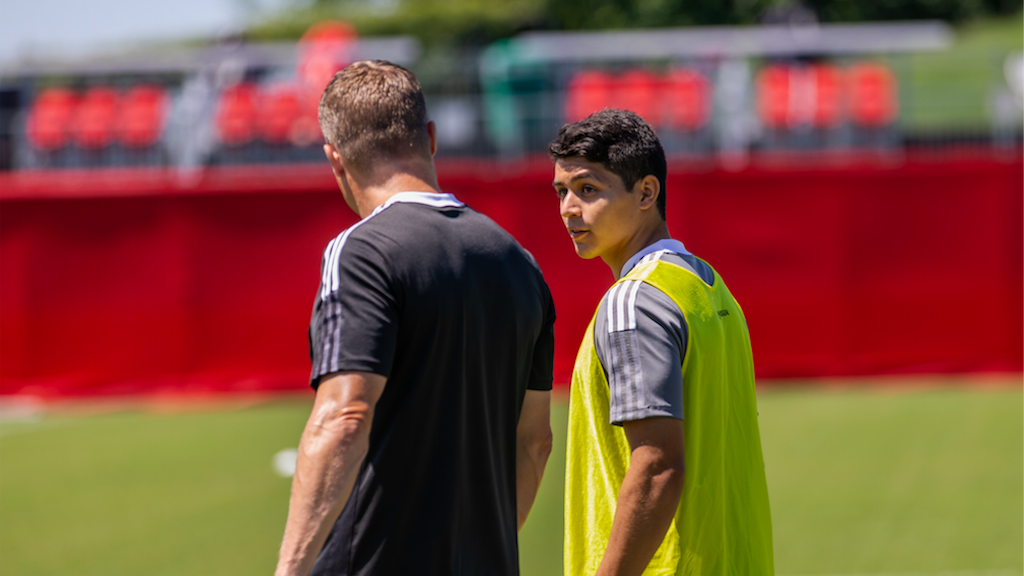 RICHMOND, Va. – The Richmond Kickers announced on Wednesday the signing of Richmond United midfielder Damian Gallegos to a USL Academy contract, pending league and federation approval. Gallegos will be available for selection Saturday when the Kickers host Fort Lauderdale CF at City Stadium.

"Damian has worked very hard as a youth player to put himself in a position to play college soccer at VCU,” Richmond Kickers’ Chief Sporting Officer and Head Coach Darren Sawatzky said. “He had a great ECNL playoffs scoring five goals and capping off a good academy season. It is important that we respect that work and reward the level of training he has brought to Kickers pro training each day.

“This is a deserved opportunity and we are looking to help him launch from the Richmond United opportunity to his opportunity at VCU. We want to bring in players aspiring to get to the next level, and if you are good enough, you are old enough."

The 18-year-old Gallegos, a native of Mechanicsville, Va., has played for Richmond United for the last six years. Previously, he was a Richmond Kickers Youth player as a member of the U12 Elite team, and as a member of the travel teams starting at U9.

“Originally, Coach [Michael] Callahan from Richmond United initiated the talk between Coach Sawatzky and me,” Gallegos said. “We started a scouting process where Coach Darren came to watch our games and training sessions, and it progressed to him reaching out and starting the conversation of when I could get out to the Kickers’ practice.

“I was really excited and a little bit nervous at first coming out here. But after that I really got to experience the professional environment, and I’m just really excited to continue and progress through Coach Darren and learn from him.”

Gallegos began training with the first team earlier this summer and he slotted into the team’s culture quickly exhibiting his industrious play, intelligence, and humility.

"The Richmond Kickers pro team is about the community and we want to represent that community well,” Sawatzky said. “Damian is from the local youth soccer community and he embodies character in his approach. I think the speed of play and speed of thought in the pro training will help him as he grows, but he is a natural in our culture because he is humble, works hard, and he appreciates the opportunity to play with us before he heads off to college."

"I’m really proud and excited to have this experience playing for the first team of my hometown club," said Gallegos. "I know there are a couple players who have done this before, and I'm just really glad to be the next one to be introduced through an Academy contract.”

Gallegos will continue to play and train with the Kickers through the summer before he joins Head Coach Dave Giffard’s side at VCU at the start of the 2021 Fall semester.