Catching Up With Blake Pope

From DC to Dallas and now Charlotte, Blake Pope talks about his past and how the Independence has been the best place for him to develop 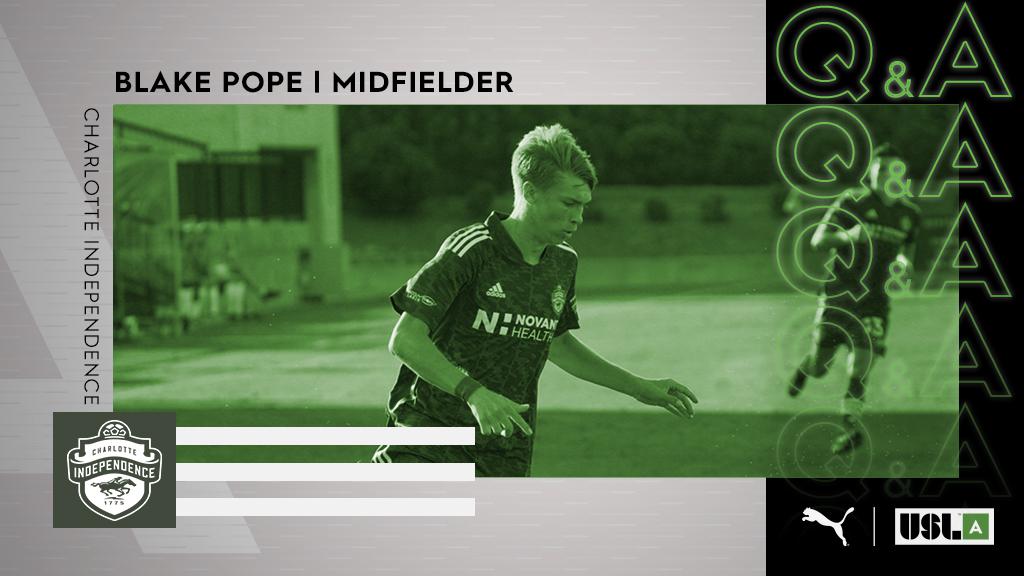 Blake Pope had bounced around top MLS Academies before finding his place at the Charlotte Independence Academy. After signing a USL Academy Contract at the start of the season, Pope has two assists in three starts for the Independence in the Championship this season as he makes a notable step in a side expected to contend for the postseason this year.

We caught up with the 18-year-old to chat about his pathway from youth to pro.

Q: You were at two different MLS academies before joining Charlotte Independence Academy, what made you want to switch to a USL Academy?

Blake Pope (BP): I came from DC and Dallas and I didn't really get as much playing time as I wanted to. All my family's from Charlotte and I just felt like the move to come to Charlotte Independence felt the best for me to hopefully pursue that professional career, which is happening. So it turned out to be the right move for me and everything so I couldn’t ask for a better decision from that point.

Q: How do you feel about USL allowing Academy players to play at that pro-level without affecting that college eligibility? 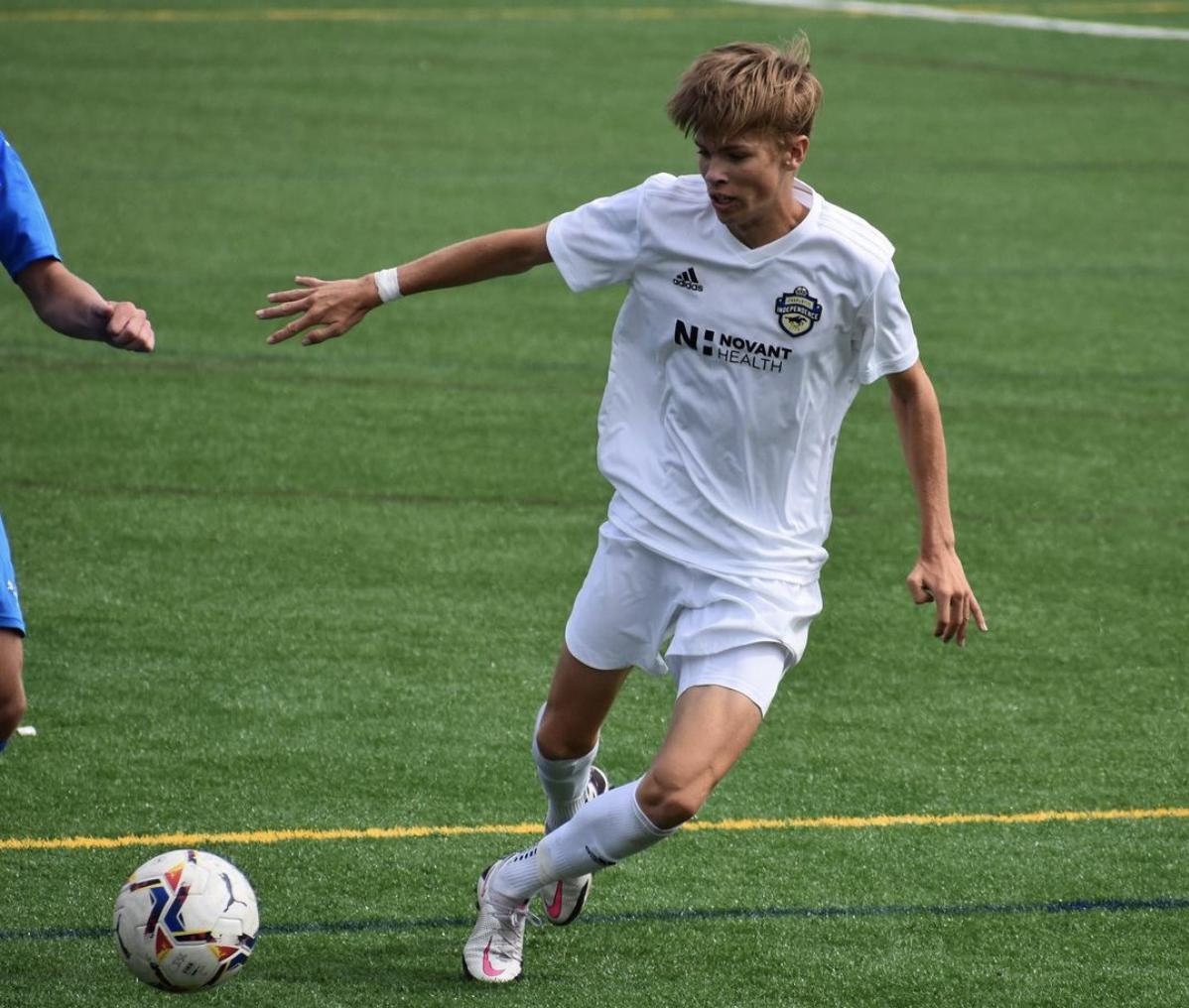 Q: How did you cope with the pressures of playing your first professional game at 17?

A: You already have a couple of assists in just a few appearances. How does it feel to make that much of an impact on the field for your team already?

B: Oh, it's amazing. I couldn’t have done without the teammates, obviously. But coming in and being a young player, getting some minutes helps me develop and grow. It's a booster, obviously. It’s a really good thing for me.

Blake Pope dishing out the game-winning assist in just his 2nd career start! He earns our Man of the Match presented by @NoDaBrewing. #WeAreCLT pic.twitter.com/xGB9Rmwh2w

Q: How have the Independence helped you develop your game both on and off the field?

BP: Charlotte Independence has been a big help school-wise and soccer-wise. With school, they've helped me with colleges, finding the right fit for me, and obviously helping with my grades and everything, making sure I'm on top of things. But soccer-wise, the academy plays the same type of style as the First Team. It was the smoothest transition I could picture, going from Academy soccer to playing professional soccer. It was a really good thing.

Q: How have the senior team players and coaches influenced you during training? Have you learned anything from the senior members of the team?

BP: The veterans there have pushed me and helped me a lot. They teach me new things every day and the coaching staff is always helping. I'm one of the younger guys, so I have to pick up a couple of things at the end of training, but I guess I can deal with that. But they've helped me along in training and games, and they're going to continue to do that. So it’s a really good thing, what they're doing to help me. Help me with my career and everything.

Q: Is there any overlap between the coaches at the senior team and the academy team?

BP: Nate Walzer, he’s one of the goalkeeper coaches. He's with the academy all the time. He's helping out with coaching and goalkeeping there. We'll have a couple of the academy coaches come out to our First Team training and help along with the practice. They're always integrating things there, which is really good to see. Hopefully, they'll continue to do that. 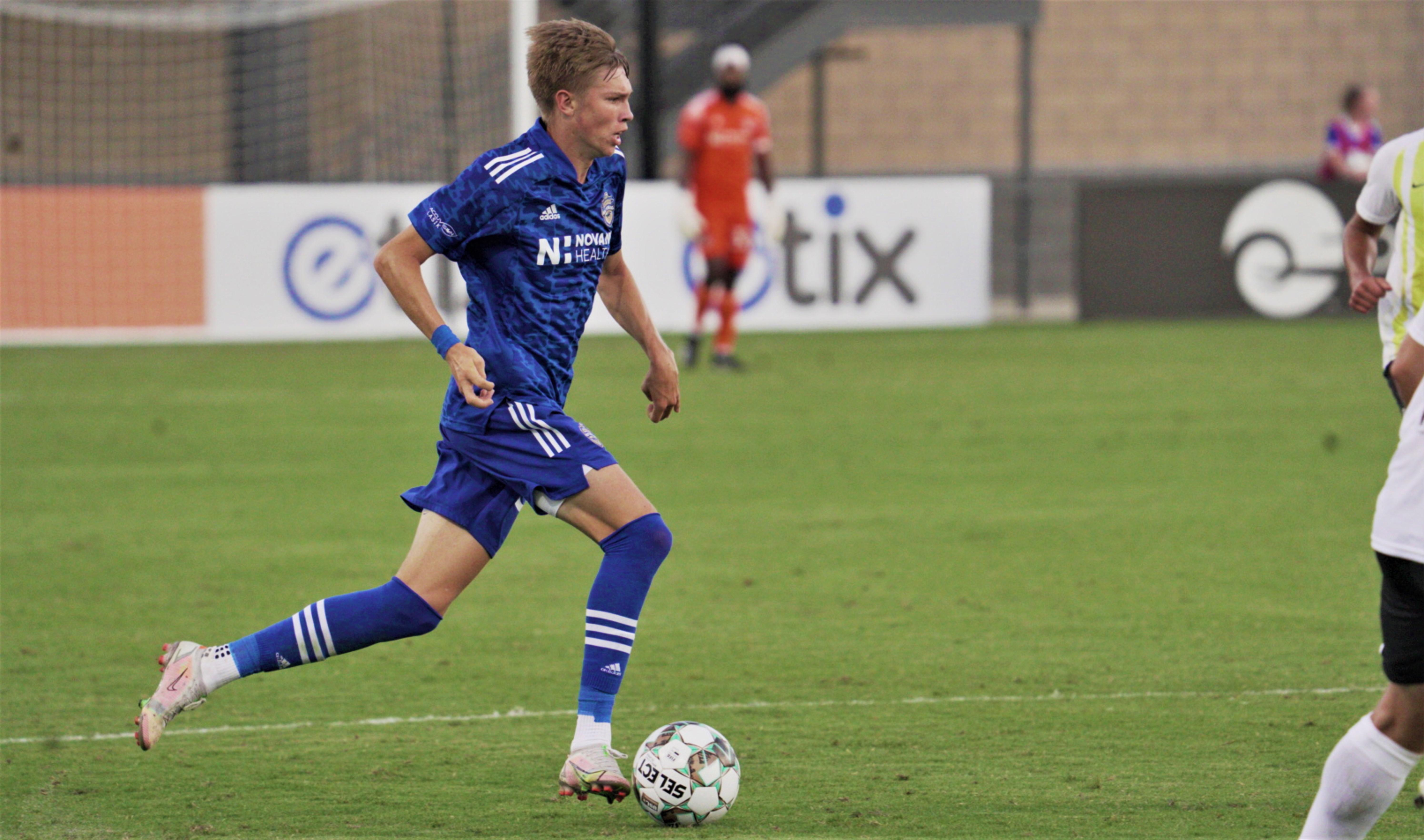 Q: You're about to play at the newly renovated stadium, how do you feel about it?

Q: What advice do you have for any USL kids looking to make the next step to play at the pro level?

BP: It's obviously a big step. It is going to be really challenging but it's all about the mentality and work. There's going to be guys playing the program, there's going to be guys that are just more technical but you just have to work just as hard as them. They're going to be working hard every day because that's their job and they have families and kids. You’ve got to work even harder and that's going to get you to where you want to be. There's always going to be ups and downs and mistakes, but you got to look past that. Learn from your mistakes and everything will turn out to be good.