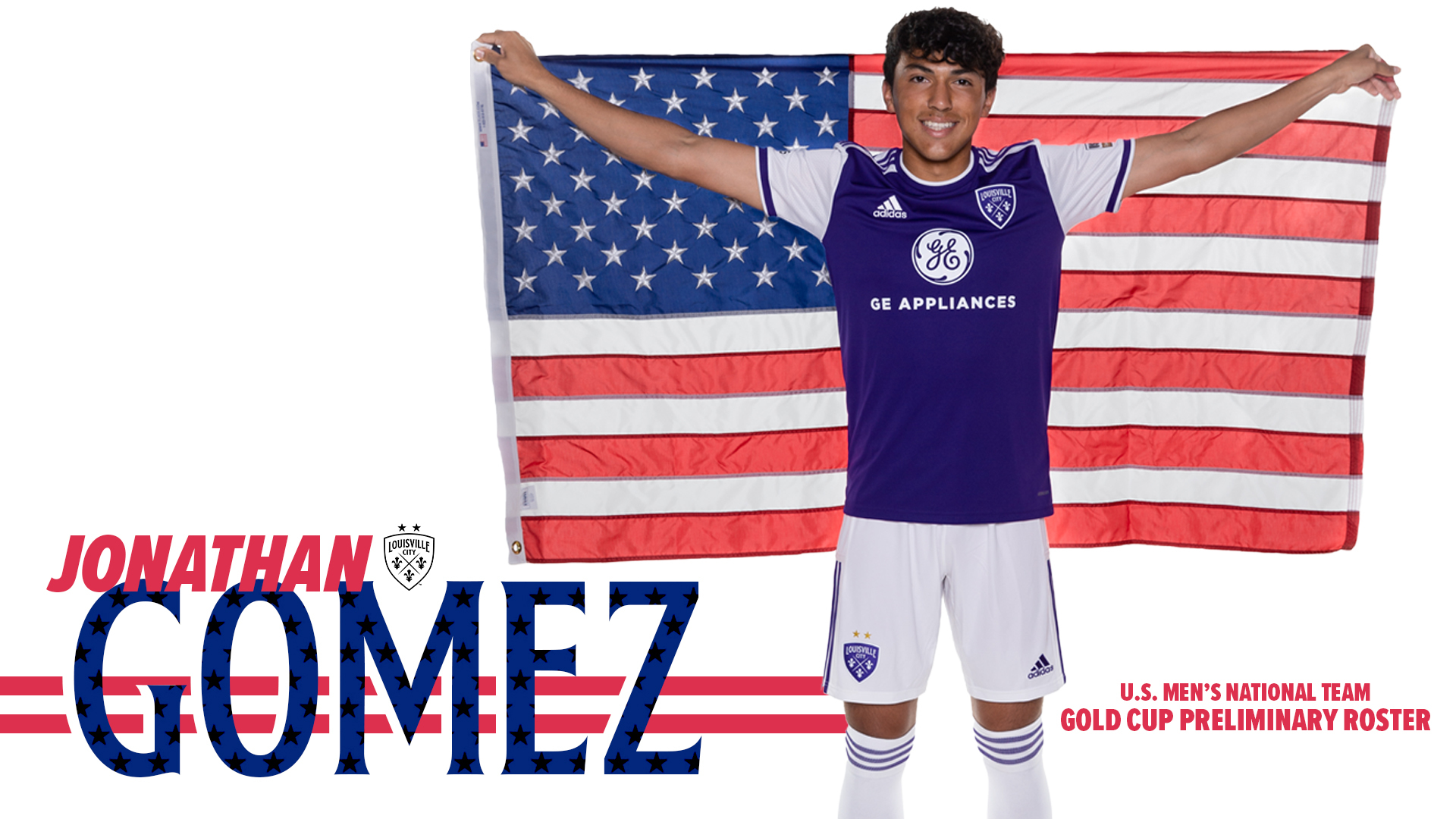 Continuing his quick ascent on the international soccer scene, Louisville City FC defender Jonathan Gomez has been named to the U.S. Men’s National Team’s preliminary roster ahead of next month’s Concacaf Gold Cup, it was announced Friday.

Gomez is the only USL Championship player on U.S. Soccer’s list of 60 players. At the end of this month, the federation will make 23 call-ups for the biennial tournament that determines a champion across North America, Central America and the Caribbean.

To download the Preliminary Rosters, click on the following links: Prelims, Group A, Group B, Group C and Group D.

“It’s great to see the performances I’ve put in lately acknowledged,” Gomez said. “If I get to go, this is another great opportunity, and I want to make the most of it.”

The 17-year-old fullback, a Dallas native of Mexican descent, also trained in recent weeks with Mexico’s national team during its run to a second place Concacaf Nations League finish to the U.S.

Per FIFA rules, so long as the rising dual-national star isn’t capped more than three times with a nation, he retains the option to align with either over the longterm.

“We are happy that JoGo is being considered for the Gold Cup," said LouCity's head coach, Danny Cruz. "He has done a good job remaining humble and looking to improve on a daily basis. When you look at JoGo's development and the pathway that he chose in coming to Louisville City, we firmly believed that these opportunities would come for him. It is a testament to JoGo, to the club as well as to this locker room that he is being considered."

U.S. camp opens for the Gold Cup on July 5 in Kansas City before the Americans begin group stage play July 11 at Children’s Mercy Park, home to Major League Soccer’s Sporting KC. Eight nations advance to knockout play, which leads up to an Aug. 1 final at the new Allegiant Stadium in Las Vegas.

According to MLSSoccer.com, USMNT coach Gregg Berhalter has indicated he’s unlikely to call up many key players who just led the U.S. to its Nations League title. The Gold Cup both overlaps with Europe's preseason and is a stopgap to all-important World Cup qualifying this fall.

Such an approach could make room for Gomez, who has distinguished himself in club play so far this season for LouCity. The boys in purple are unbeaten aside from the two games Gomez spent away with Mexico. Upon his return, Gomez contributed to goals both in last Saturday’s 3-0 win over Memphis 901 FC and Wednesday’s 2-0 win over Birmingham Legion FC.

Gomez came up through FC Dallas’ academy and played for the USL League One side North Texas SC before signing a pro deal with LouCity last year. His older brother, Johan, also started his career closer to home before signing with FC Porto in Portugal’s first division.

Similarly, Gomez intends to ply his craft in Europe next year upon turning 18, the age to obtain the necessary work visa.