Building Pathways to the Pros Through USL Academy Cup 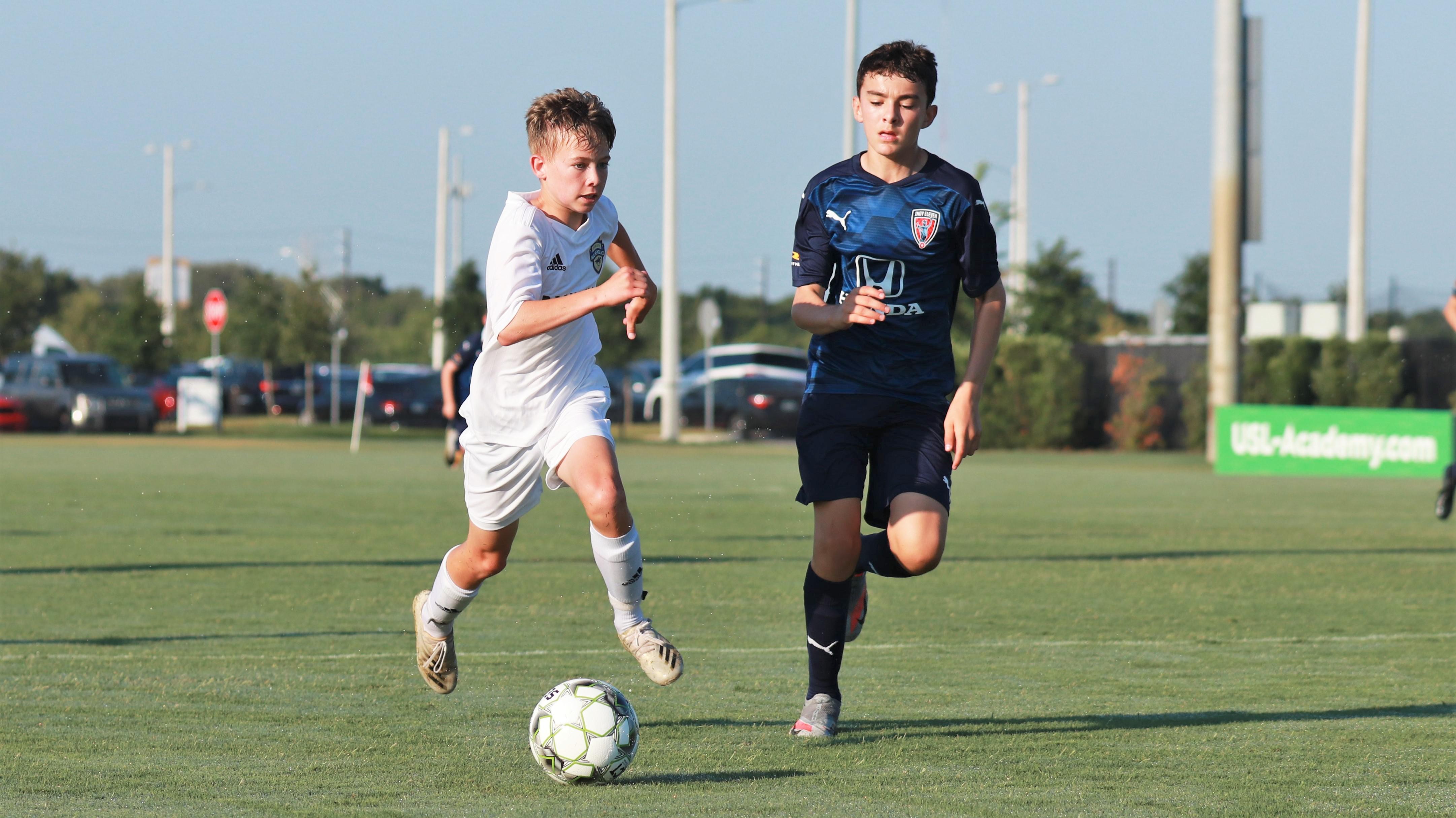 TAMPA, Fla. - The United Soccer League (USL) Academy Cup, presented by PUMA, may have ended, but the players and coaches who participated see the importance one weekend can have on development moving forward on their path towards the professional level.

We take a look back to the tournament weekend to see how clubs used the event and will continue to utilize the USL Academy platform to further the careers of their young talent.

The USL Academy Cup took place at the Hillsborough County Tournament Complex in Tampa, Fla. where teams had the opportunity to play on one of its 15 state-of-the-art fields. All games were live-streamed through MuscoVision, with game-day video recorded for on-demand access by Veo to offer families, scouts, and fans the option to watch whenever and wherever. By offering players access to a top-class facility and film to study and improve their game, the league and its teams will only further players’ development and growth.

“The experience at the Academy Cup was the most professional environment in which our youth Academy has ever participated,” said South Georgia Tormenta FC Vice President Brad Nein. “From high quality referees, amazing fields, warm-up gear and water stations at each field -- and the team benches being covered -- we really felt a fully professional environment. Add in the high level of teams we competed against and it was a tremendous four days for individual and team development.”

The players also got to experience the excitement of playing different clubs from all over the country. At every age group and division, teams played four games against four different teams to give them the best opportunity to develop.

“The players enjoyed the level of competition as well as the wide variety of different clubs from all across the US they had the opportunity to compete against,” said AC Connecticut General Manager Robin Schuppert. “Our players enjoyed playing against Academy programs of professional clubs and learned that they belong at that level. The challenges and success they had on the field will help their development and leave them wanting more.”

The players especially felt the emphasis on development and growth the USL Academy Cup offered throughout the weekend.

“I think that exposing every player to some of the professional coaches and staff to watch and even the footage of the game, exposing them to other USL teams, is a great experience,” said Orange County Soccer Club midfielder Francis Jacobs. Jacobs, who became the youngest-ever male professional when signing with OCSC in August 2019, attended the USL Academy Cup with OCSC U17s to help give his younger teammates and even opponents a chance to see the path they could soon be on.

The USL Academy Cup also offered a girl’s division at the inaugural event that gave the elite girls teams across the country a chance to show their skills in front of scouts and opponents.

Grace Thao, Orange County SC U17 and one of the top young prospects, was the top player of the tournament for the U17G age group and led by example on and off the field. She was happy to be able to participate in the tournament and even more excited for the growth of women’s soccer. 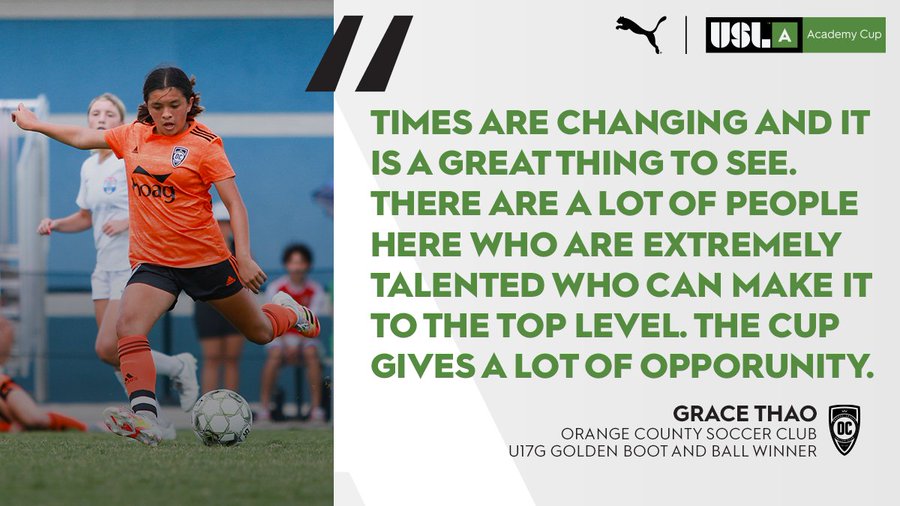 Looking to the future, many of the clubs who participated in the USL Academy Cup will also be participating in the inaugural USL Academy League. Between divisional play and tournaments, youth players have the opportunity to develop into senior-team potential players.

One of the clubs taking advantage of the opportunities USL Academy brings is Indy Eleven. The team currently has four players on USL Academy Contracts, allowing the players to train and possibly play with the senior team while also playing for the USL Academy team.

“We are looking to bring the competitive players that Indianapolis has to offer under one roof and provide these young players with opportunities to grow and someday represent their city by playing for our first team,” said Indy Eleven Director of Youth Development Josh Kremers.

Charlotte Independence currently has three players on the senior team under USL Academy Contracts. With its additional USL League Two team and the USL Academy, the Independence has formed a clear pathway for the local youth.

“Being a part of the USL Academy provides our players and club with a direct professional pathway to our first team, and a real opportunity for our players to fulfill their dreams of one day becoming a professional soccer player,” said Charlotte Independence Academy Director Jeff Bilyk. “We also value the USL’s emphasis on player development and a continued push to support players as they strive to play at the next level.” 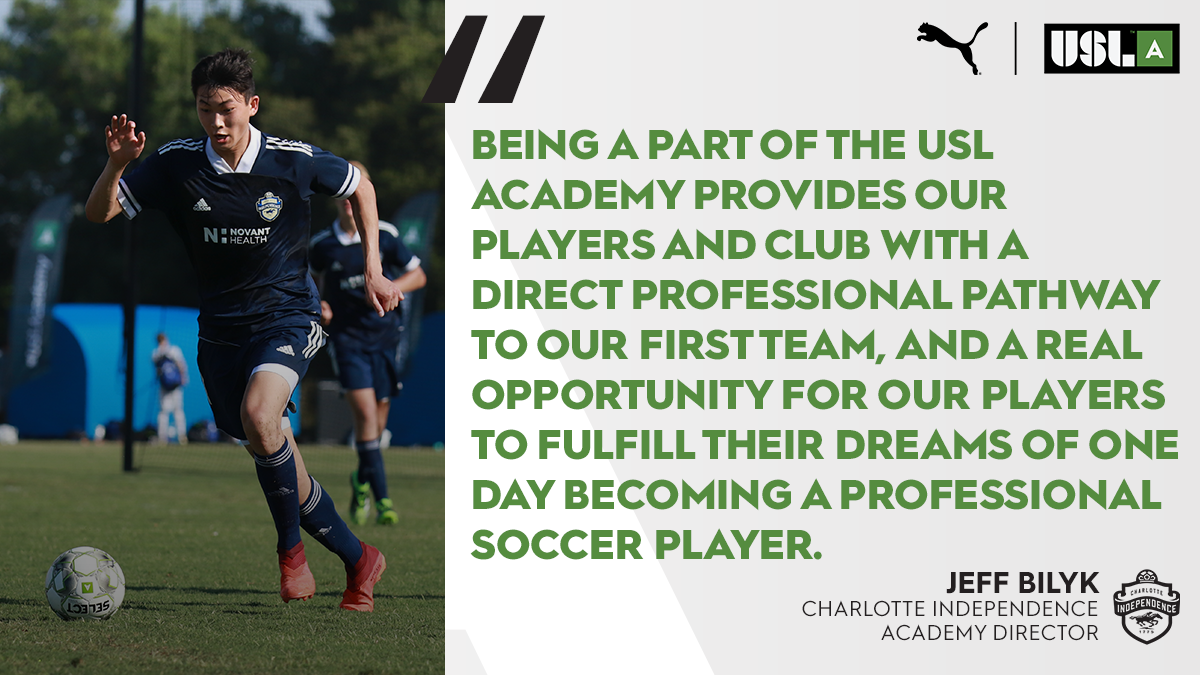 Another highlight from the USL Academy system is the potential for coaches to develop. With the same pathway available to grow from Academy coach to professional coach, those who participate in the USL Academy Cup and League gather more experience at coaching at an elite level.

“It is good to see other clubs, nationwide, that have a similar player and coach pathway from the Academy to the USL League Two, and/or USL League One or the USL Championship professional teams,” said North Carolina FC U19 Academy Head Coach Michael Milazzo.

From USL Academy Cup to USL Academy League and beyond, the USL is dedicated to the development and growth from players to coaches and others involved. With the USL Academy implemented, there are more opportunities to strengthen skills and prepare for a brighter future.