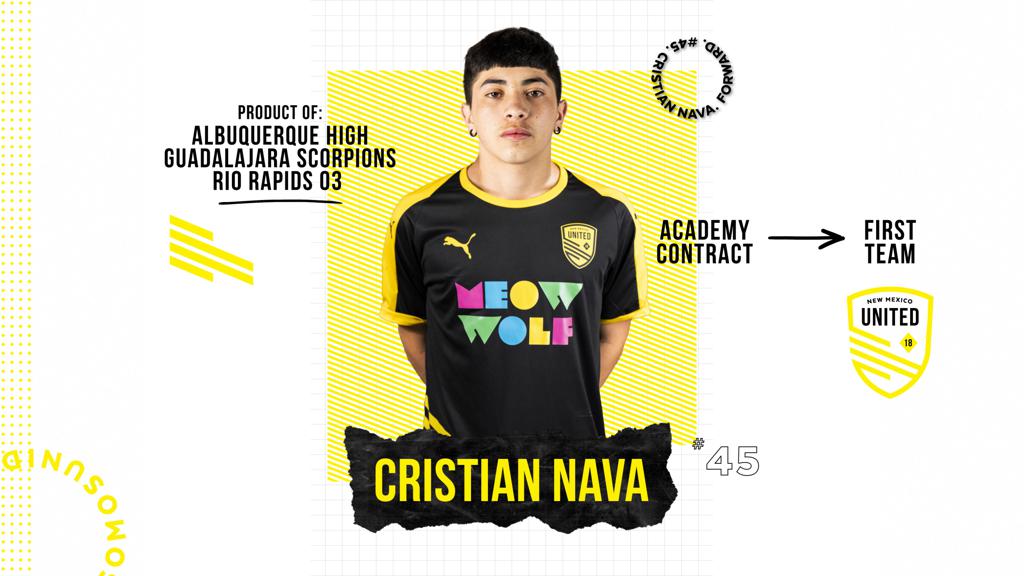 Albuquerque, NM - New Mexico United is thrilled to announce the signings of the third and fourth academy contract players in club history. Forward Cristian Nava and midfielder Andres Robles, who have been playing for the Academy team in their inaugural season, are now eligible to play with the New Mexico United First team.

“Cristian is a dynamic, hard-working player who we are thrilled to have both in our academy and our first team,” said New Mexico United Head Coach and Technical Director Troy Lesesne. “His hard work and dedication have earned him the opportunity to continue to represent our state at the highest level.”

“Andres’ work rate, skill, energy and drive are absolutely off the charts, and we are thrilled to have him on the first team and academy rosters,” said Lesesne. “He is a leader on and off the pitch, and our club is better because he is part of it.”

As academy contract players, Cristian and Andres will play in Academy games and tournaments, but will also be eligible to compete with the first team in the USL Championship. Like every academy player, Cristian and Andres' costs including equipment, training and travel will be completely scholarshipped. Players who sign academy contracts represent the best of the best youth players in New Mexico and will be trailblazers for the next generation of New Mexican players.

If you are interested in sponsoring Cristian, Andres or any of our Academy players/programs, please visit: https://forms.gle/obwQX9a6ZYrGGtQz5 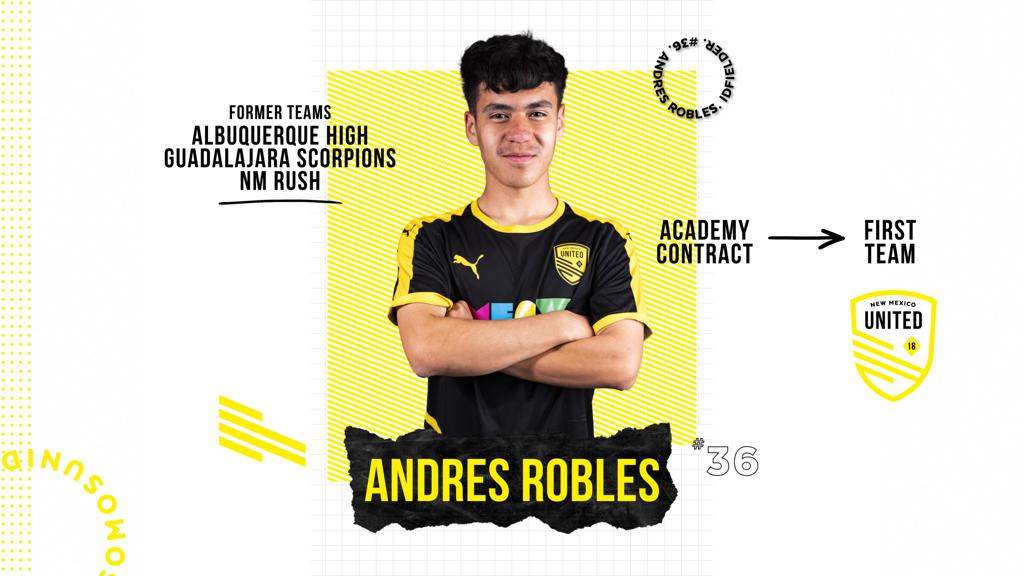 New Mexico United, the state’s first professional soccer franchise, brings the most popular sport in the world home to the Land of Enchantment. Fueled by a passion for community, New Mexico United’s promise is to provide a platform that brings New Mexicans together for a unique sporting experience, celebrating the unity and excitement inherent in world-class soccer.

New Mexico United Academy kicks off in 2021, and will provide the highest level of youth soccer instruction and training at no cost to any participant. Travel, equipment, training and registration are all included in scholarships provided for each participant. To learn more about our goal of providing the best possible soccer education for every New Mexican, visit somosunidosfoundation.org/academy

The USL is one of the most successful professional soccer leagues in the world, reaching a population of more than 84 million and fueling the growth of the game across North America. Headquartered in Tampa, Florida, the USL provides unparalleled club support with a growing team of more than 50 professionals across 17 departments, ranging from operations to marketing, communications, and sponsorship. The USL has a national media partnership with ESPN, wherein all league matches are broadcast on ESPN+, ESPN3 and across linear channels. The league also operates USL Productions, which includes a state-of-the-art facility that produces and distributes more than 500 league matches and more than 1,000 hours of original content to national partners, local affiliates and international markets throughout the 2018 season.