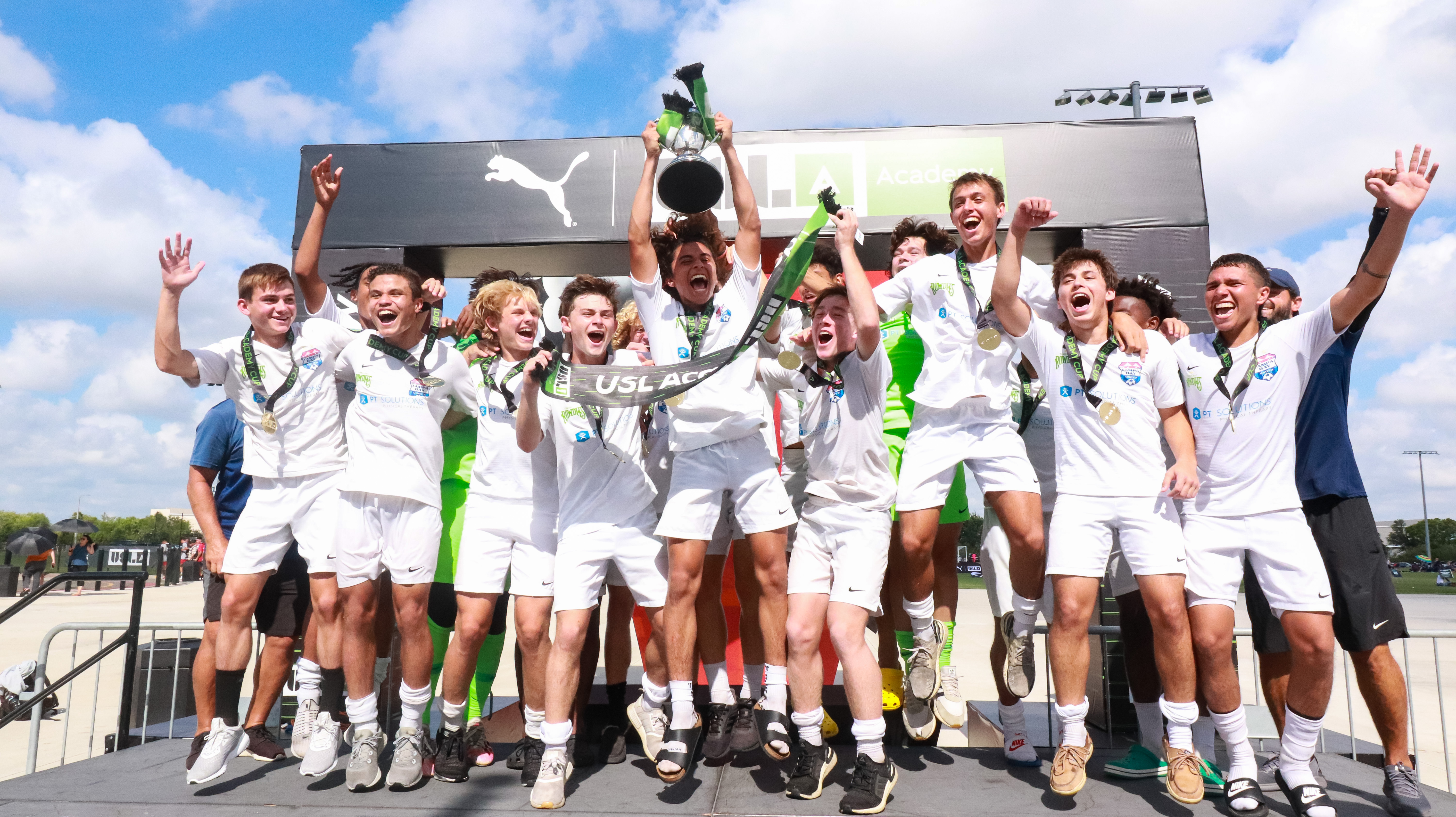 TAMPA, Fla. - The inaugural United Soccer League (USL) Academy Cup, presented by PUMA, has concluded today with eight electric finals that made eight clubs the first-ever champions of the tournament.

The morning kicked off with the U17B Elite final. It was toe-to-toe for the 70 minutes of regulation time with Indy Eleven scoring first and Tampa Bay United quickly tying it up. The 15 minutes of extra time gave Tampa Bay United the opportunity to take over the game and score two goals to give them the 3-1 win over Indy Eleven. The Golden Ball, an award given to the most impactful player on the pitch, was awarded to TBU’s Asher Jones who stepped up in multiple positions to fulfill the needs of the team, even notching a few goals, while being one of the youngest players in the age group. USL Academy implemented a rule where at least three of the rostered players had to be U16 or younger to emphasize the importance of player development. Jones is a prime example of that rule having a strong impact on the player and the team.

The games kept getting more exciting as the U17G Elite saw Orange County Soccer Club take on Tampa Bay United. The game was action packed from the start, with TBU scoring in the first minute of play. OCSC was able to come back strong after going down one and tied it up in the ninth minute. The game continued to be competitive, but OCSC was able to edge away to win 3-2. The winner of the Golden Ball was OCSC’s captain Grace Thao who scored at least one goal in each of the four games. Thao is currently getting interest from some of the top teams of European soccer. By making the move she would be a trailblazer for young girls in USL academies looking to make the jump to the professional level. The USL Academy Cup offers the opportunity to compete on an elite level for both boys and girls to develop their skills to make that path to the pros more clear so that more girls like Thao who dream of playing professionally can do so. 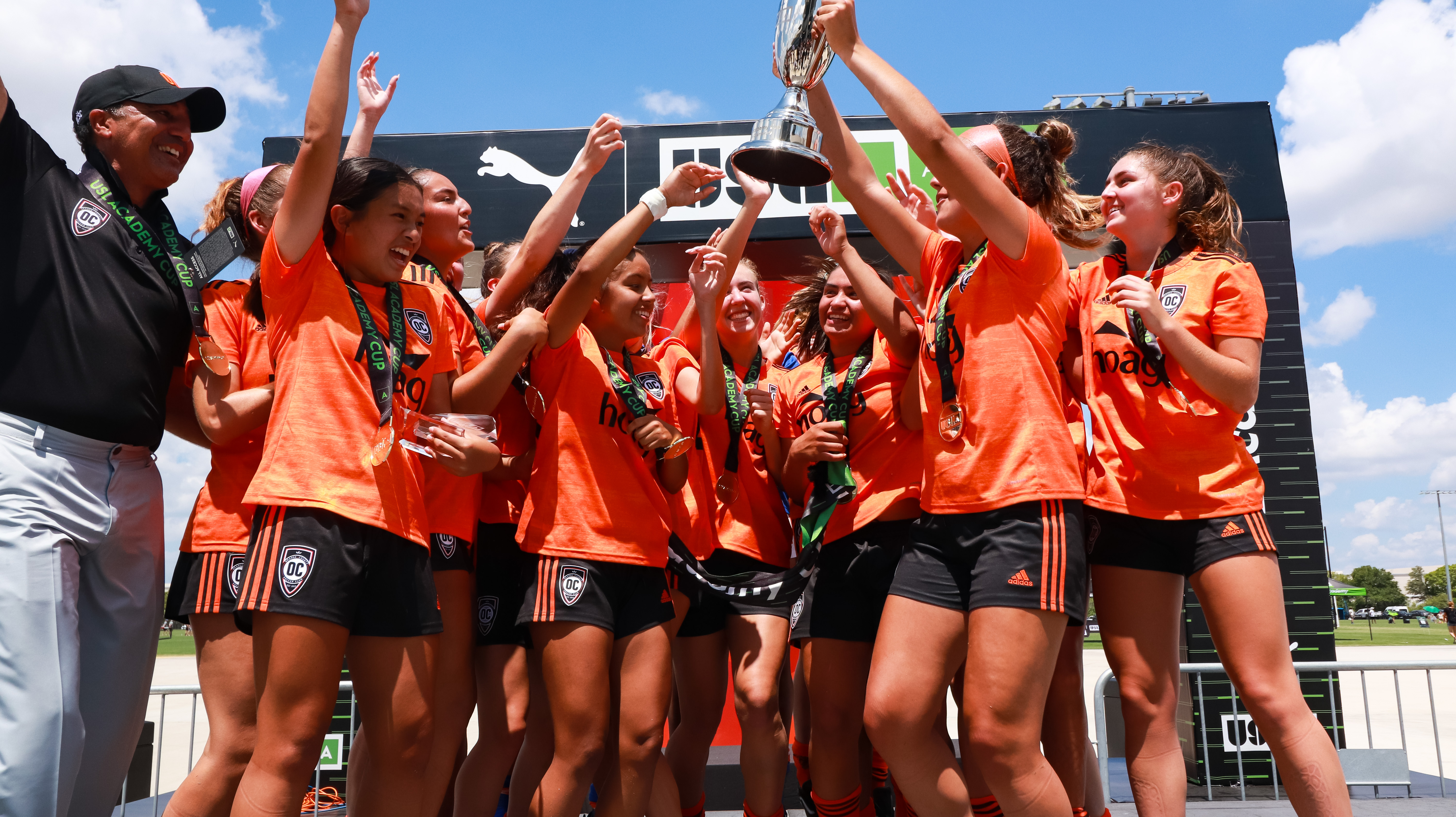 The last of the elite games was an exciting one, with Indy Eleven and Inter Miami CF competing in the U13B final. The game was competitive from the start, but Inter Miami CF was quick to take the lead and keep it, finishing the game on top with a 5-0 score. The Golden Ball of the U13B was awarded to Jacob Hines of IMCF who had a strong influence in the team’s success throughout the weekend. Hines was the lone center defensive mid for IMCF which saw him playing in every match. He is being considered to be one of the top prospects by scouts by already making an impact at such a young age. 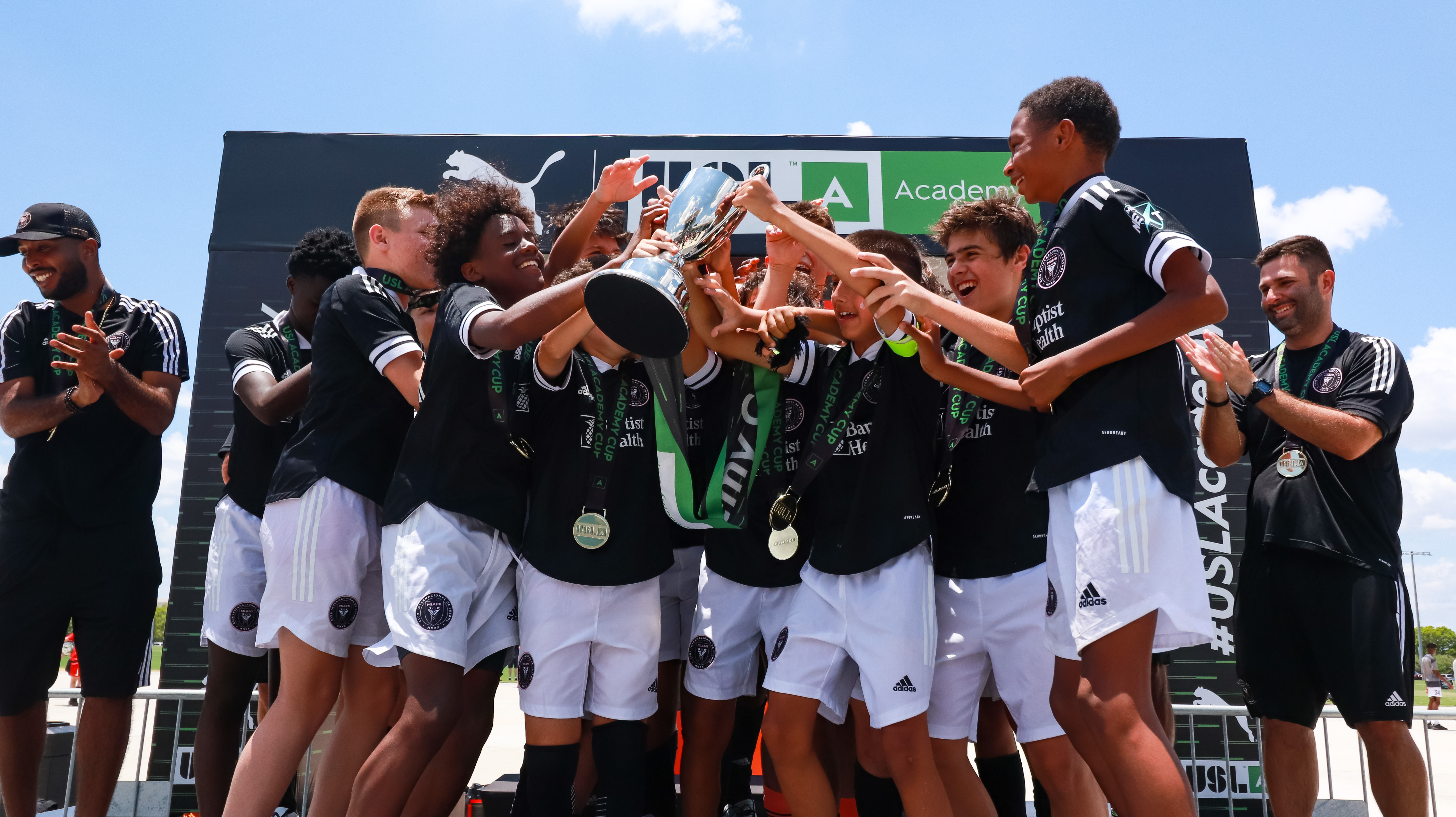 Along with the elite division teams, 12 other clubs competed in games to come out on top and claim the trophy. The winning teams were:

Every team participating in the USL Academy Cup had the opportunity to play against a unique opponent to give both teams more experience for development.

To catch all the action from the finals and the rest of the day four games, please visit www.veo.co/us/events/usl-academy-cup/ to watch the videos from our partners Veo. Registration is required to view but is free of charge.