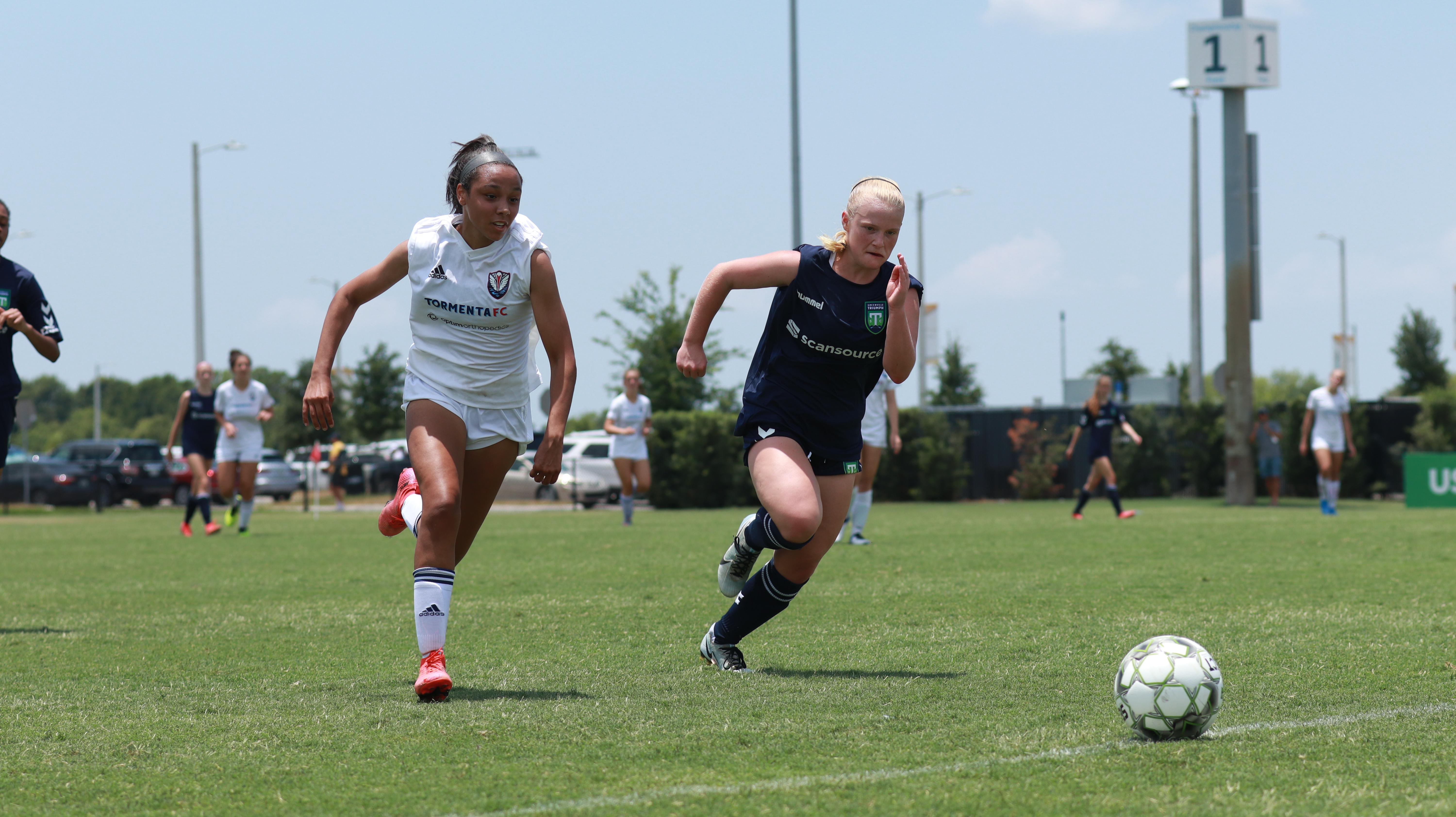 On the championship field this morning were two professional players suited up for Orange County SC. Francis Jacobs, who is the youngest player to sign a professional contract in the United States at 14, and Kobi Henry, who has multiple appearances for the senior team, played the full 90 for OCSC in the U17B Elite A matchup against Tampa Bay United. However, OCSC was unable to stop Tampa Bay United, who finished the game strong with a 3-2 come-from-behind win.

U13B Elite Group B saw a goal frenzy of a game, with Inter Miami FC defeating North Carolina FC 6-2, with seven goals scored in the first half alone.

The second half of OCSC against AC Connecticut in the U17G Elite Group A was exciting, with three goals being scored relatively quickly. OCSC ultimately got the win with a 2-1 score. Just a few fields over, a USL League One club battle saw the Chattanooga Red Wolves SC defeat South Georgia Tormenta FC 2-0 in the U17B Premier group first match.

The final games of the day started at 12 PM, all matches had plenty of cheers from parents and fans signaling great plays. Tormenta FC’s U17G topped USL League One foe Greenville Triumph SC 2-0 in the Elite B match, despite the best efforts from the keepers.

NC Fusion got the win on the U17B side by defeating Weston FC 5-0, with Liam O’Gara scoring two goals and notching one assist for the day.

To catch all the action from day one, please visit www.veo.co/us/events/usl-academy-cup/ to watch the videos from our partners Veo. Registration is required to view but is free of charge.

Interested in watching the action live tomorrow? Please visit usl-academy.com/cup-schedule and click the arrow next to the game to see the live stream provided by MuscoVision.