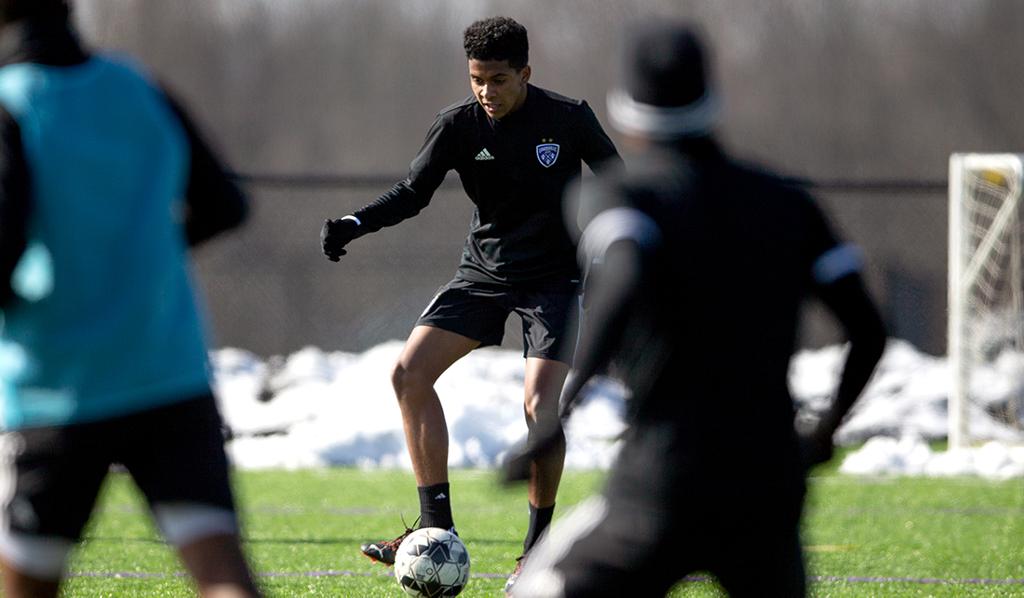 A member of the Wynder family is once again making history for Louisville City FC.

Wednesday’s event, held at the Grand Park Sports Campus near Indianapolis, marks a step for Josh Wynder — a 16-year-old defender working with LouCity on a USL Academy contract — toward a youth national team call up.

“I think Mario, James (O’Connor) and their staff have done a great job in continuing to get our academy to grow,” added LouCity head coach Danny Cruz. “It shows the quality that we have in the academy. Josh has continued to progress through preseason with the first team. We’ve seen a huge growth in his development. This is a testament to the club and the work that Josh has done.”

In addition to his duties within LouCity’s youth system, Wynder has regularly practiced and played with the pros this year, earning minutes against Major League Soccer sides during the preseason. The center back was also in the 18-man roster for both regular season USL Championship games thus far in 2021.

“Knowing Mario as I’ve grown up, he has taught me to play at a higher level and be used to different environments,” Wynder said. “When I come out (for LouCity trainings) this has helped me a lot and will help me get better, be attentive at practices and definitely grow as a pro.”

“It’s a great opportunity for me to show myself and to be seen by national team coaches — just to get my name out there.”

While Wynder is the first out of the LouCity academy to earn such an invitation on the national level, sister club Racing Louisville FC has seen three of its athletes — Ella Sanchez, Brooke Dawahare and Audrey King — participate this year in virtual U.S. camps