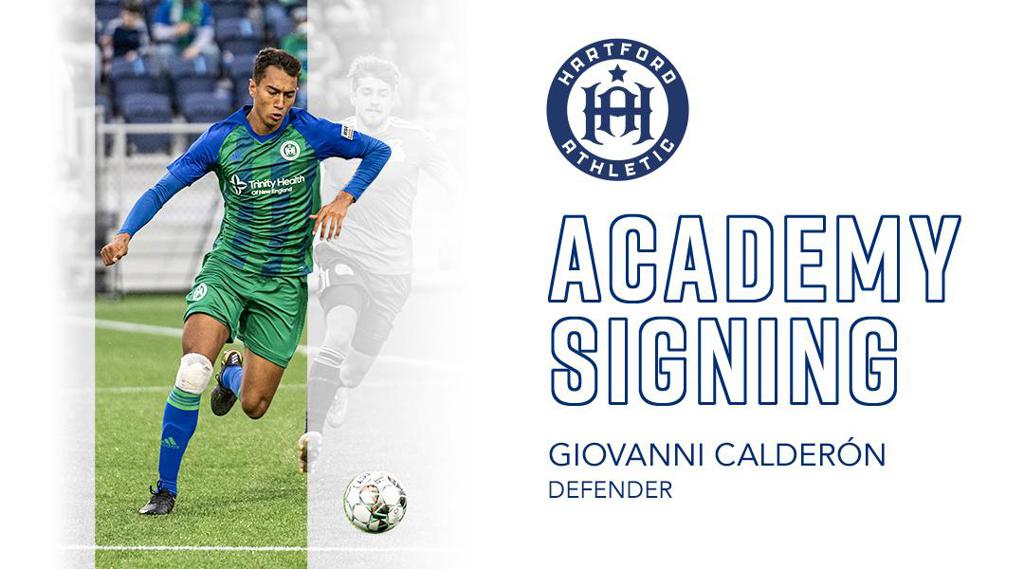 Calderón, a native of North Haven, CT, is the first player to be offered a USL Academy Contract by Hartford Athletic. The contract allows Calderón to keep his college eligibility and still train and play for Hartford Athletic in USL sanctioned matches. The 19-year-old was brought in on trial in late March and made an impression on the Technical Staff.

Last week, Calderón was selected to participate in Puerto Rico National Team’s training camps leading up to their World Cup Qualifiers against the Bahamas and Guyana. Hartford Athletic midfielder Nicolás Cardona was also invited to the camp.

“Gio is another exciting signing for the club. It is yet another statement of our club investing in the future and trying to develop talent,” said Head Coach Harry Watling. “The Puerto Rican Center Back is also on the radar of the national team, once again showing the scouting network at this club. Gio gives us another option at center back with a good calmness on the ball and a willingness to defend his goal.”

Hartford Athletic hosts its home opener on Saturday, May 15 at 7 PM at Dillon Stadium.