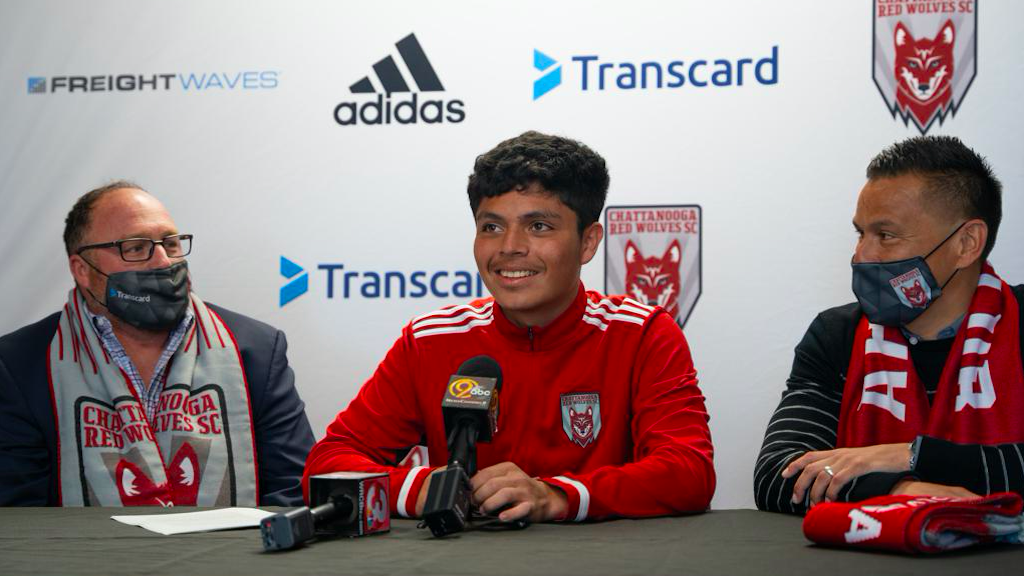 CHATTANOOGA, Tenn. - Chattanooga Red Wolves SC made a bit of club history on Friday, April 2 when the club announced 17-year-old Cristian Zaragoza as its first-ever USL Academy signing. A Dalton, Ga. native, the young center back spent three season with the Dalton Red Wolves Academy, and will now have the chance to train with and compete against professionals at the USL League One level without sacrificing his collegiate eligibility.

“Getting this chance is crazy. This is something I’ve wanted to do since I was little,” said Zaragoza. “Getting a chance to play with the Chattanooga Red Wolves means the world to me."

For Red Wolves General Manager and President Sean McDaniel, the signing of Zaragoza marks a significant milestone for the entire organization.

"I think it’s the culmination of everything we’ve worked so hard to build at this point," said McDaniel. "To go from creating a brand and a team out of nothing and all of the platforms necessary to have a true path to pro, to now see it now come to fruition by bringing in our first Academy player to the first team is a huge day for us. This is what we had always intended and wanted to do, that was to develop talent locally and launch them into their careers."

"We’ve waited to bring in the right kid, to make him the first one," said Red Wolves Head Coach Jimmy Obleda. "We’ve been following him for about a year and his demeanor, his humility, his effort, his work ethic all stood out to us."

Zaragoza's USL Academy contract will allow him to gain valuable experience at the professional level during the 2021 League One season while maintaining his collegiate eligibility. Pending league and federation approval, the young center back will be eligible to make his professional debut on May 8, when Chattanooga travels south to open its 2021 campaign against North Texas SC.