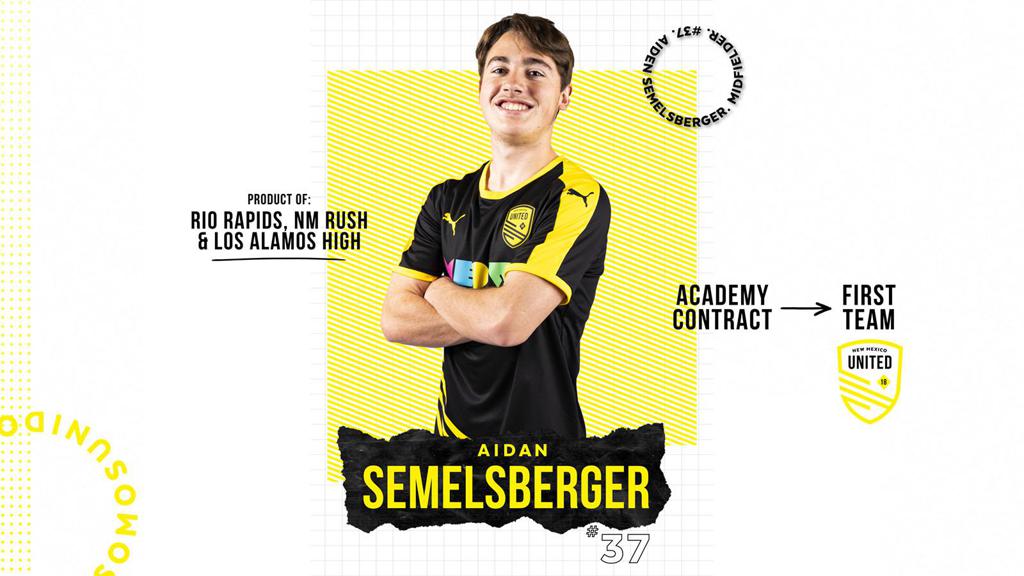 “Aidan is a dynamic and versatile player who can influence the game on both the attacking and defensive fronts,” said Semelsberger’s coach at NM Rush, Cole Borgeson. “I always appreciated his ability to enhance the players around him. He is a leader in any group he plays with.”

As a USL Academy Contract player, Aiden will play in Academy games and tournaments, but will also be eligible to compete with the first team in the USL Championship. Like every Academy player, Aiden’s costs including equipment, training and travel will be completely funded via scholarship. Players who sign Academy Contracts represent the best of the best youth players in New Mexico and the nation and will be trailblazers for the next generation of New Mexican players.