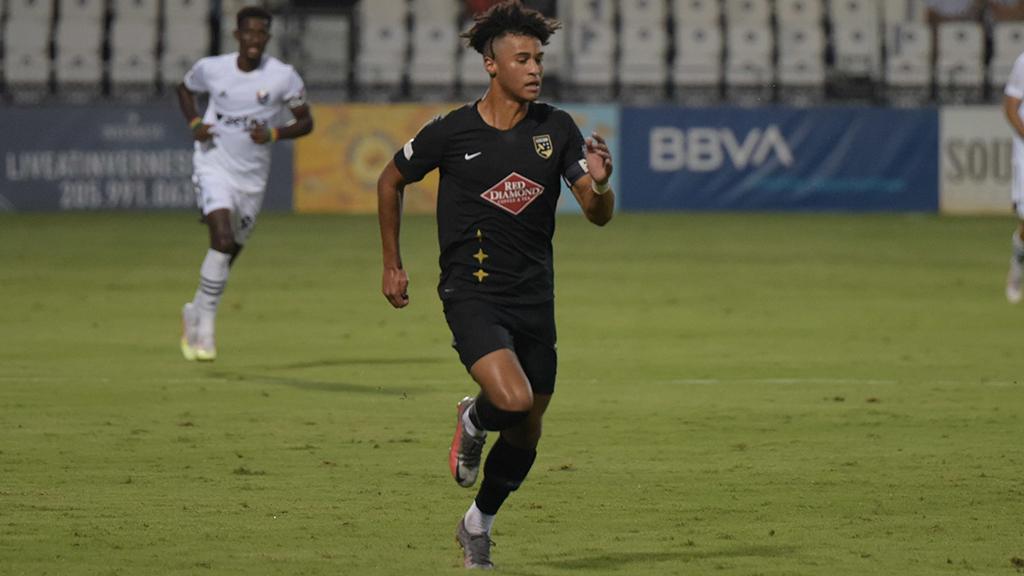 BIRMINGHAM, Ala. – Birmingham Legion FC announced on Wednesday it had signed midfielder Jaden Servania to his first professional contract, pending league and federation approval. The Birmingham, Alabama product returns to Legion FC after joining the club in 2020 as its first USL Academy signing.

“Jaden showed excellent development last season and adds a unique dynamic to our attack,” said Legion FC President and General Manager Jay Heaps. “He’s a young player that has great potential, and we are excited to continue to have him here in a Legion FC jersey.”

Servania played in every match for Legion FC last season, racking up three goals, one assist, seven shots, seven chances created, 10 tackles, and seven interceptions in 721 minutes. He was also named to the USL Championship Team of the Week in Week 10 thanks to his goal and assist in Legion FC’s 4-1 win against the Charlotte Independence on August 29.

“I am extremely excited about being back with Legion FC, and I am looking forward to representing Birmingham once again,” said Servania. “We had a good season last year and made it to playoffs, but I want to build on last year's success and hopefully bring a championship to Birmingham. Hammer Down!”

Before joining Legion FC, the 19-year-old midfielder spent time with the Houston Dynamo academy and more recently played for USL League Two side Brazos Valley Cavalry FC. He’s also represented Puerto Rico at the international level, playing for the side as recently as this past February, and at the 2018 CONCACAF U-20 Championship, he scored seven times and assisted twice in five appearances during the competition’s group stage.