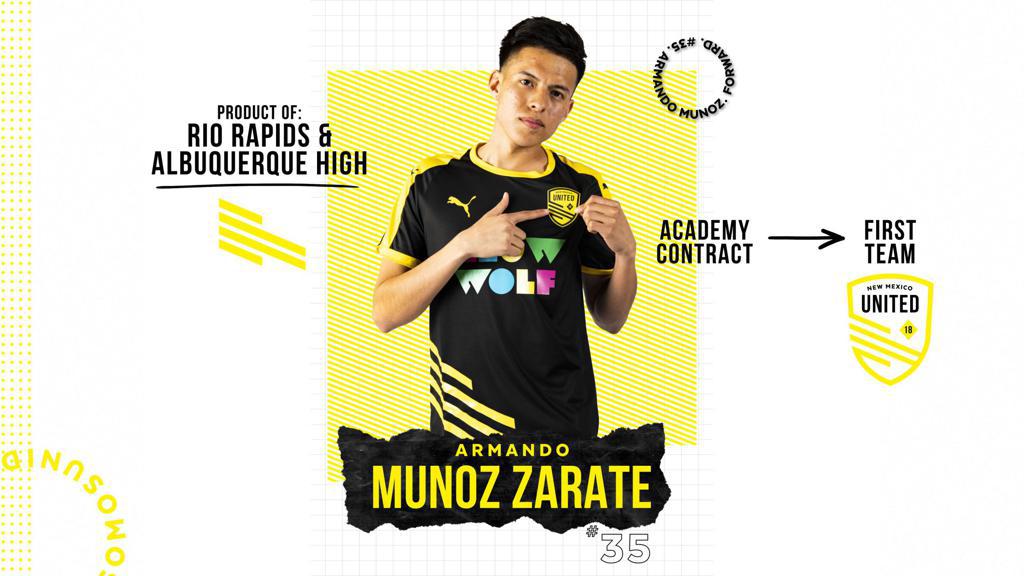 ALBUQUERQUE, N.M. – New Mexico United announced on Saturday the signing of the first USL Academy signing in the club’s history, with midfielder Armando Munoz Zarate set to join the club’s USL Championship squad for the 2021 season. The signing is pending league and federation approval.

Munoz Zarate will also join the New Mexico United Academy Team for the 2021 season. He had previously been called up for the U.S. U-18 Men’s National Team in January 2019.

“Armando is a talented, dynamic player and will be a wonderful asset to our academy and first team,” said New Mexico United Academy Head Coach and First Team Assistant Coach Paul Leese. “We are excited to welcome him into both teams and we know that he will be a fantastic representative of the young talent New Mexico has to offer.”

As an academy signing, Munoz Zarate will play in Academy games and tournaments, but will also be eligible to compete with United’s First Team in the USL Championship. Players who sign academy contracts represent the best of the best youth players in New Mexico and will be trailblazers for the next generation of New Mexican players.