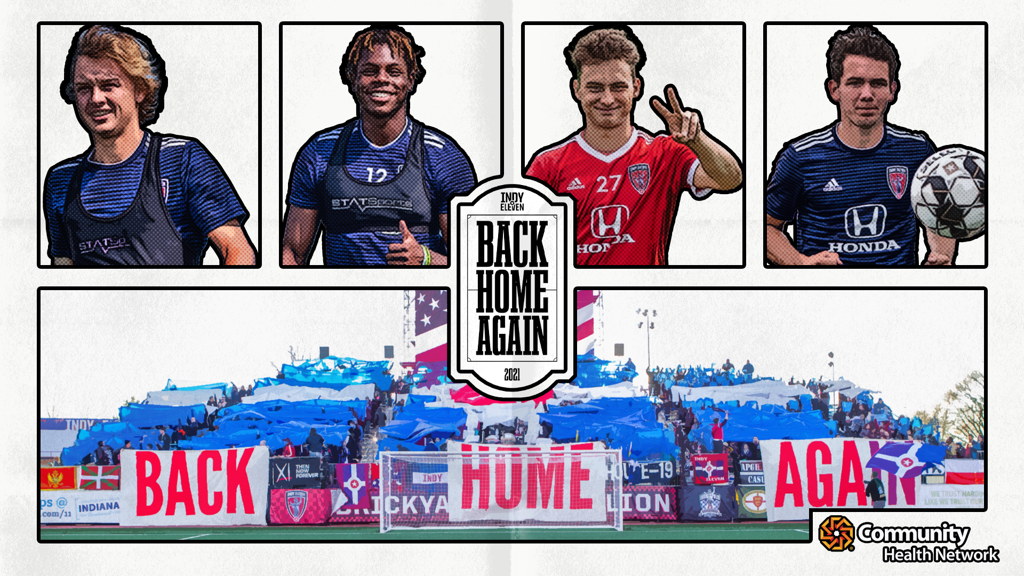 Per club policy, terms of the USL Academy contracts that bring the quartet back to Indiana’s Team will not be disclosed.

“We got to know all four of these young men last year, and we are pleased to have the opportunity to continue cultivating their professional development in 2021,” stated Indy Eleven Head Coach Martin Rennie. “These players’ familiarity with our set-up both on and off the field will certainly prove beneficial for them as young professionals. They will provide a level of continuity, dependability, and competition in training every day that will help our new roster gel together even quicker throughout training camp.”

The four players bring experience from the second half of last season, as Svetanoff, 17, originally signed with Indy Eleven on July 17, 2020, followed by the additions of McDonald (17), Roou (18), and Senanou on August 5.

Since the start of the 2019 season, Indy Eleven has inked nine players to USL Academy contracts, making it one of the USL Championship’s trend-setters when it comes to utilizing the roster mechanism. The current Academy players will look to follow in the footsteps of Indy Eleven’s first-ever such signing, forward Josh Penn, who transferred to Major League Soccer’s Inter Miami FC on February 12 after spending parts of the last two seasons with Indiana’s Team – including as a fully professional signing in 2020.

With the 2021 preseason rapidly approaching, Indy Eleven’s roster now sits at 23 players, split evenly between new and returning members. More new Boys in Blue will be set to join the club in the coming days leading up to the start of camp at Grand Park in Westfield. The roster as it currently stands: