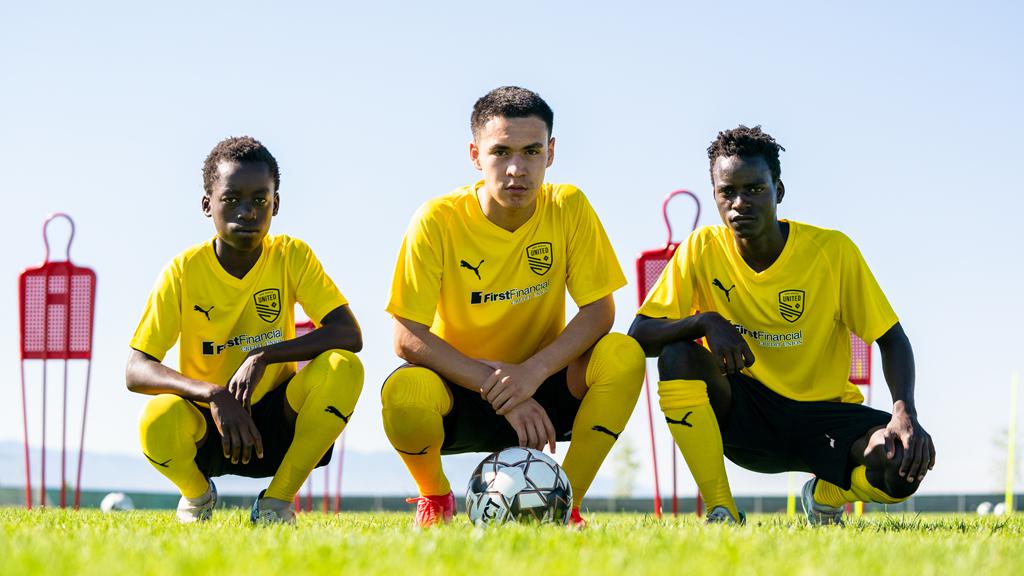 ALBUQUERQUE, N.M. - New Mexico United has recently made substantial efforts to strengthen the ranks of its USL Academy League team by bringing on a number of key players and coaches. In the past week, New Mexico United Academy announced the addition of Head Coach Paul Leese, Assistant Coaches Peter Davis and David Estrada, and three first team players who will act as apprentice coaches for the 2021 season.

The new additions, as well as the rapidly-evolving structure of the academy, speaks to New Mexico United’s dedication to providing opportunities for young New Mexican soccer players to be successful, in an area that has often been underserved when it comes to high-level youth soccer development platforms.

The club’s unique academy platform includes an initiative that fully funds academy players through the Somos Unidos Foundation, allowing players to focus solely on their development and growth on the field.

As the team prepares to take the field in 2021, they will also see the benefits of having Paul Leese at the helm. Leese is a key component in the path to success for New Mexico United’s Academy as he joins the club coming off a 17-season career in collegiate coaching, which earned him multiple conference championships. Leese most recently served as the head coach for the University of Texas Men’s Soccer Program where he rebuilt the program taking it from a team just re-entering Division I after an 18-year hiatus in 2015, to a team that entered the top-25 for the first time just five years later in 2019.

“We are thrilled to have Paul join our first team staff and also lead our youth academy in it's inaugural season,” said New Mexico United Head Coach and Technical Director Troy Lesesne. “I've admired the work he's done for many years at the collegiate level and to have someone with his experience will undoubtedly make a major impact with both our senior and our youth players.”

Leese will spend the 2021 season working alongside Assistant Coaches Peter Davis and David Estrada and Apprentice Coaches Cody Mizell, Micheal Azira and Daniel Bruce, who currently play on New Mexico United’s senior team. The addition of senior players to the coaching staff provides an opportunity for academy players to experience first-hand the rigors of competing at the professional level and is also a sign of a growing trend of USL players preparing to make the direct transition from their playing careers to their coaching ones. Apprentice Coach Daniel Bruce is one of many USL players who are currently pursuing their USSF C License in order to make the transition from playing to coaching.

The team has recently signed a multitude of new players to its roster for the 2021 season. The recent academy signings mark a new chapter for New Mexico’s Academy team as the club works to model its academy after its senior team.

“One thing we are looking to do in 2021 is model our academy after our first team style of play, principles of play and culturally through our ethos of hard work, humility and diligence,” said Zach Prince, Assistant Coach for New Mexico United. “When a player does make the jump to first team training, we want there to be less of a gap between the first team and the academy. If we are able to be really consistent with what we are doing with the first team and transfer those strategies to the academy then we feel we will have a leg up when those academy players come into first team training.”

“It is important for these players to have big announcements because it is a part of history for this club,” said Prince. “This will be the first inaugural academy team for New Mexico United and we want to highlight that. Now that these players have been seen and promoted on social media, they have a responsibility to carry the weight of being a New Mexico United Academy player.”

One new initiative being introduced in 2021 for New Mexico’s Academy is a focus on community engagement. The academy team will be implementing regular community outings on training days in which academy players can give back time to their community and learn about the New Mexican culture that runs deep within the club.

“This season we want to emphasize to our players that they not only represent New Mexico United but they represent the community as a whole,” said Estrada. “The feeling of being connected to the community will give players a bigger sense of pride in what they are representing both on the field and off. We have a powerful platform in the community and we want to use it in a positive way this season.”