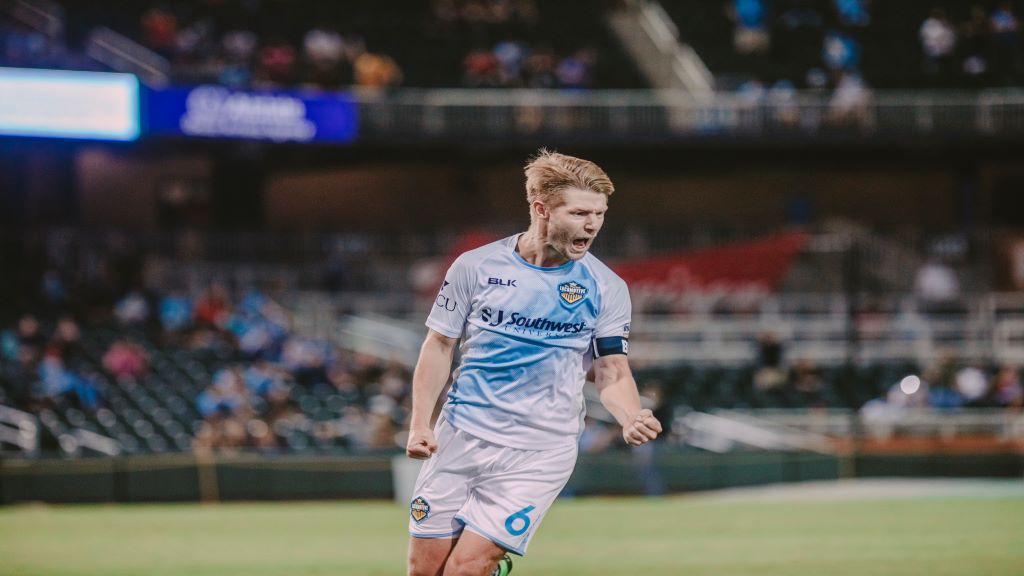 Ryan, along with Director of Youth Programs Bob Bigney and coaches Omar Morin and JC Garzon, will provide top-level training sessions for academy players. In addition, the exposure to an active senior team player allows Academy products to gain insight into the daily rigors of professional soccer.

The incorporation of Richie Ryan to the Academy coaching staff gives nod to a new wave of coaching development coming out of the United Soccer League. Ryan’s appointment is another sign of a growing trend of USL players preparing to make the direct transition from their playing careers to their coaching ones, as Louisville City FC’s Luke Spencer did last November.

The increasing emphasis on coaching development allows USL players to look into the futures of their own careers while also creating an opportunity for the next generation of players to learn from the players they’re striving to emulate.

“Having Richie Ryan serving on the coaching staff will provide the players involved with access to his world-wide experience and 15 year career as a professional player,” said Bigney.  “He will be a valuable resource to help guide these players on their pathway to the professional game.”

Players will be selected for the Academy team via scouting out of the Borderplex region and selections from the Locomotive youth teams. The pool of players will train together and a team selection will be made for each Academy League event, allowing the coaches to showcase the talent coming out of El Paso. The players will also be closely connected to the Locomotive senior team and will experience unrivaled developmental opportunities through their participation in the Academy League.

“Having these coaches work with this group of players on our USL Academy League team will provide the highest level of soccer under our professional team,” said Bigney. “The next step for the players on this select team will be to train with the professional team. We expect several players to be going back & forth with the USL Academy League team and our senior team.”

Locomotive Youth Soccer is set to join the USL Academy League’s inaugural season, with competition set to begin in May 2021.