QBFC Academy will be fully-funded by club, feature residency for international players 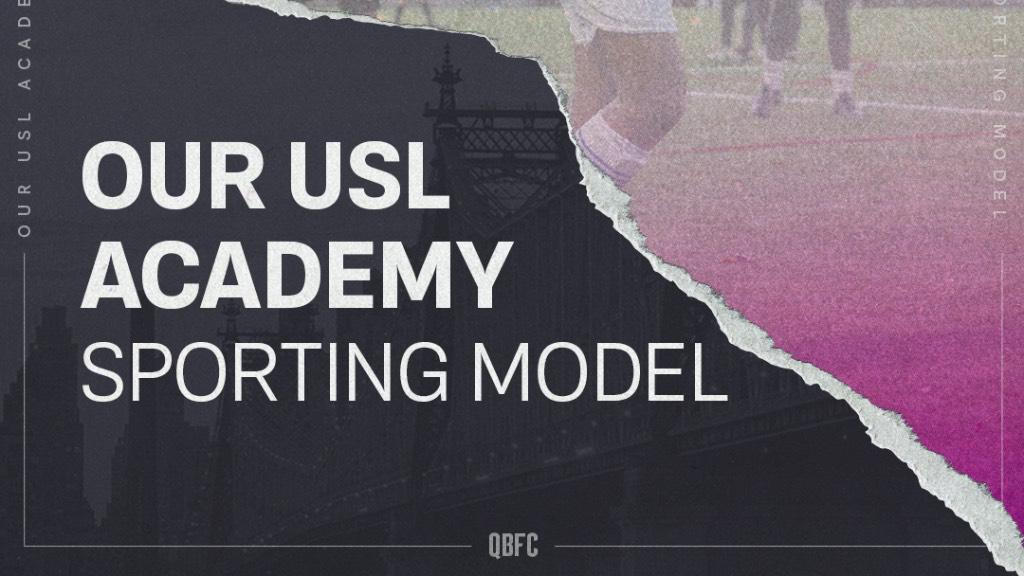 QUEENS, N.Y. – Queensboro FC announced on Wednesday detailed plans for the launch of the club’s QBFC Academy, which will compete this spring in the USL Academy League prior to the club’s arrival in the USL Championship for the 2022 season.

Head Coach and Sporting Director Josep Gombau is currently relocating to New York from Barcelona in preparation for the Spring 2021 start of the USL Academy League season, where the QBFC Academy will play in the Northeast Division. After a series of tryouts back in November 2020, Gombau and Technical Director Luis Gutierrez have made their initial academy roster selections and the first academy training session will take place on Wednesday, February 17th.

“The QBFC Academy is one major step of many towards building our first-ever professional team for Spring 2022 kickoff, and I am very focused on recruiting the right talent and positioning our club to succeed on the pitch,” said Gombau. “It has been incredible to see the commitment of these young players - along with their hard work, dedication and enthusiasm in wanting to be a part of the historic making of our club.  After months of planning and preparation, we are ready to come together and train as a team, and I am looking forward to soon unveiling our final QBFC Academy roster.”

The final academy roster will eventually consist of 23 players. Staying true to the local community, most will come from the tri-state area (New York, New Jersey, Connecticut), including Queens natives and/or residents.

Two such local academy player signings include 17-year-old attacking midfielder Leo Guarino of East Rockaway, Long Island, who earns the distinction of the first signing in the club’s Academy program. Since August 2020, Guarino has played professionally for the New York Cosmos Soccer Club. Previously, through the U.S. Soccer Development Academy, he played for New York City Football Club (2017-2020) and New York Red Bulls (2015-2016). Prior to that, he helped the Lynbrook/East Rockaway Sting win two State Cups and two Long Island Cup championships (2011-2015).  While at New York City Football Club, he was captain and leading goal scorer of its U17 team.

Guiarino is joined by Piero Elias of Maspeth, Queens, an 18-year-old defensive midfielder who has also come through the U.S. Soccer Development Academy system. Elias has played for New York City Football Club (2016-17) and MetOval (2015, 2018-2020).  A native of Peru, he was recently called up for training camp with the Peruvian National Team’s U18 squad.

Unlike many other academy programs across the country, the QBFC Academy is fully-funded and free-of-charge for its players and families. In addition, as part of the club’s commitment to give emerging players a “pathway to the pros”, the QBFC Residency Program will provide room, board, education and other living expenses for select young internationals to have the opportunity to come to the United States (many for the first time) – and play for New York City’s newest professional soccer team.

QBFC’s first international academy player in-residence will be 18-year-old Spanish goalkeeper Pol Rodriguez Subirats, who comes from Gimnástic de Tarragona – one of the oldest football clubs in Spain (founded in 1886), which currently plays in the third tier of Spanish football – Segunda División B.  Rodriguez is also enrolled at his hometown university, Universitat Rovira i Virgili, studying Business Management and Administration.