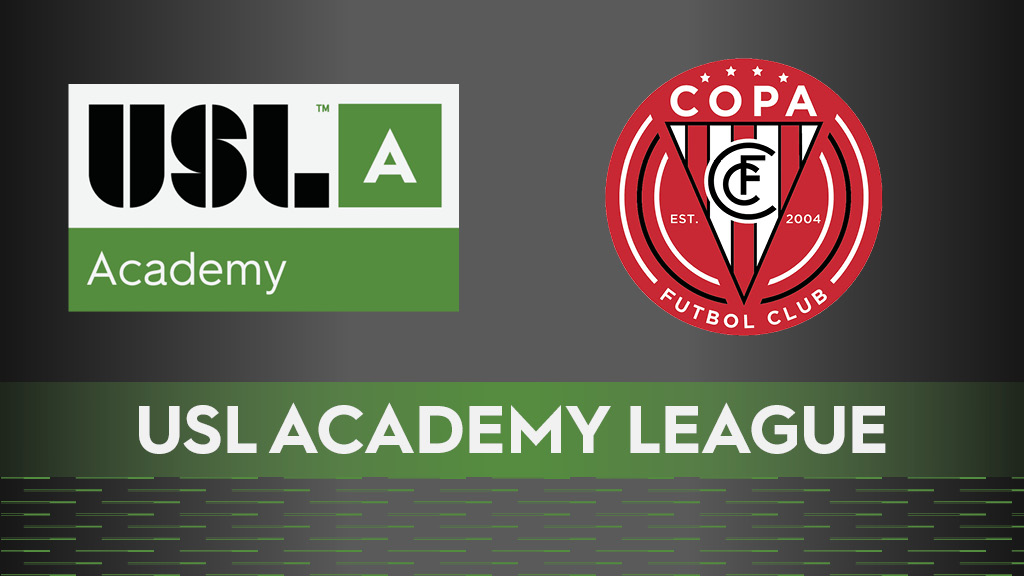 TAMPA, Fla. - The United Soccer League (USL) announced on Wednesday FC Copa Academy as the latest club to join the USL Academy League. The club’s USL Academy team will compete in the Northeast Division of the USL Academy League beginning in 2021, completing a development system at the club that also includes a senior team in USL League Two.

“FC Copa has an excellent track record when it comes to youth development and is well-respected throughout its entire region,” said USL Sr. Director of Youth Development Liam O’Connell. “I’m excited to see their organization simultaneously announce new teams in both USL Academy and USL League Two, and I’m confident that between those two platforms, the club will form a well-defined pathway to help its players reach their goals.”

Founded in 2004, FC Copa is anchored by a robust youth academy which features three locations in Rutgers (Middlesex County), Millstone (Monmouth County) and Brooklyn in New York City. The club’s League Two program will be based in Middlesex County.

FC Copa Academy sides have appeared in 26 state, 19 regional and 7 national finals, and the club boasts one of the highest college placement rates in the country, having placed over 350 students into over 181 collegiate programs and developed more than 24 professional players, including 2019 Championship Defender of the Year Joe Greenspan. The club’s new USL Academy side will provide a bridge between the organization’s youth sides and its senior team in League Two.

“The USL Academy has started with an incredible foundation of other prestigious academies across the country,” said FC Copa President Roberto Aguas. “The platform that the USL Academy will provide offers incredible opportunities for us against marquee opponents while providing valuable experience for our players to progress to our USL League Two team.”

The USL Academy platform’s collaborative approach to youth development will allow the club’s best players to seamlessly move between its League Two and Academy teams, providing each player with the competition level that best suits their individual needs at any given time.