The club’s High Performance Program is paid for in full by the foundation, allowing the state’s best players an opportunity to compete at a high level regardless of financial background 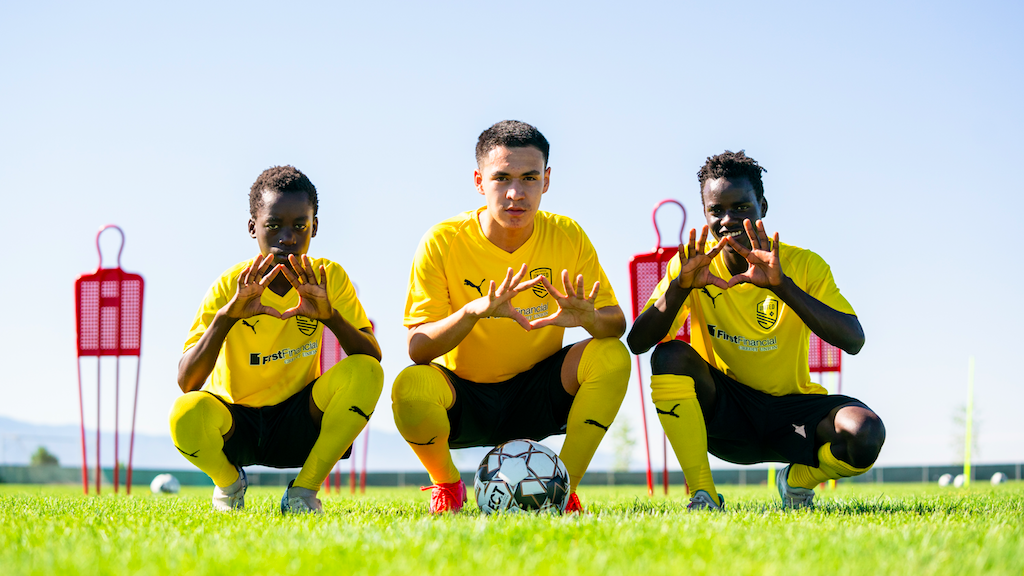 Since New Mexico United was founded in 2018, the club has drawn attention for its passionate fanbase and attractive style of play in the USL Championship. But perhaps even more impressive has been the club’s commitment to its local community, which is clearly shown through the efforts of its Somos Unidos Foundation.

Ahead of the launch of the USL Academy League in 2021, the Somos Unidos Foundation is making participation in its USL Academy program accessible to all young and talented New Mexican soccer players through the High Performance Program. The program provides scholarships to top young players from New Mexico, providing access to the club’s professional coaching staff at no cost to the players or their families.

“The goal of the Somos Unidos Foundation is to support positive outcomes through art and sport.  We can't think of a more appropriate program to support than the New Mexico United Academy,” said New Mexico United Owner, President and CEO Peter Trevisani. “Currently, our next generation of young soccer players do not have a platform or pathway for using soccer as a means to a better future.  WIth the Academy, we can keep some of our most talented New Mexicans exactly where they belong, right here in New Mexico.  They can grow and develop while still living with their families, not the homes of strangers.”

The New Mexico United Academy’s participation in the inaugural season of the USL Academy League’s Southwest Division means that the club’s young players will be able to compete against the top young players from other clubs in the USL Championship, USL League One and USL League Two, lifting the level of soccer in the Land of Enchantment while ensuring equal access for any player who is good enough.

“At the center of the Somos Unidos Foundation's mission is a commitment to dismantling barriers to soccer and providing access,” said Somos Unidos Foundation Executive Director Chanel Wiese. “By making our youth development programs accessible to young players from across the state at no cost to them, we have the opportunity to aid in positive outcomes for them directly. Whether that is elevating their profile to play collegiately, professionally, or just giving them a healthy and productive outlet and a community rallied around them - we care about their future and are honored to play a role in it.”

The club’s USL Academy program will also supplement a quickly-growing youth development pathway at the club, which will serve as a pathway from the grassroots level to the professional first team. With both USL Academy and USL League Two teams set to launch at New Mexico United in 2021, young players in New Mexico will be able to visualize a route to a local professional side for the first time.

“To be able to add layers for player development with a direct line to our first team is another crucial step towards us creating long term success and sustainability for our club,” said New Mexico United Head Coach and Technical Director Troy Lesesne.

From a technical standpoint, the club is focused on the development of each player as an individual, both on the field and off it. Each player passing through the New Mexico United Academy learns the club’s values and is given a specifically-designed Player Priority Plan which guides them through the unique strengths and weaknesses in their games.

“We are going to challenge our players to learn and compete at a different level,” said New Mexico United First Assistant Coach and Director of High Performance Youth Programming Zach Prince. “It will start with learning the club’s ethos: hard work, humility and diligence are the foundation of our culture and each academy player will have to live up to that ethos everyday.  Second, learning the club’s style of play and principles will be critical to them learning how to execute positive actions on the field. We are excited to get started in this process and look forward to our first USL Academy season.”

To learn more about the USL Academy League, visit usl-academy.com/academy-league.