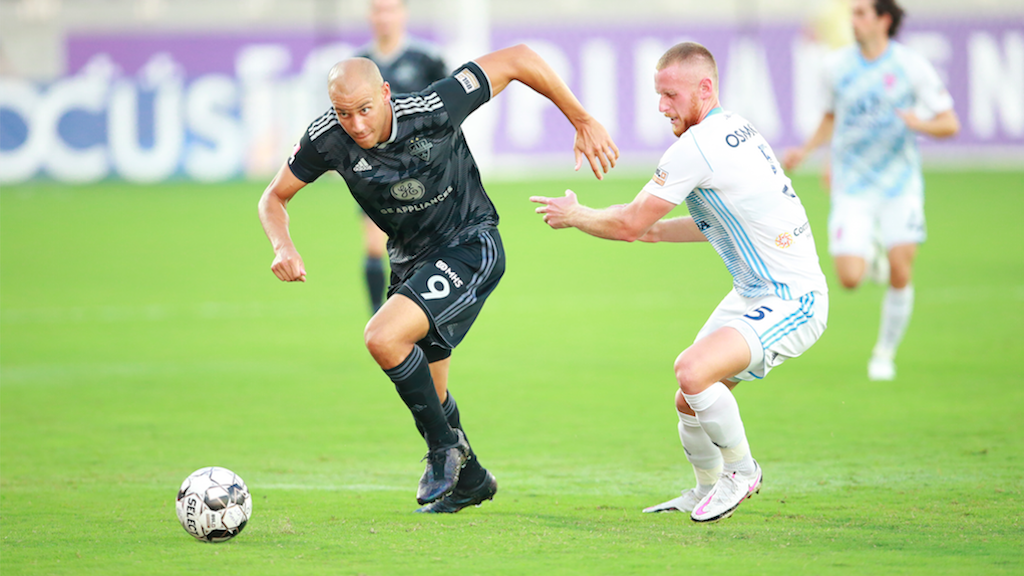 In four years as a player with Louisville City FC, 29-year-old Luke Spencer became a club legend. He tallied 28 goals and 11 assists in over 100 USL Championship appearances in a purple kit, helping the club to back-to-back league titles in 2017 and 2018. Spencer may be hanging up his boots as a player, but the club announced last week that he’ll stay on board with them in a role that will allow him to shape the next generation of LouCity senior team players.

The club announced on October 29 that Spencer would transition to the role of assistant boys director and college recruitment coordinator for LouCity Academy, which was confirmed as a founding member of the USL Academy League’s East-Central Division last week.

“We are excited that Luke and his family have decided to stay in the LouCity organization as he begins the next step of his career,” said LouCity Youth Academy Director Mario Sanchez. “Throughout his time with LouCity, Luke has been a great ambassador for the club both on and off the field. I am thrilled that our academy players and our community will be able to learn and grow from his experience and expertise.”

Though the LouCity Youth Academy only launched its vision officially for youth development back in March, the club has already made tremendous progress in building a pathway from the grassroots level in the area to its senior team. Four players (Arda Bulut, Damir Beganovic, Elijah Wynder and Muamer Ugarak) spent the 2020 season with the team on USL Academy contracts, and LouCity displayed further faith in youth by signing 17-year-old U.S. youth international Jonathan Gomez to a professional deal.

With an experienced player like Spencer getting involved, who knows the club and the local soccer landscape through and through, the future looks bright for young aspiring pros in the LouCity Academy.

“If you look at Lynn Family Stadium, the recently formed academy, the addition of Racing Louisville FC and the development of our new training facility, it is a very exciting time for the club and for the city of Louisville,” said Spencer. “I’m grateful for the opportunity to remain part of the LouCity-Racing family, and I look forward to working with the staff and players in the youth academy.”

For more information on the USL Academy League, visit usl-academy.com/academy-league.