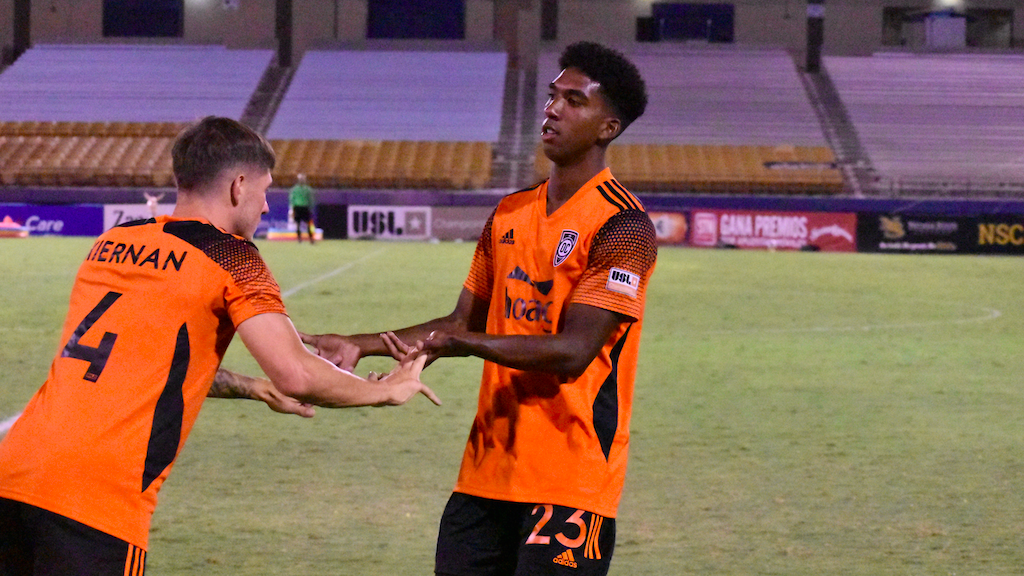 On Tuesday night, 16-year-old center back Kobi Henry became one of the youngest players in USL Championship history to make a start when he did so for Orange County SC against Las Vegas Lights FC. Henry is the latest in an ever-growing stream of young players to receive the first professional competition opportunities of their careers at Orange County, a testament to the club’s ethos of providing talent with a platform to grow and succeed.

“Kobi is a student of the game and he has welcomed the daily challenge to compete with senior players in our professional environment,” said Orange County SC President of Soccer Operations and General Manager Oliver Wyss. “He is very talented and athletic but it is his mentality that stands out.”

A United States youth international, Henry already has experience playing against top competition. He represented the U.S. U17 youth national team at the UEFA Development Tournament in England last February, starting two of three matches for the Stars-and-Stripes. Though OCSC lost 3-1 to Las Vegas, Lights FC did not score its second or third goals until after Henry was subbed off in the 73rd minute.

“Our center backs Orozco and Kiernan have been instrumental in his development and have been great role models for Kobi,” said Wyss. “He has embraced their leadership and is learning every day training and playing next to them.”

With the addition of the USL Academy League competition available to clubs beginning in spring 2021, players like Henry will have another platform to gain high-level competition experience at clubs across the USL landscape. For more information on USL Academy, visit www.usl-academy.com/about or search #USLAcademy on social media.