One of four remaining undefeated sides, San Antonio's spirit has produced on- and off-field rewards 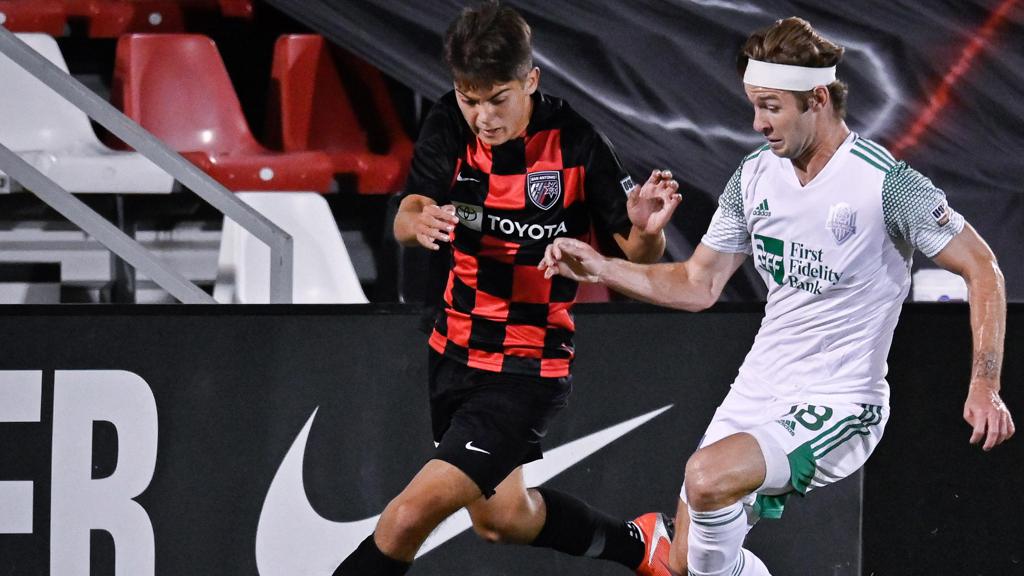 On Wednesday night, Leo Torres became the youngest player to compete for San Antonio FC in the USL Championship in the club's history and completed his path from the U-12 Academy team to the First Team. | Photo courtesy Darren Abate / San Antonio FC

SAN ANTONIO – In the locker room after San Antonio FC’s 4-0 victory against OKC Energy FC on Wednesday night, the time came for Head Coach Alen Marcina to address the team.

Beyond the result, there was additional reason for celebration in the SAFC locker room, and the organization as a whole.

A special moment in the making since 2016! #Defend210 #OurFuture pic.twitter.com/i4tEf9h2rh

“Tonight is a very special night and a big moment for our club,” said Marcina in a moment captured by the club’s social media team. “We have a player here that’s been with our Academy program since U-12. First player to get through our Academy through a full pathway and get his debut tonight. Leo, well done.”

Coming on as a substitute in the 72nd minute, Leo Torres at 16 years, 6 months, 28 days became the youngest player to appear in a USL Championship match for SAFC, and the next big thing to come out of the SAFC Pro Academy.

This wasn’t Torres’ first time in the spotlight, however. He first grabbed the attention more than a year ago, when aged 15 years and 23 days old he signed professionally with his hometown club, at that point the youngest signing in the Championship’s history. Last year he made his First Team debut in the Lamar Hunt U.S. Open Cup, and now he’s added his first Championship appearance to continue the exceptionally bright path that lies ahead of him.

“I want to thank everyone. I want to thank the coaches, the players who support me,” Torres said as his teammates cheered him on in the locker room. “Thank you Alen, too, for supporting me on the field, having confidence in me, and the coaches that gave me the opportunity and… that’s good!”

Torres may have been short on words in that moment as the room erupted in laughter at the abrupt ending of his speech, but the same spirit on display in the post-game haze is an indicator of why San Antonio is one of four remaining teams in the Championship that have yet to suffer defeat this season.

There have been good breaks go the club’s way from time to time, certainly, but there’s a clear camaraderie from the veterans like forward Luis Solignac on down to Torres and fellow former Academy standout Jose Gallegos that is helping produce SAFC’s best season since it finished second in the Western Conference in the 2017 Championship season.

San Antonio faces another key game in its bid to finish the season on top of Group D in the Championship’s regular season on Saturday night when second-place FC Tulsa visits Toyota Field looking to reduce the eight-point gap currently separating the two sides.

As united as San Antonio looks both on the field and off, the drive toward creating not only a successful team this year, but a successful club in the long-term that will see players like Torres feature prominently is progressing exactly as planned.