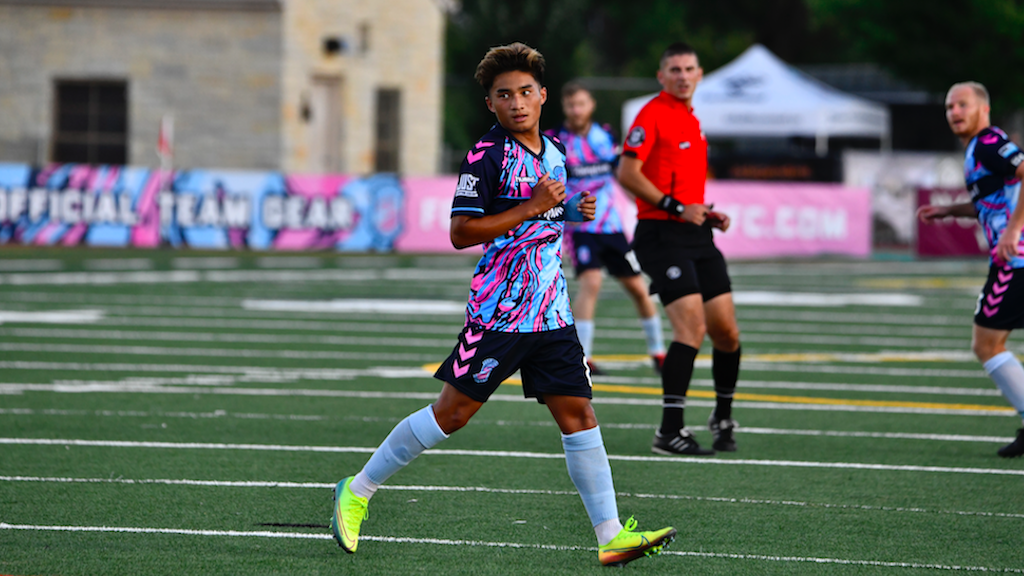 For 19-year-old Forward Madison FC midfielder Michael Vang, the journey to professional soccer has been a bit unusual.

A native of St. Paul, Minnesota, Vang excelled at Shattuck-Saint Mary’s, one of the top high school soccer programs in the country. He received a scholarship offer to play at Pacific University, but made the difficult decision to forego that in order to pursue his dream of playing professionally. To do so, he headed to Portugal in 2018 to sign with third division club Sociedade União 1º Dezembro.

Initially placed with 1º Dezembro’s U19 side, Vang faced a variety of obstacles in Portugal: a language barrier, injuries and a prejudice against American players among them. But the young midfielder put his head down and got to work, earning the respect of his coaches and teammates - and eventually, a place with the First Team.

Despite his progress, Vang made the decision to return home to the United States last January. An unknown commodity to scouts, Vang found an opportunity to continue his professional career close to home, with USL League One’s Forward Madison.

Thanks to the networking help of his older brother, the younger Vang was invited to attend a Forward Madison combine. His agility and technique on the ball quickly caught the eye of Head Coach and Technical Director Daryl Shore.

“We noticed right from the beginning that he was a player who wanted to be around the ball. His movement was really good, his ability to find spots on the field to receive the ball and make passes was really good,” said Shore of his first time seeing Vang. “He was always looking to go forward whether it be with the ball at his feet or with his passing. He had a confidence about himself that made us think he was ready to play at a higher level.”

The strong impression Vang made on Forward Madison’s coaching staff led to the club offering him a professional contract with the senior team. Given the shutdown of soccer activities around the world that went on for a large portion of 2020, Vang had to wait to showcase his skills at the League One level. 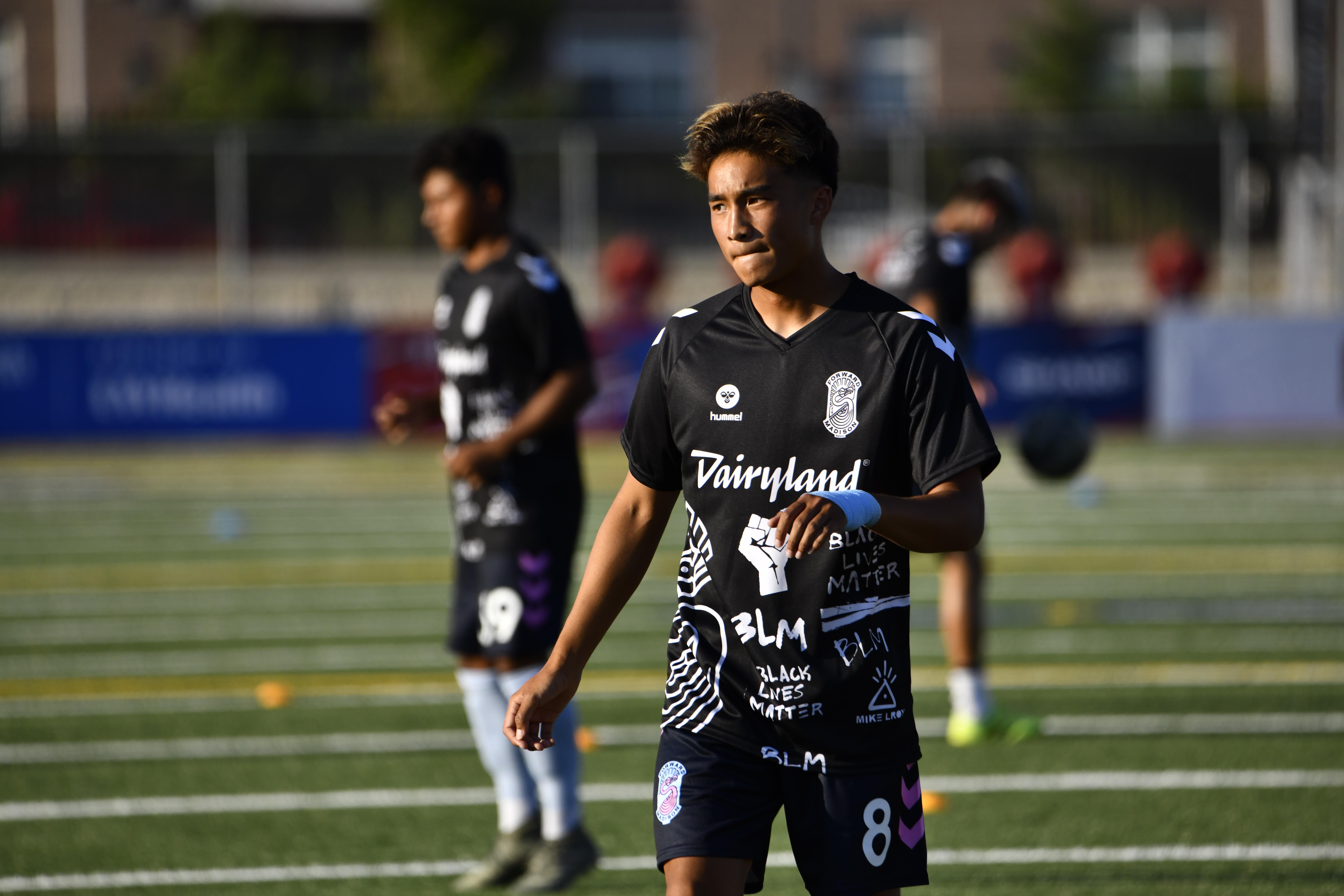 In his first two League One appearances, Vang recorded a goal and an assist / Photo courtesy Forward Madison FC

But now that he’s finally getting that chance, he’s making the most of it. Vang made his League One debut on August 14 in Madison’s 4-0 thrashing of Tormenta FC, and took just eight minutes to score his first League One goal. In his second consecutive start on August 19, Vang again rewarded Shore for his selection by assisting the Flamingos' only goal of the evening in a 1-1 draw with Union Omaha.

For Vang, the opportunity to play and continue developing close to home is every bit as valuable as his rapidly-growing list of accomplishments on the field.

“It’s really great to finally be able to play close to home,” said Vang. “My family never really got to see me play the past couple years in person. I’m glad they can finally come see me play in person, and especially at this level.

“It’s something my family and I have waited a long time for. I’m glad it’s with a great club that fits my style of play. So when Madison gave me the opportunity, I took it without hesitation.”

Vang is a perfect example of the benefits of growing youth development infrastructure at USL clubs around the country. Whereas a club like Forward Madison didn’t exist at the time he chose to play in Portugal, young talents like Vang now have more opportunities than ever to join professional clubs close to their hometowns, while still getting the advantages of challenging themselves daily at a young age against professionals.

“Just being in an environment with guys that show a lot of professionalism has helped me out a lot,” said Vang of his time with Forward Madison so far. “You learn something new every day from all of them. It’s something that I’m grateful for. There are guys that have more experience and are always there to give you advice when you need it.

"You get to see how they work on their craft during training sessions with the amount of concentration and perfection they put into the drills.”

For Shore, finding young talents to bring in and help the team win right away is a key next step in the evolution of Forward Madison.

“I think part of building a winning culture is finding young players who can compete and play at a level above their age,” said Shore. “It is our job as a technical staff to blend young players in with veteran players and make sure that each and every day, all of us are getting better.”

Vang and Forward Madison return to League One action this Sunday against Orlando City B. For more information on the new and exciting youth development initiatives happening across the USL landscape, visit www.usl-academy.com/about.