More than a year after its official launch, we spoke with the head of USL’s Academy platform about where things stand today 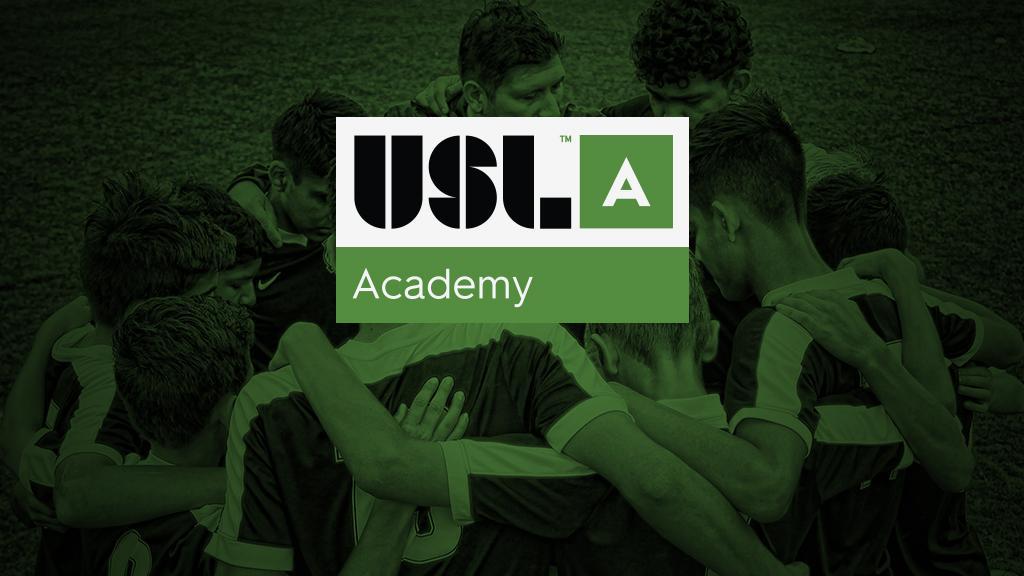 TAMPA, Fla. – It’s been more than 12 months since the unveiling of the USL Academy initiative. Over that time, the program has gained significant momentum at the club level thanks to two highly-successful Academy Cup events in San Antonio and Lakewood Ranch, Fla., respectively, as well as the launch of the country’s first Academy League set for 2021.

Ahead of his appearance in Thursday’s United Soccer Coaches online seminar discussing “Coaching Through the DA Fallout” that can be followed online at 2 p.m. ET, we spoke with USL Senior Director of Youth Development Liam O’Connell on the impact USL Academy has already had, and where it will be heading next going into 2021.

Q: There has been a major spotlight on the future of youth soccer in the United States since the dissolution of the U.S. Soccer Development Academy last week, what has been the impact on the plans for USL Academy?

LIAM O’CONNELL: The truth is – and USL President Jake Edwards mentioned this in his recent interview with The Athletic – the recent headlines have not substantively impacted our plans in any major way. We obviously understand there’s a major shift going on in the youth landscape, but we are 18 months into a five-year plan for USL Academy that started with launching the platform, building resources and consulting our clubs, launching the Academy Cup, and now moving forward with our league model. We are very confident with where we are today, regardless of what those other organizations choose to do.

One interesting thing that makes our efforts unique is that our model doesn’t compete directly with the youth landscape, but instead complements it, and I think that’s one of the reasons we’re positioned to be really successful in this space. We’re encouraging professional collaboration between our professional organizations and their youth counterparts in their community. I think our clubs, and our communities, have really appreciated that flexibility

Q: The current COVID-19 pandemic has clearly affected the USL Championship, League One and League Two. Has it had any impact on the USL Academy’s plans to launch in full in 2021?

O’CONNELL: We anticipate that it will. We don’t want to be blissfully ignorant of those facts. I think the life of a youth soccer player will be drastically different coming out of this. We’re not sure at what point it will be safe for an elite player to be traveling on planes to competitions and getting to games so those are the realities that we have to face. The other one is obviously the financial impact where every level of the game is being affected, whether it’s professional clubs or individual families of youth players, we all as a soccer nation probably have less resources than we did before.

But that’s another reason we’re so confident in our model. Our regional footprint across the Championship, League One, and League Two allows us to regionalize in a way that other organizations cannot. That helps reduce costs in a way that will be really important coming out of this crisis.

Q: When you see that 15 independent USL Championship clubs currently have USL Academy signings on their rosters for the 2020 season, what does that say to you?

O’CONNELL: I think it says two things: One, that our clubs are truly taking a vested interest in their local youth soccer community. And two, our clubs are all in on leveraging the USL as a league that can provide opportunities for young players to grow and play.

It also shows – especially at clubs that are signing players without having full-time academies of their own – that our clubs are doing a really good job of working with the local existing youth clubs to say “who are the talents you already have coming through? And who are the players who you think could use the challenge at another level and would gain from experiencing training or playing at the professional level?”

If we can expand on these and further player’s careers while also potentially earning compensation revenue for their clubs – whether that’s training compensation or transfer fees – then our clubs can look to invest further in their local youth development strategy. That’s when this thing really gets rolling.

Q: There are already numerous success stories from USL Academy programs, how rapidly do you think we’ll see a rise in the number of players like Orange County and the U.S. U-17 international Aaron Cervantes competing in the Championship and League One while still in their teenage years?

O’CONNELL: Absolutely. One hundred percent. Credit to Orange County, too, because I imagine that may not have been an easy decision for their leadership team. They had to be willing to take a risk on Aaron and trust that while he might make mistakes, he’s worth investing time and resources into. Up to now, though, it’s been a brilliant decision because they’re already proving that a young player can succeed – not just contribute – in the USL Championship.

The next big step in that evolution is when one of our clubs, being those forward-thinkers, are able to move on those players and transfer them to Europe or MLS. That’s going to show proof of concept and open a lot of people’s eyes.

Q: In his recent interview with American Soccer Now’s Brian Sciaretta, San Antonio FC’s Jose Gallegos voiced his desire to compete in Europe. Is the aim that USL Academy will set players like Gallegos up for those opportunities in the future?

O’CONNELL: Without a doubt. The funny thing is, when I talk to other technical leaders within USL and across all of our clubs, we always talk about how the goal of USL Academy isn’t to develop players for the USL Championship, but rather for some of the best and biggest leagues in the world. We understand our place in world football and we want to use USL as a selling platform to promote player development. To do that we have to understand that if Jose Gallegos wants to play for the U.S. National Team, be a star American soccer player, he should have goals to play at the absolute highest level.

The UEFA Champions League is maybe a couple of steps above maybe where the USL Championship is, so our opinion is if we can help provide a pathway for young American players to achieve their ultimate dream in soccer and the USL can play a critical role in getting them there, then we’ll all be better off as an American soccer community.

Q: What are the next steps you expect to take, and where do you see the USL Academy initiative five years from now?

O’CONNELL: Our plans haven’t changed. We’re still on schedule to launch an Academy league on 2021 and think we have some really exciting news that will be coming down the pipe on this in the next couple of months. The speed at which we’re making progress as exceeded our expectations, and without giving away too much… I’ll just close by saying that the future of USL Academy is incredibly bright. Stay tuned.