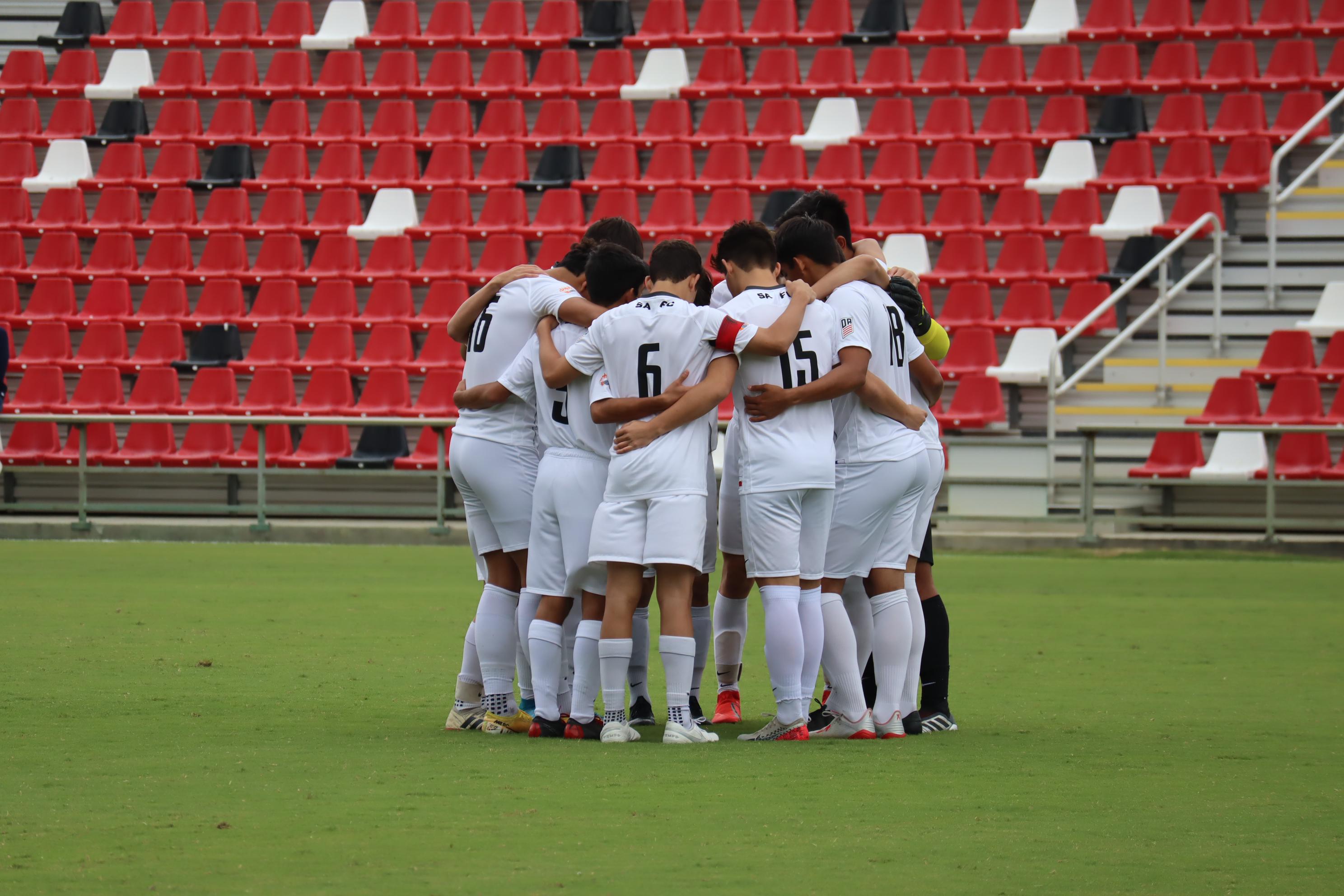 As one of the top youth academies in the country, the San Antonio FC Pro Academy has recently established an excellent track record of giving young players opportunities to compete against professionals with the club’s first team in the USL Championship. Last week’s batch of five new players signed to USL Academy contracts continues that trend.

Of the five players signed, four are SAFC Pro Academy products who represented the club at the USL Academy Western Conference Regional Event last October: defenders Jacob Castro and Sebastian Mercado, midfielder Rocky Perez, and forward Fabrizio Bernal. The quartet impressed at the event, which was hosted at their home complex in San Antonio, and will now have the chance to further their development at a higher level.

“The USL Academy Western Conference Event served as an important proving ground for our U17 academy players in terms of assessing their level of preparedness for next level opportunities within SAFC,” said SAFC Managing Director Tim Holt. “Several of these players have subsequently earned opportunities with our first team and developmentally benefited from participating in this competition.”

A fifth Academy signing, Josh Ramsey, joins SAFC from Solar SC in Dallas, demonstrating the burgeoning partnerships SAFC is forming with prominent youth clubs around Texas. All five earned appearances with SAFC’s first team during preseason, while Perez and Ramsey have also received United States Youth National Team call-ups in the past.

“As a club, we believe strongly in development, progression and competition,” said SAFC Head Coach Alen Marcina. “These players have earned opportunities with the first team and have demonstrated the character and performance to contribute to the environment. This developmental process we know will allow for each player to have a positive impact on the culture and performance of San Antonio FC.”

Over the course of SAFC’s preseason, nine SAFC Pro Academy players earned over 1,000 combined minutes. Another academy product Jose Gallegos recently signed a full professional contract with the first team, and looks set to play an important role for the Marcina’s side despite being just 18 years old.

“It is extremely important for us to be able to provide integrative opportunities for players from our Pro Academy and players who have been identified through our Talent ID Department,” said SAFC Academy Director and Assistant Coach Nick Evans. “These young players are at different integrated stages with the professional team but have each shown that they can contribute to the squad and we look forward to their development over the next USL Championship season.”

San Antonio FC opened the USL Championship season with a 1-0 win over defending title-winners Real Monarchs, with both Mercado and Ramsey earning places on the bench. For more information on USL Academy, visit usl-academy.com or search #USLAcademy on social media.