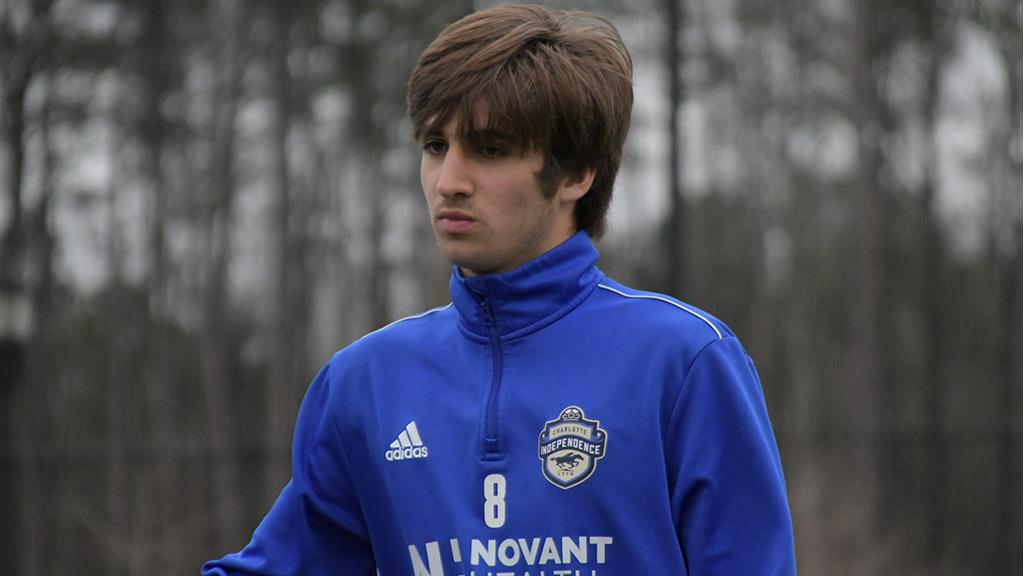 Less than two weeks ago, 16-year-old defender Joey Skinner was at the USL Academy Eastern Conference Event in Florida representing Charlotte Independence. He was a key piece of the best defense at the showcase, a defense which didn’t allow a single goal from open play in three games and allowed just one total goal.

He wrapped up three excellent performances with an incredible free kick, which proved to be the game-winning goal in a chippy contest against Cedar Stars Rush.

On Monday, Skinner signed a USL Academy contract with Charlotte Independence alongside fellow Independence SC product Owen Barber, which makes both players eligible to play for the club’s professional first team in the USL Championship.

“We've been talking about a professional pathway and that's one of the biggest reasons why we established this relationship with the [USL Championship team]; to be able to provide a professional pathway for our development academy players,” said Independence SC Development Academy Director Jeff Bilyk. “For them to be able to get into this environment, play with professionals that do this for a living, it's just an unbelievable experience for our club and players.”

The new USL Academy platform encourages partnerships like the one formed in 2019 between Independence SC and the Charlotte Independence. As more professional clubs create similar partnerships at the youth level, more young players will see a defined path to professional soccer in their community.

As part of the USL Academy development model, Academy contracts and competition will bridge the gap between youth and pro levels for players like Skinner.

“I think it's huge,” said Independence Head Coach and General Manager Mike Jeffries. “I think it's great for the [youth academy] players because they get in and they're training with a higher level and faster speed, with physical, stronger players. So they've got to be able to develop their mental skills and play at pace. I think it's really good for them to know what the next level is as they try to get there.”

Skinner will have the opportunity to earn first team minutes for the Independence in the USL Championship this season, competing against professionals while still a teenager. The Independence SC youth partnership is already paying dividends for both the club and its players, and expect more players to follow in the footsteps of Skinner by signing Academy contracts with their clubs' professional sides after competing in USL Academy play.