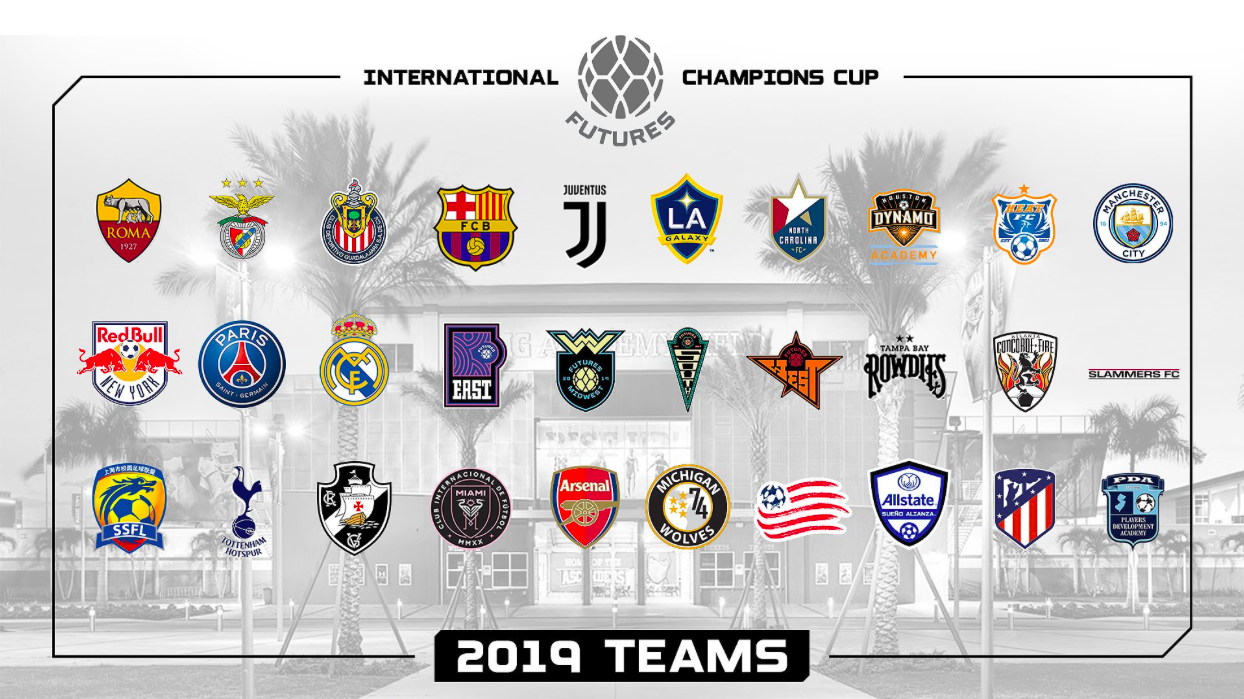 This December, academy teams from two USL Championship clubs will take part in one of the world’s premier youth soccer tournaments. U14 Boys teams from North Carolina FC and the Tampa Bay Rowdies will head to the IMG Academy in Bradenton, Florida to take part in the International Champions Cup Futures Tournament, where they’ll compete against top academies from North America, South America, and Europe. USL partner Allstate Sueño Alianza, which is dedicated to the development and support of Hispanic youth soccer in America, will also field a team at the event.

ICC Futures features players who could very well be global soccer’s stars of tomorrow. Some of the most iconic academies from around the world are represented, including a team from FC Barcelona’s famed La Masia, Manchester City, Benfica, and Real Madrid. Created as a platform to showcase the world's most talented and dedicated young soccer players, ICC Futures will bring those players together in one location.

Allstate Sueño Alianza and Tampa Bay Rowdies will play together in the same group, which also contains Arsenal of the English Premier League and AS Roma of the Italian Serie A. North Carolina FC’s academy squad will face another Italian giant in Juventus, as well as Brazilian club CR Vasco da Gama and an all-star team from the Midwestern United States put together by the ICC.

Both the Rowdies and NCFC will field teams at the upcoming USL Academy Eastern Conference Regional Event in February 2020, as well as the inaugural USL Academy National Event in May 2020. In continuing to push their youth players to play against the best competition from around the world, USL clubs are enhancing their potential for developing and integrating top young talent. In the meantime, look for NCFC, the Rowdies, and Allstate Sueño Alianza to hold their own at the ICC Futures tournament.