Riverhounds SC Academy on the Rise 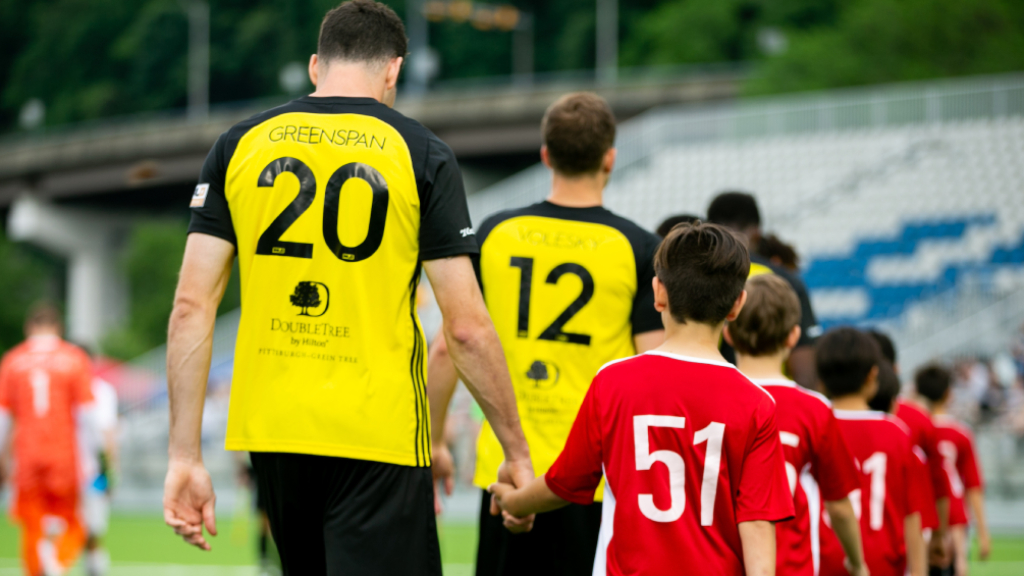 Making strides in the academy space like few other Championship clubs in the United States, Pittsburgh Riverhounds SC has continued to build from the ground up by increasing opportunities for young players to experience the professional game.

Pittsburgh’s Pathway Program and Apprenticeship Platform – both of which are in their second year of operation – have helped the club generate development and educational chances in their youth systems by providing a way for players aged 9 and up to work more closely with the First Team.

“We’d love to go down the line and have one or two of them sign a USL Championship contract while keeping into account their college eligibility, but with these programs in place we have the right synergy and energy between the pro club and academy staffs that we need for the model to be successful,” said Pittsburgh Academy Director Scott Gibson.

“You want that pyramid and culture in the club from top to bottom. That goes for staff, players, and then young players all the way through. We are a pretty family-oriented club as it is and the academy is still relatively new, but we’ve done a lot in that short space of time.”

The Pathway Program, which was introduced when Riverhounds SC Head Coach Bob Lilley took his post ahead of the 2018 season, is designed to have 9-12 players cycle through on a 2-3 week basis, allowing youth players to gain exposure to the First Team through meals, training sessions, and various match preparations.

Under the direction of Lilley, the youth players are essentially handed the opportunity to live the life of a professional and be thrown right in the deep end with the players in training.

“From an experience standpoint, some of the boys have done exceptionally well and some of them have struggled; that’s part of it,” said Gibson. “Bob comes back to our staff and provides feedback on what a player has done well and what he needs to improve on so that next year, if that player was cycled back in, we could build from there.”

In a similar vein, the Apprentice Platform provides kids of an even younger age on the boys’ side a taste of the professional life on a smaller scale.

“We piggybacked off the Pathway Program to create the Apprenticeship Platform because, what we noticed when we first started the academy program is that the girls were kicking off quicker and what we’ve seen recently is that the boys are just now catching up and getting stronger,” said Gibson.

“We wanted to put something in place for our boys U-10, U-11, U-12, etc., where we could replicate the idea of cycling players in based on a number of different factors, but less players in for less time. This is more of a one-week deal where we have a home game at the end of the week on Saturday. These players will come in and warm-up with the first team and do a little bit with the ball Monday through Wednesday – just something to whet their appetite – then watch the session, latch onto a pro player, and we’ll put them to work and maybe have them clean their boots or do something a little old school. The kids love it. They feel like they’re a part of something.”

The model, according to Gibson, pays off both ways with the Hounds First Team players able to pay the concept forward for aspiring youth in the area.

“We’ve had no negatives come from this,” said Gibson. “The biggest players involved on the pro side over the years are our captain Kevin Kerr, Joe [Greenspan], Neco Brett … they take the kids under their wing and have been great. But, at the same token, they want to give them a true experience. It’s not like they’re going light on them; they’re pushing the kids a bit and that’s what we want.”

Gibson stresses that while there is a lot of work still to be done in order to reach the level of academy that Pittsburgh wants, the ability to increase chances for young players to get involved is the most important aspect of any youth-pro partnership.

“We can give kids that are 10 or 11 a taste of the academy setup now and, if they kick on, we may even be able to have them off at college to then come back and turn pro and that’s the true developmental model we want in place,” said Gibson.

“We just want to light a fire under a few kids and help them realize that, if this is what they want to do, they need to keep working for it.”